Helen: some Kickstarter campaigns just jump out at you. When I took a look at PiJuice it was obvious it was the real deal – they’ve only gone and sorted out portable power for the Raspberry Pi, with bells on. Their Kickstarter runs until Tuesday, so you’ve got the weekend to jump on board. Here’s Aaron Shaw to tell you more.

I started playing with the Raspberry Pi since the very beginning and after being involved in The MagPi and various other activities I am now fortunate enough to call Raspberry Pi tinkering my “work”. The thing that got me hooked back in 2012 was the hardware and physical computing capability – writing code to do things in real life (probably because of my background in Automotive Engineering) and I still spend a considerable amount of my time just learning new things and playing around with everything the Raspberry Pi has to offer. It has been a fantastic opportunity and I want to share it with as many people as possible. Around a year ago I met Harry Gee from PiBot and we started by just throwing around our ideas for how we could help to make the Raspberry Pi even better. One of the things that we had both found difficult was creating portable or remote projects – it was of course possible, but it was just a lot harder than it needed to be. This ultimately led us to the idea of making a neat, safe, portable power solution for the Raspberry Pi to allow people to do even more exciting things with their Pi, whilst saving a lot of time and effort in the process. We’ve called this the PiJuice and it’s the ultimate product for portable and remote Raspberry Pi projects. The idea with PiJuice was to remove a barrier to entry from portable Pi projects so that beginners and professionals alike could focus on building, making and learning rather than worrying about the complexities of lithium battery charging and other electronics issues, whilst reducing the costs in the process.

Maker Kits – Made for Makers

PiJuice is more than just an add-on board. We are passionate about education and are keen to turn PiJuice into a modular project platform – a way to allow people to build their awesome ideas much more quickly and easily.

To kick things off and provide some inspiration we have developed a number of exciting tutorials and projects including a Raspberry Pi games console, a compact camera, a Pocket Pi and more.

We are calling these Maker Kits and they are already available to purchase in kit form from our Kickstarter page and are being uploaded as free guides on Instructables.

These guides will soon be turned into high quality step-by-step guides that you can either use with our Maker Kits or to build and make your own.

Free Off-Grid Power To the Pi

When creating Raspberry Pi projects outdoors we’ve also been interested in using solar power as it is free and renewable. We’ve worked hard to create an efficient and low cost solution that will open up new off-grid and sustainable applications for the Raspberry Pi.

Additionally, we are actively investigating possibilities for affordable wind and thermoelectric power generation with PiJuice Solar for added flexibility.

What would you do with yours?

We are really interested in what you want to do with your own PiJuice. We want to create the projects that appeal to you the most, so please suggest us your ideas in the comments, or on Twitter (@ThePiJuice) using the hashtag #ProjectPiJuice to get our attention. We will turn the best of these into free projects for everyone to enjoy!

We really hope to help as many people as possible create awesome portable Raspberry Pi projects as well as continuing to create beautiful guides for cool projects! We’re currently coming to the closing stages of our Kickstarter and would appreciate any support to help make PiJuice even better – http://pijuice.com. 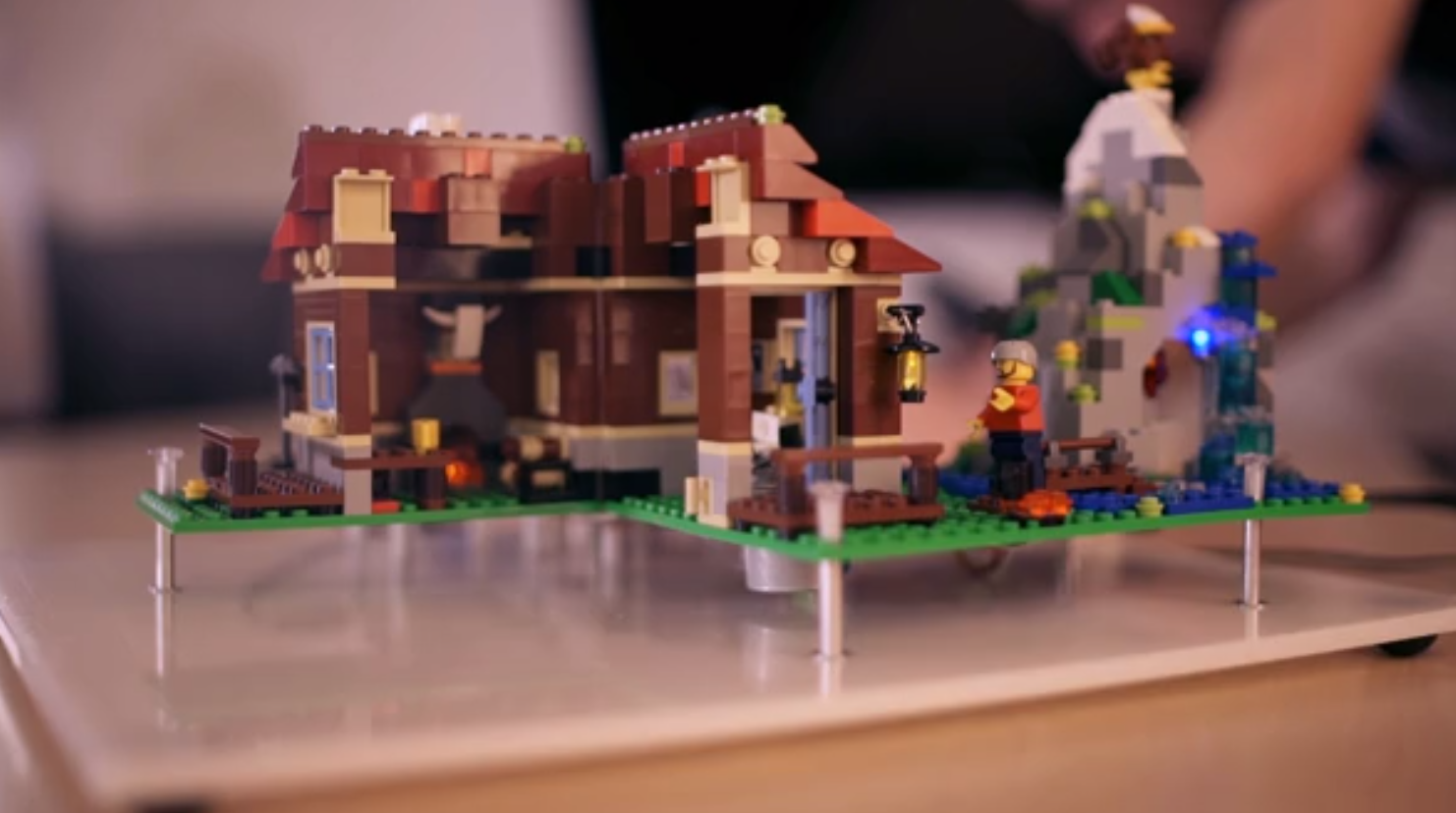 Awesome project! Grats on being able to turn this hobby of ours into “work” :)

It was completely unplanned but totally awesome to be in that position. Learnt so much it’s ridiculous :-)

Hi Shea! Back in the office today after a few weeks working out of the country, and found the new edition of your book on my desk – thanks ever so much for the dedication!

Awesome project and I’ve backed this. I’m losing track of the number of Raspberry Pi projects on Kickstarter I’m backing. So much to do so little time…

Tell me about it! So many goodies, so little time.

I’ve signed up for a maker kit and a solar power kit. I guess I need a lottery win.

The PJuice seem to fill a great need for remote project and I will certainly buy one or two.
Perhaps even as a UPS for critical projects like Home Automation.
The RPi does not like sudden power loss since it can corrupt the SD Card.

And you are welcome to use excellent, awesome or any other superlatives you can think of – we don’t mind ;-)

True, awesome is an overused word and I know I used it. I allowed myself to use it this time as form of encouragement. :)

My juice (and coffee) consumption have definitely gone up since starting this project ;-)

Like the Idea, something I have done some major research into. Hope it can make it to the US.

You can already order from the USA :-)

I just backed this on kickstarter, cannot wait to receive it until May !

I hope you get massive amount of orders so the price point drops a little ;)

This is awsome! It is nice to see there are people that come up with an easy way to go about having power (I never was to interested in remote projects before because of haveing to mess with getting a remote battery)

Great work, Aaron. Now hurry up and gimme my PiJuice :)

Working on it very hard. Will ship as quick as we possibly can!

For me, I’ve been looking for a really compact solution to provide power to George, my Raspberry Pi Robot. PiJuice absolutely nails it.

i am very sad. as i wanted to support this initiative they are only offering visa payment by giving my card informations to kickstarter and/or them. in nower days this is a no go. i would appreciate to pay by amazon or paypal.
think about it. maybe you can change this as others are doing at kickstarter.
thnx

You can now pay by paypal or Bitcoin at http://PiJuice.com

I am so excited about the Raspberry Pi 2. We have ordered one and it is on its way. We look forward to experimenting with this thing. I found a whole bunch of neat things at the Lego website that would be fun to include in a project. Lego have Servo motors, robotics, sensors, etc. Just think of the fun projects that can be enjoyed combining Lego with the Raspberry Pi. Oh, hurry up and get here….

The portable power issue is the one that has made me think the most when it comes to some projects. There are options out there but I have always been left wondering if they or something else was the best solution. Same for solar. :)

Just wondering, is this project similar to a ‘power-bank’ ?

Well the only similar part is the battery.

This allows you to do much more, in conjunction with the Raspberry Pi

Will it work with a normal raspberry Pi model B.
I have been waiting for something like this for ages. I hope it will be better than those junky portable phone battery chargers.

Yes it will work electrically, but not mechanically…i.e. this is a HAT module and takes that shape.

O….M…..G!! Solar powered?! This never crossed my mind. If this happens I will have it everywhere!! I go to places, I like free camping and stuff, now I will have my own computer with me… pls make it possible

Is it already runing?
Can I buy it?
Would it run as an Raspberry Pi UPS?

Here is the link to pre order – https://pijuice.backerkit.com/hosted_preorders/

why not make a wire from a hdmi to av port

Just wondering, is it already running?

This looks amazing! Will HATs still be able to be used on top of the PiJuice?

Yes you can use other boards on top

gaaf as we Dutch say!
I want to take my pi with me on my next long ride to Tibet and was looking for a powering solution when I came across this affordable solution.

This is such a great idea!! When is it supposed to be available to consumers?

I’ve ordered (and paid) my pijuice a month ago soon but I haven’t heard when I would get it delivered. I did send a few email without any replies unfortunately.
How can I get updates about the status for the order?

These are currently being sold on a pre order basis and will be shipping towards the end of June / mid July.

You can email PiJuice at pi-supply dot com if you need any more info.

hi i ordered a pijuice on 30th July and I have not yet received it, the e-mail address given above does not exist!!!