I don’t think there’s anyone here at Pi Towers who doesn’t use Steam for PC gaming, and we were all watching the various Steam Machines that got trotted out at this year’s CES with great interest. There was one $500 Steam Machine from iBuyPower which pleased and surprised us by appearing to have a Raspberry Pi jammed into the bottom of the case. (Word of God here is that they’re using it as a temporary measure while in development to control the LEDs around the edges of the box, but we like to imagine that they’re using if for other, super-seekrit stuff.) And then, over the weekend, DaveSpice pointed me at this thread on the Raspberry Pi forums. It made me think of iBuyPower’s Steam Machine, only with all the bits that aren’t a Raspberry Pi removed.

What Dave had found was a discussion about something called Limelight, newly ported by one of irtimmer, one of our forum members. Limelight is an open-source Java client which allows you to stream games from your home PC (as long as you have an Nvidia GTX 600 or 700 Series graphics card and enough bandwidth on your home network) to the Raspberry Pi that’s attached to your television. (You do have a Raspberry Pi attached to your television, right?) And it’s not just Steam games: any content can be streamed. Right now, only mouse and keyboard are supported, but there’s work being done to support other controllers too. So now you can play PC content from the machine upstairs in the study on that great big flatscreen monolith in the corner of your living room, from the comfort of your own sofa.

In the first-impressions video below from leCauchemarXY on YouTube, the screen on the left is displaying content streamed by the Pi. You’ll notice that there is some lag: enough that I wouldn’t be totally happy playing certain FPS games against certain people (or some RTS games like Starcraft, especially if I was playing Pete S, who is terrifying in charge of Zerglings). Your network may vary.

So what you have here is (kinda sorta) a Raspberry Pi that’s acting as a $35 Steam Machine. We’re going to be experimenting with Limelight here at Pi Towers when we’re finished with January’s education conferences and workshops, seeing how it performs in Cambridge, streaming over a fast network from DaveSpice’s gaming PC back home in London. We’ll let you know how it goes.

Limelight is available to download from irtimmer’s GitHub, where you’ll also find complete instructions on installing and using it. Please tell us how you get on in the comments! 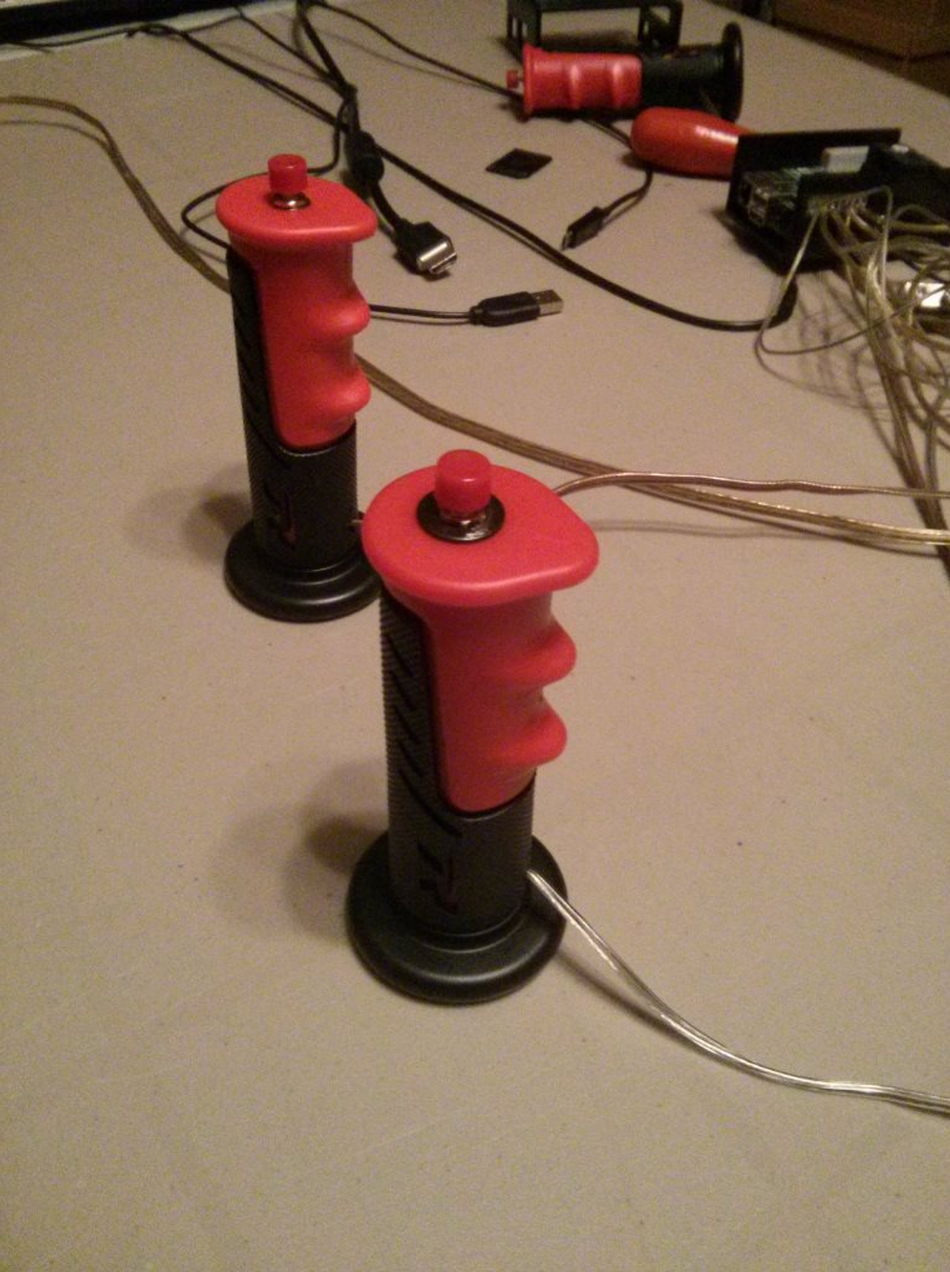 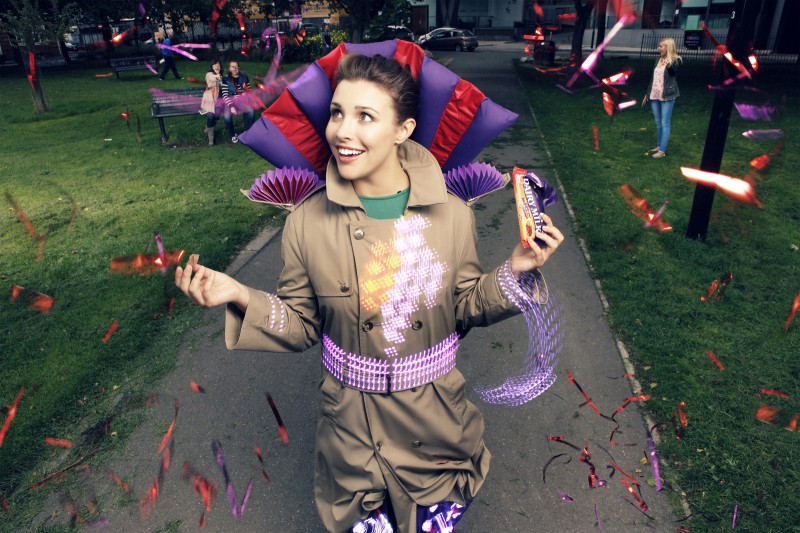 Maybe if it was coded in something else than Java it would perform faster ? (real question here, no troll, please do not hit me :D )

Java has been *much* faster since the hard-float version was released last year; you may have only played with soft-float Java on the Pi, which was…clunky.

I’ll definitely give it a try as soon as I finished to move my stuff around ! (and at that point, my Pi will suffer under the sudo update & upgrade :D )

This project is so promising anyway for so many reason and use.

Java isn’t really a bottleneck because it is only used to move some data around and the decoding is done outside of java. Although there may be some things in the java code that can be made faster. Like less buffering

It’s a shame it requires an Nvidia GPU, because I would have liked to try it.

Cool! There needs to be more stuff like this on Pi!

Do I have a Pi attached to my TV? Actually…I don’t. But it’s because I don’t have a TV to attach one to.

(I don’t use Steam, either, but that’s a separate issue.)

You don’t fool us for a minute, Hal, as our spies have seen you lugging around all manner of rectilinear monoliths to Jams at the Computer History Museum in SillyCon Valley and DunDraCons in the area. Just because they don’t happen to have tuners built in doesn’t mean you can’t be caught watching videos on said monoliths of jousting matches and the latest (circa 1853) techniques for making real chain mail and swords. Let the hatred of TV strengthen The Force as it washes over you and permeates every pore of your being … it will only make The Force that much stronger! :D

We need to investigate Limelight as a way of attracting attention on one, or more, large-screen monoliths sitting up on the counter at our Jams. People will be curious as to what we’re running when they see the Pi collection and high-frame-rate HD video being displayed on big-screen HDTVs behind our other devices. The large screen displays used at the museum were all donated by Fry’s (over 300 of them) as they were end-of-production units being cleared out to make room for newer models, and they have a few behind-the-scenes on carts that can be deployed for events.

I have met Hal. He’s *totally* watched TV at some point in the last 50 years. And he only doesn’t use Steam because he’s a *really weird* kind of hipster. :P

(We really miss you guys – looking forward to our next trip to SF!)

It will be free and will offer what steam does but also more geeky retro stuff….

Does this obsession with monoliths have anything to do with the planned mission to Europa? I’d be really careful with that one….

It loses connection when trying to start the audio for me :(

Oop, got it working! Quality isn’t great because pi and pc are both wireless, gets bad lag and artifacting. Will try wired soon but yay!

Same issue for me, connects for a second (I can see the steam), then exits with audio issue. I am using Raspbian OS and am a linux noob.

How did you fix the audio problem?

Hey, sorry didn’t know there was a reply. sudo apt-get ‘alsa alsa-tools’, and then load the audio driver by typing ‘sudo modprobe snd_bcm2835’. After that try limelight again and it should work!

it’s ‘sudo apt-get alsa alsa-utils’ not what I said before! sorry!

please valve. go support rpi :) this solution is only fpr nvidia and not for everyone, but its rly nice to see.

So what’s the cheapest card that supports this ?