The Internet of Things had been around for a while (since 1982 apparently) but it’s still a bit of a mystery to many. The concept of hooking up physical devices and letting them talk to each other is great, but how do you get started? How do you get useful data from them? I’ve been playing around with IoT this week and came across this great starter IoT project for the Pi, a people counting project by Agustin Pelaez. It’s an oldie but goodie and worth a mention because it’s as simple as it gets in terms of IoT—a sensor sends data to a server, which then presents the data in a nice, human-friendly form. It’s also as cheap as chips—apart from a Pi you only need a passive infra-red sensor (PIR) as used in several of our resources. We love PIRs: they cost a couple of quid, connect directly to the Pi GPIO pins and they can be used for all sorts of useful and/or mad projects. The basic Ubidots account that stores and analyses the data is free. So this is an ideal IoT beginners’ project— cheap, straightforward and can be adapted to other projects. (Note that there is a bug in the code, peopleev = 0 should read peoplecount = 0.) Node-RED on Thingbox, controlling LEDs on the Pi via the web (Photo: thethingbox.io)

If you want to dig further without too much pain, the ThingBox has an SD card image for the Pi that allows you to “Install Internet of Things technologies on a Raspberry Pi without any technical knowledge” and has a number of basic projects to get you started. It works with Ubidots out of the box and has a number of tutorials that will help you learn common IoT tools like Node-RED on the Pi (including a PIR counter project which is a nice compare-and-contrast  to the Python based one above.)

I like the ThingBox a lot. It lowers the activation energy needed to get started with IoT on the Pi (actually, it makes it easy) and it allows all Pi owners access to what appears at first glance to be an arcane … Thing. The Internet of Things is fun, useful and empowering, and a natural extension to physical computing using the GPIO pins on the Pi. Hook up some Things today and have play. 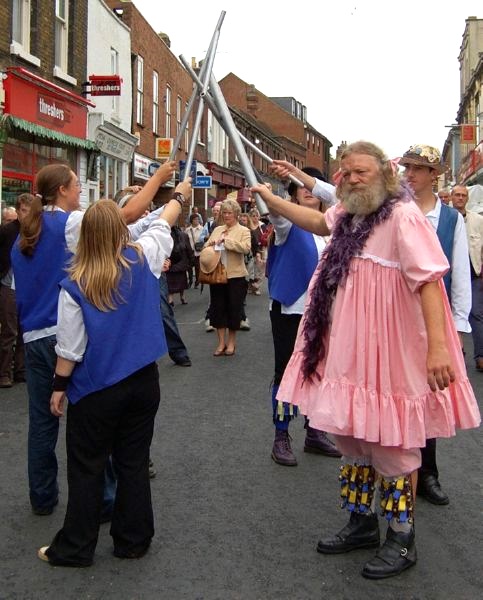 1982 is a bit early, the Internet still wasn’t open to anyone outside the military, IT companies, research and academia at that time.

The internet not the interweb!

The first online thing in 1982 was a remotely launched ICBM part of darpa research project skynet. Have you never seen the movie ‘wargames’ ??

The ARPANET of Things then.

Sigh… Aside from the very serious concerns about security and privacy, what I want to know about IoT devices is… How do you get them the SHUT UP?

Otherwise…neat projects and I hope lots of people have lots of fun with them.

“How do you get them the SHUT UP?”

don’t supply your network gateway address to it. This way it will most likely not be able to talk to the outside world.

Yes i agree it is a HUGE security and privacy issue.

Hi Clive, thanks for sharing! I cleaned up the code a little bit following the bug you mentioned. Best, -Agustín

Thanks Agustin, we thought it was really simple, low cost way to play with IoT :)

Thing on a Spring.. Classic game for the ZX Spectrum and Commodore 64.. Those were the days!

I ran it on an emulator to take the screenshot — the theme music is instant time travel :) (and a damn good SID chip tune too!)

I finally figured out why we need to pay attention to the IoT after realizing why my toaster needs to be able to talk to my refrigerator over the Internet. How else will they be able to share appliance … ummmm … let’s call it “emotionally exciting stimulation” for a four-letter word that’s an abbreviation for an 11-letter word that begins with a “p” :D

I teach a Cisco Certified Networking Admin (CCNA) course in high school that’s normally taught at the two-year college level. The moment a student passes the certification exam, their e-mail inbox immediately starts filling with hard offers in the upper five figures with no other courses or even a two-year degree needed. No technical background or other knowledge is needed – the course is completely self-contained, and one of the first slides shown is the growth of the number of devices on the Internet. There are currently around 12 billion (yes, with a “b”), and the number is expected to reach 20 billion by 2020, just five ever-shorter years from now.

About 90% of the Internet routers and switches world-wide were made by Cisco or one of its subsidiaries (e.g., Linksys for non-commercial routers) and they’ve opened over 10,000 Cisco Networking Academies around the world to keep up with the demand for certified network admins who are needed to configure and maintain the routers and switches that connect all of those Things together. It’s a great way to fund further higher education toward any kind of college/university degree BTW, so that you don’t need to find scholarships or go into horrendous debt.

While someone who would naturally gravitate to such work would obviously do very well in this curriculum, if you know of a student who just can’t fit into typical coursework, you could do a lot worse than to suggest they look into becoming a CCNA while they figure out if there’s something else they want to do with their life.

Nice piece. Node-Red makes the IoT a real doddle. One of my Raspberry Pis has tweeted way more than I have. It tweets the local weather forecast, the temperature of the room it’s in and also responds to #cheerlights to st the colour of an RGB LED via the ShrimpingIt Arduino clone.

Sounds good! You have a write up / tutorial?

Guys, check-out our IoT Web Platform: Apio OS.
It’s a platform made with Node.js, AngularJS and MongoDB that let you create and manage every connected object by it’s graphical interface. The system use and object-oriented structure with and event’s engine: we work a lot with web sockets.

Let me know what you think about it!

guys, i need to connect internet from raspberry pi to my pc through router can any one guide me how to do it. Am new to it