Pato is a little green bird who Jorge Rancé found, injured, on the street in Barcelona, and rescued. He was in a bad way, with a broken leg and the feathery equivalent of a terrible hair day. Pato after a visit to the vet, his broken leg in plaster

Jorge took Pato to the vet to be patched up, and took him home to recuperate in a large birdcage at his house. But he worried that he wouldn’t be there to oversee Pato’s recovery while he was at work. Fortunately, Jorge has a Raspberry Pi. So, using a Pi-Face to interface between the Pi and some sensors, he set up PATOSS: Pato Surveillance System. Now Jorge (and you) can check out how Pato is doing from anywhere in the world.

PATOSS monitors Pato’s recovery by streaming video of what he’s up to to the web, checks on the ambient temperature and the water levels in his little dish, and tweets once an hour to let Jorge know whether everything’s as it should be, with a live picture from Pato’s webcam. The data is transmitted via a wifi dongle. (If you’re following the PATOSS feed today, don’t panic; Jorge says that the water level monitor is not currently hooked up, so it’s reporting low levels, but Pato does actually have plenty to drink.)

Jorge has full build instructions on his website, with a hardware list (and prices), code, diagrams and tips on housing. The whole PATOSS system is Creative Commons licensed so you can adapt it for your own needs – it’ll be interesting to see if anyone comes up with a Raspberry Pi camera board variant. This sort of build is easy to replicate at home. We think it’s a particularly good project for kids with small pets at home who want to apply some computer science to something they really care about. They’ll be able to see real-world results and share them with friends: what could be better than being able to check up on Woffles the hamster’s daily grind via Twitter from school? If you and your children’s pets end up using a PATOSS system at home, please let us know – I’d love to share your results! 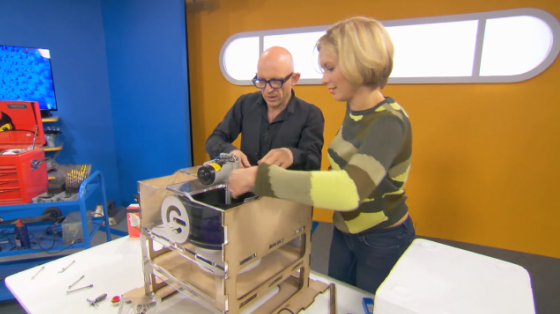 Awwwww. :-) Hope this catches on – plenty of schools have classroom pets that need monitoring as closely as this!

Lorna and I nearly melted with love when we saw Pato for the first time. I’m very glad he seems to be recovering!

time for an office budgie? i’d avoid parrots or miner birds as the temptation to teach them naughty words might be too much for SOME people (mentioning no names but the forum handles rdb, dom, gsh & clive spring to mind)

I tell you what you need: An office Magpie?!

Miner birds? Are they the ones that live in holes in the ground? Or did you mean mina(h)?

No to be confused with minor birds, who aren’t allowed to buy alcohol.

Could we rig a RPi as an educational device to teach it rude words?

Very interesting.
I wonder how the Raspberry itself is powered; how does hi manage to power all does USB devices without a powered USB hub? With my Raspberry 256MB I have a lot of power problems…

Everything powered via the RPi. I’m using an iPad power supply (5V 2A) .

Why not use a parakeet-wheel-driven generator? After his leg has healed, of course.

I think perhaps you’re thinking of hamsters. They’re the sprinty things on wheels. Parakeets are the flappy things with wings.

What an excellent definition of a parakeet!

OK, so maybe Pato could flap hard enough to drive a wind turbine …

¡Macanudo muy bien hecho!
( in the words of my Chilean friends)

Very cute. Thinking of something similar for my Quaker Parrot (same species as Pato) as well. Just need to find the time to build it…

Aha! I was wondering what species Pato was. Thanks for letting us know!

AKA the Monk Parakeet. They’re native to Argentina, where they’re considered an agricultural pest. Eslewhere they’re an invasive species, and range in the wild as far north as Brooklyn in North America.

Ahhh… How could you consider the sweet thing to be a pest?!

Have you heard one up close? ;)

(but seriously, they destroy crops in huge flocks)

they live in greenwood cemetary.

The Spanish name for this specie is “Cotorra Argentina” ^^

the image size is 600 x 450. how did he get this, as the best i can get from MOTION is their default 352 x 288. One can change the etc/motion/motion.conf file but it only supports various size configurations, either too small or too large.
(?)

yes – did that at that file path, ( read my original comment ) and plugged in numbers to match the usb cam’s native output. Still no joy. Am using the latest Motion release.

mystery abounds.
a Pi Camera circumvents the need for motion, but there is an advantage in a usb camera, In my circumstance he Pi can’t be closer than 250mm from the camera, but the PiCam limits that to 150mm.

Why not use fswebcam instead of motion? If you are just taking a picture every 60 minutes? Had great results using that, Got 1280×720 with my HD webcam.

It’s sooooo cooooool that people is interested on this project :)

Pato is doing perfectly fine. If you don’t see him on the cage is because I leave him flying free on the living room several hours a day ^^

He’s a Pi geek, he rescues dear little birds, he lets them fly around his living room. Ladies, form an orderly queue.

It’s very cool indeed, Jorge. I’m thinking of doing this in my kids playroom so I can check in from work. May not post pics via twitter (wife wouldn’t like that too much) but VPN to the home network for check-ins or something like that.

A PATOSS cam? I really hope this isn’t an example of prophetic fallacy where we’re signing up to observe an unfortunate ending.

Is just a way to monitor how the bird is doing when I’m not at home… nothing to be worried about.

Great work! Wonder if someone working at a {insert random British/US city name} RSPCA sees this post and gets creative ;-) That was my first thought anyway. I envy the creative minds that put their genious to good work.

I just hope that free-roaming Pato doesn’t meet uno Gato that sneaks into the home when Jorge is coming and going! :(

Actually, I do have a cat too xD

However, when I leave Pato flying around the living room I do close all the doors in order to do not let the cat to go inside the room ;)

“…close all the doors…” Yeah. That’s not going to help.

Now you need to learn the hardware side and rig the water (and food?) to auto-fill. You could have like a big jug of water at the top of the cage with tubing going down to the dish. When the Pi senses that the water level is low, open a valve or tip the jug or something like that and bravo.
Andy

Ah, but then you wouldn’t have the fun of interacting with Pato when those jobs needed doing!

Now you need to add a microphone so that louder-than-usual sounds (him making noise!) can also be transmitted. In other words, *real* tweets, until such time as you teach him to talk. We could never have done anything like that with our parakeet Jerry. A certain member of our family called B-S on everything Jerry said- so he started doing it too…

Pato is so cute and the system you have set for him with Raspberry Pi is interesting. He is recovering with your efforts Jorge, that’s great. I haven’t seen a Pato before and it seems similar to a parakeet, right?

Very cool! I love this parrot, but I wonder if it would be possible to build a similar system with the Raspberry Pi camera board?