Dave Conroy has done something pretty exceptional with his Raspberry Pi: he’s turned it into a speech-recognising translator that recognises 60 different languages, and plays its native-speaker version of your phrase back for you. It can cross-translate between thousands of language pairs.

Hands up: I admit it. This is an application I just hadn’t imagined someone using the Pi for, and that it’s all done with free software on a tight budget is something that made us all smile. There’s no reason that this project can’t be shrunk down and made portable, which is great news for the likes of me and some of my friends in Japan: we have terrific conversations but they all involve a lot of mime, drawing on napkins and the help of two phones running Google Translate.

Google Translate and Microsoft Translate’s APIs are central to being able to create a project like this Raspberry Pi universal translator. Unfortunately Google has started charging $20 use of its API, but Microsoft’s API (in a bit of a reversal of what we’re used to) is currently still free, so Dave has been using that instead.

Dave’s done a beautiful job with a tutorial, and has made all his code available on GitHub for you to use or modify. As he says, even if you’re not interesting in building this translator, there are still many parts of this tutorial that might be interesting to you (speech recognition, text to speech,  translation APIs). Let us know if you build your own – and let us know what you might be using it for! 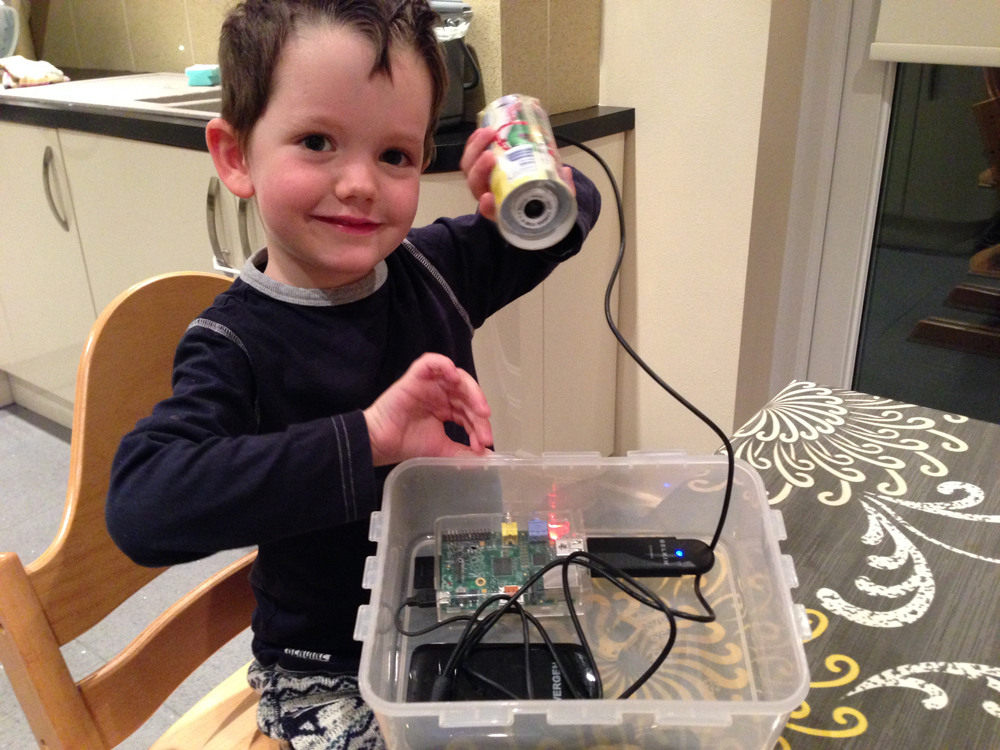 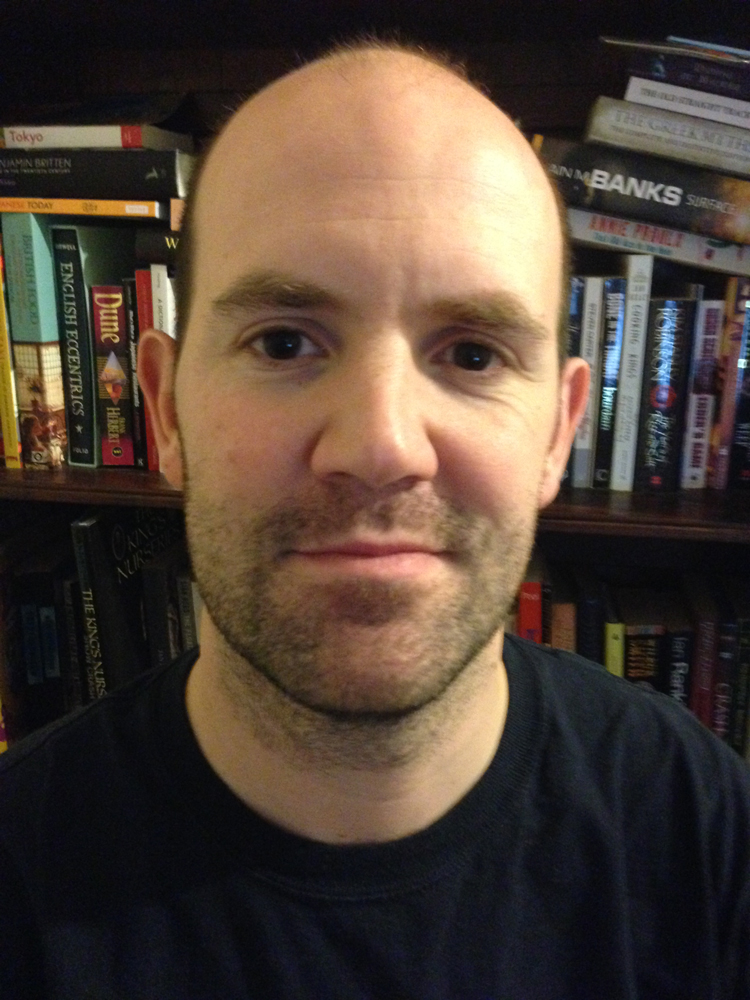 Movember 2013: look! Eben can grow hair on at least one part of his head!

Already got it – cue @recantha!

Hopefully not, the Babel fish started more and bloodier wars than anything else in the history of creation.

You DO know where your towel is, don’t you?

Really cool project… You could have a polished product here!

A real-time version will be real cool!

to put it in a fish skin, and carry it in a towel…

I believe it only understands english? It can then translate that to many languages, but you always need to speak english.

It supports more than just english. For example, you can speak in french and it will translate it to russian.

Great work on the project, tutorial and video! It would be interesting to see the translator respond in a mode without the primary language being restated as well.

Thanks for sharing this!

Would it be possible to plug in a usb webcam, with a microphone included in it and use that for the speech. BUT use the default output of the PI i.e. for the sound to come out of the tv via HDMI cable.

I have a really good idea in mind but need to see if I can master the basics like above first.

Neat – apart from the interface I guess it’s very similar to http://www.raspberrypi.org/archives/1689

And to nitpick, relying on Google or Microsoft APIs doesn’t make it “all done with free software”.

Just to nitpick my own nitpick… ;-)
I meant that whilst this is all free (zero-cost) it isn’t entirely Free (open-source).
Still cool though.

idig … but will
http://thenerdshow.com/freespeech.html -` FreeSpeech is a free and open-source (FOSS) cross-platform dictation, voice transcription, and realtime speech recognition application for the desktop.`

In Europe, there is a lot of companies crushed by Google Translate’s anti-competitive pricing (e.g. FREE). Just head to http://www.itranslate4.eu to see why there are better translators. My favorite is offline translator for few pounds which work offline on mobile devices – http://www.offline-translator.com

Respect, i love your project, it’s awesome in many different ways an really useful, I can now think of all the possibilities, thank you very much for aporting this. Keep it going.

I do not lower the good job done. But it is an intensive use of the web, Except for voice recognition t made locally, The RPi seems to be only the interface.

I would like to have more informations about word recognition used.

Question about Googles API fee. Is that a one time fee or $20 per seat of the software developed using the API? Obviously $20 ruins the price point of a $35 Pi, but it wouldn’t be that bad as a one-time fee.

I think it’s based on volume. Last time I checked (it was when they introduced the fee) it was $20 for 1 million characters (I don’t know if original or translated text). The sole purpose of introducing fee was to cut 3rd party sites mimicking Google Translate services as theirs and mobile apps (regardless of platform) which used Google Translate for generating revenue.

Can I use this to take audio files in Japanese, translate into Japanese and or Korean? I don’t need it to translate, just transcribe into multiple languages