The Raspberry Pi’s effect on creativity among kids still has the capacity to surprise us. Owen Herbert wrote and starred in this short horror movie alongside his Raspberry Pi, directed by big brother Luke. I am removing the SD card from the slot of my Raspberry Pi before I turn the lights out tonight. 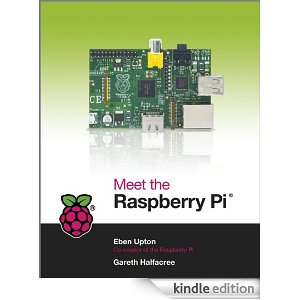 Jock in a Frock

Good stuff – as you say, nice to see the Pi is inspiring and influencing kids more that Quake 3!

Brilliant !! like an old Doctor Who episode !!
Well done to the lads , and keep up the filmmaking !!

Brilliant, one to keep.

Oh no Big Brother is out to get us!

This is what happens when you use a counterfeit SD card.

Awesome! You guys should have seen the Farnell version, that’s some really suspicious packaging!

Who can worry about the future with marvelous talents like these lads. Bravo.

I fine job done by both of them. I did think the music was more Dario Argento than Dr Who. I do hope Owen’s not watching Argento films at his age.

Thanks Liz for the post Owen is really happy. The preety bad music was made by myself using Famitracker and Audacity if anyone was wondering. Also tell us if you want ‘Attack of the Raspberry Pi 2’

We most certainly do! We absolutely loved it (especially the Pi hauling itself downstairs by the wires) – thanks ever so much.

Oh my God! Really scary, but still really good work!! Also the handling of the pi is scary!! I’ve fear of putting my fingers on the chips, electrical components, and board like that! scary! :V

Seeing that kid getting his greasy little kids-fingers all over that PCB definitely scared the bejeebers out of me.
Not getting any sleep to night, that’s for sure…

Great to see kids messing around with the RPi too though :)