Rachel and Clive spent the weekend with the Pimoroni crew at the World Maker Faire New York. Here is the news report that they telegrammed via Cyrus W. Field’s magnetic transatlantic telegraph cable.

They call Maker Faire the “Greatest Show (and Tell) on Earth” and  they’re probably right. Certainly there’s nothing on Earth that can prepare you for it, it’s that different. It starts even before you get there. Riding the E train in from Manhattan you can play “Spot who’s going to Maker Faire”. It’s pretty easy: they have this look of happy anticipation and glee that sets them apart from the people just going to work or to their proctologist. (OK, so some of them are dressed in robot suits made out of takeaway containers or have Asimov/Yoda/Spock quotes tattooed on their calves: there are no bonus points for picking those people out.) But it’s no geek meet: it’s refreshing to see huge numbers of school and family groups there as well as the usual suspects. As you near the New York Hall of Science the buzz of the crowd is augmented by not-your-everyday sounds: exploding food, crackling Tesla coils and a 51ft long, pedal-powered crocodile blaring out “Soul man”. The site is huge, taking at least three days just to get to the toilet and back*. The Raspberry Pi stand proved as popular as ever and we talked to hundreds of young people, educators, makers and parents. What was interesting was the increased awareness of the Raspberry Pi as a tool for making and learning. Last year, common questions were “What’s that?” or “What does it do?” Now the majority of people wanted to know how to use the Pi to do specific things; or how to move on from the basics; or how to use it in education. We were also delighted to see the Raspberry Pi used in so many projects and products around the show and want to thank all of the folk using it, especially those who we didn’t manage to speak to on our whistle-stop tour of the Faire. Cheers! The exhibits and demonstrations at Maker Faire are as eclectic as it comes. Some of the stuff is fun and some serious. Some are thought provoking and some simply silly (we like silly). But as a whole it’s testament to creativity, ingenuity, invention, engineering, whimsy and science. Best of all, making things has learning built in. The Hall of Science was built as part of the 1964 New York World’s Fair, a theme of which was “Man’s achievement on a shrinking globe in an expanding universe”. Looking at some of the amazing things I’ve seen over the past weekend it’s clear that this sentiment is even more fitting than ever. [*This may have just been me. The night before I left for New York for Maker Faire, a giant skeleton ninja shimmied over my wall and sowed the back yard with poisoned giant skeleton ninja caltrops. Ten minutes before my taxi arrived I stepped on one of them. Inoculated to a depth of 10mm with every bacterium known to science I set off for the airport and two days of dragging a foot the size and toastiness of a well-fed coypu. (N.B. The caltrops may have been a needle sharp, week-old lamb neck bone that my brother’s dog had been gnawing on. The effect was the same.)] 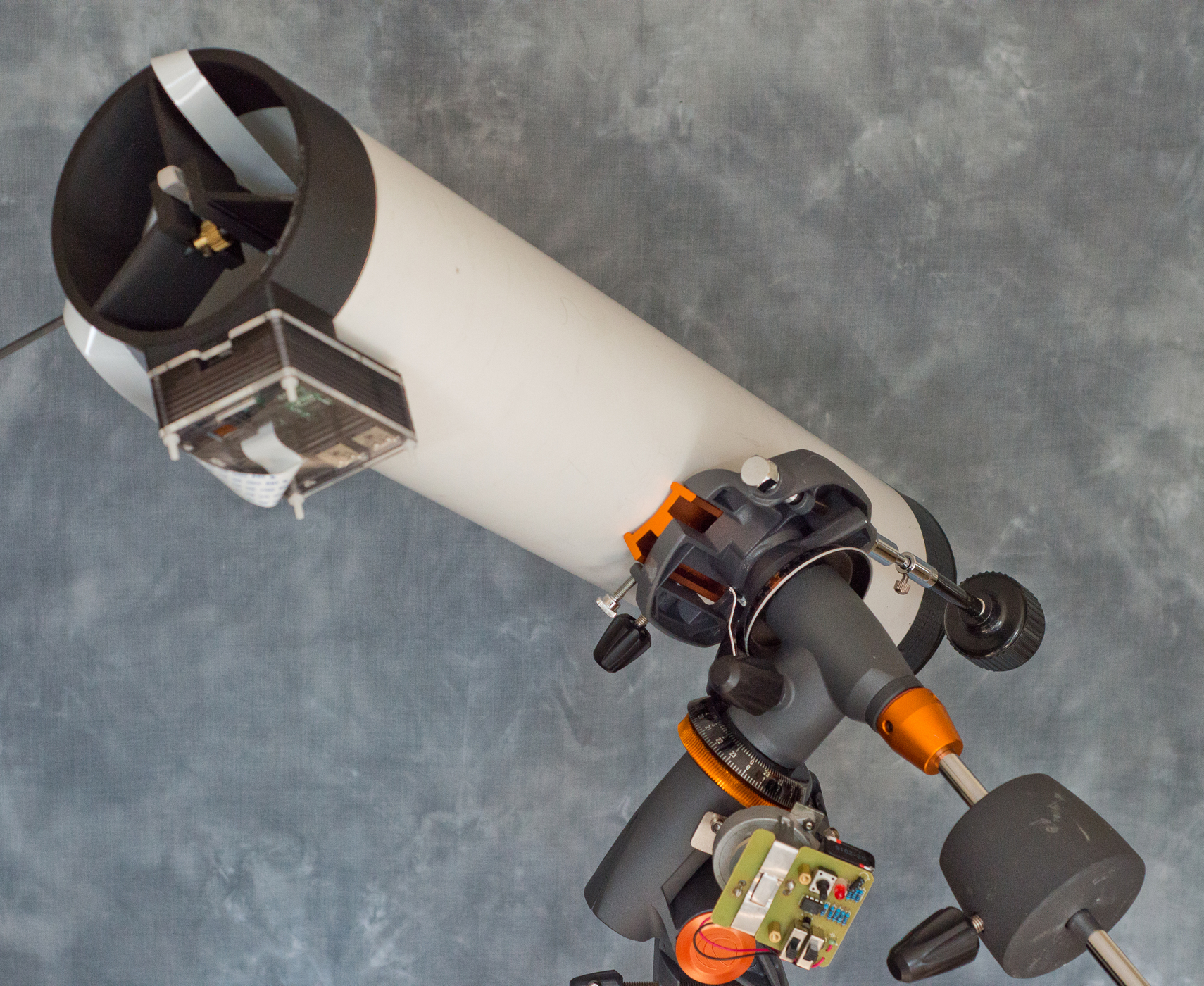 PiKon and other Pi projects from Sheffield University 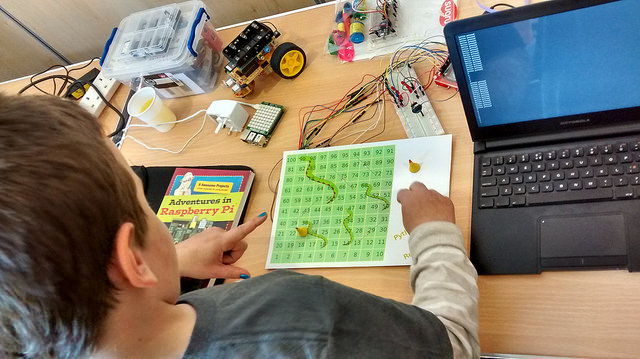 Looking at that sign (points on both ends), it would appear that Pis were everywhere.

As for the venue…I haven’t been on that site since I went to the NY World’s Fair in 1964.

and the points didn’t even point to where the raspberry pi’s were. both ends off by about 37.5679 degrees

The Pis *were* everywhere ;)

waited all year. then I couldn’t go.

I went and had a blast! The Raspberry Pi stuff ranged from beginner to advanced. I was so excited to get my free Raspberry Pi drawstring bag and walk around with it on my back. I definitely plan on going again next year!

Looks like a lot of fun. Thanks for the report!