So here I am in the back row of an auditorium in Columbia, SC, rudely blogging away while Eben gives a talk. We’ve got about fifty people in the room here at IT-ology, around half and half students and professionals (not a bad turnout at all, considering that this is the middle of a work day).

Last night at the Charlotte Hackerspace (which, if you’re even slightly local, you should visit immediately; it’s a great space filled with some brilliant people and an intoxicating odour of 3d printing), several of the people attending brought their Raspberry Pi projects to show us. We also met a few super-enthusiastic kids, the youngest of whom was a half-naked, nine-month-old hacker. Some of the projects were unfinished; there are two synthesiser projects in particular which I’m really hoping to hear more about. Red and Pierre, please let us know how you get on as you continue work on them. I also met Contractor Wolf, his Adafruit Cobbler, a nice little battery you can use to charge a micro USB device which he found at Radioshack (his Pi runs for a couple of hours on it), and a swanky little Raspberry Pi radio.

Wolf was completely new to Linux when he came to this project, and he used the MightyOhm‘s wifi radio instructions as guidance, then built on the initial idea. He’s ended up with a headless wireless radio he can SSH into from his phone or another computer, and we thought you might like to have a look too if you’re hunting around for something new to do with your Raspberry Pi. He’s got plenty of instructions on his blog: have at it! 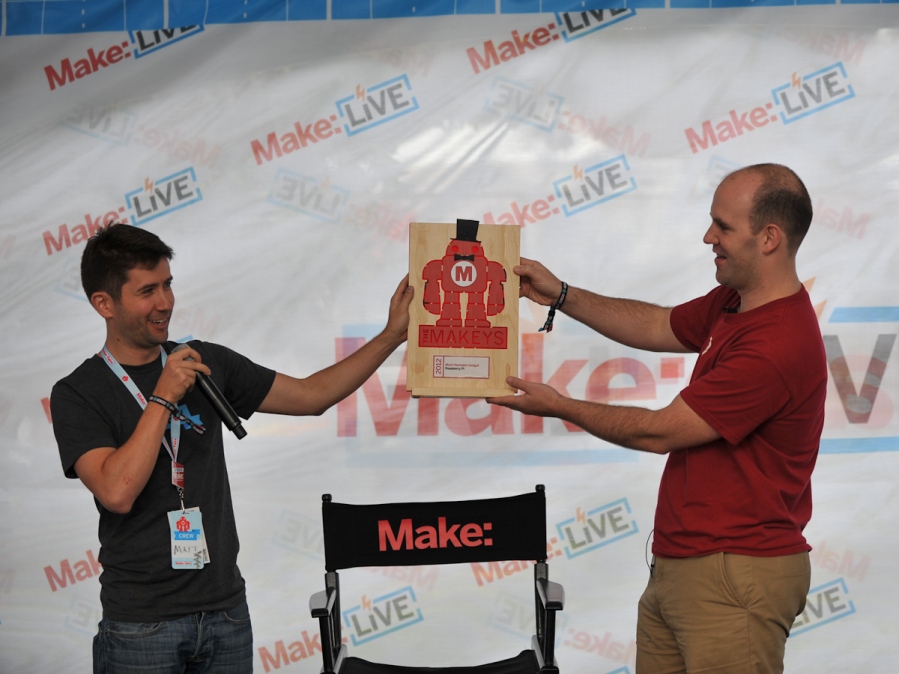 And I totally forgot to mention... 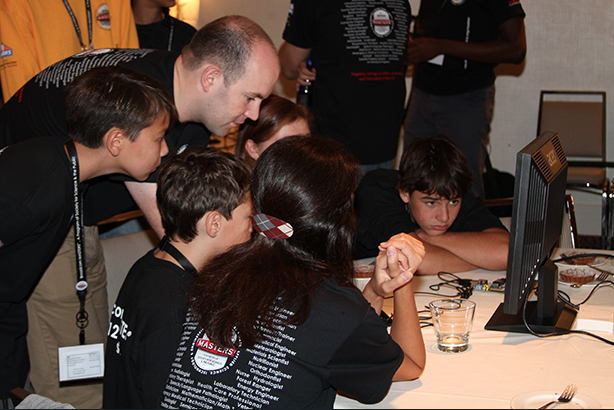 That’s a good bit of work, I like that a lot.

It would be cool to build a retro wooden case for this (RPI + amp + speakers) and also add a small display to show the name of the station playing.

Is this any more advantageous than using the mightyohm and tinkernut’s asus router? I suppose having USB hard disk input. Or was this just a proof of concept?

You can probably add a gazillion different custom buttons and combinations to it that are unique to the raspberry pi. Plus, it being a fairly fast CPU, you could probably do some signal-processing such as dynamic compression, equalizing, low/high-pass filtering, convolution reverb and all sorts of other stuff. If you wanted to, you could have a half-decent external DAC to do the audio decoding, you could probably hook-up an IrDA receiver to one of the GPIOs to get a remote-control working..

I could literally continue typing all day. Creativity is the limit

OMG! You guys were right here & I knew nothing about it!!! Columbia is like 9 miles from my house. I was just there yesterday at the 2012 Carolina Technology Conference.

Man this sucks, I would have loved to have met you guys!

You could have brought me my Raspberry Pi that I ordered in June & still haven’t gotten from RS!