If this blog was an Ealing comedy, it would be a speeded-up montage of an increasingly flustered postman delivering huge numbers of huge boxes to school reception desks across the land. At the end, they’d push their cap up at a jaunty angle and wipe their brow with a large spotted handkerchief. With squeaky sound effects.

Over the past couple of days, huge brown boxes have indeed been dropping onto the counters of school receptions across the UK, and they contain something wonderful— a Raspberry Pi Oracle Weather Station.

This week, we sent out the first batch of Weather Station kits to 150 UK schools. Yesterday – World Meteorological Day, of course! – they started to appear in the wild.

The next code club project has just arrived! Can't wait to get stuck in! @Raspberry_Pi @clivebeale pic.twitter.com/axA7wJ1RMF

We’re running the UK delivery as a short pilot scheme. With almost 1000 schools involved worldwide, it will give us a chance us to tweak software and resources, and to get a feel for how we can best support schools.  In the next few weeks, we’ll send out the remainder of the weather stations. We’ll have a good idea of when this will be next week, when the first kits have been in schools for a while.

Once all the stations are shipped, we’ll be extending and expanding our teaching and learning resources. In particular, we would like resources for big data management and visualisation, and for non-computing subjects such as geography.  And, of course, if you make any of your own we’d love to see them.

This is a big milestone for the project, but it’s not the end by any means. In fact, it’s just the beginning as schools start to build their stations, using them to investigate the weather and to learn. We’re hoping to see and encourage lots of collaboration between schools. We started the project back in 2014. Over time, it’s easy to take any project for granted, so it was brilliant to see the excitement of teachers and students when they received their kit.

It’s been a fun two years, and if you’ve opened a big brown box this morning and found a weather station inside, we think you’ll agree that it’s been worth the wait.

Building and setting up your weather station

The weather station page has tutorials for building the hardware and setting up the software for your weather station, along with a scheme of work for teachers and other resources.

The community is hugely important to us and whether you’ve just received a weather station or not, we’d love to hear from you.  The best way to get involved is to come to the friendly Weather Station corner of our forums and say hi. This is also the place to get help and to share ideas. If you’re tweeting, then you can reach us @raspberry_pi or on the hashtag #weatherstation – thanks!

Our weather station has arrived!Thanks to @Raspberry_Pi now need some students to help us build it! @BromptonAcademy pic.twitter.com/8qZPG3JTaQ

We’re often asked if we’ll be selling the kits. We’re currently looking into this and hope that they will be commercially available at some point. I’d love to see a Raspberry Pi Weather Station attached to every school – it’s a project that genuinely engages students across many subjects. In addition, the data gathered from thousands of weather stations, all sending data back to a central database, would be really useful.

That’s all for now

But now that the kits are shipped there’ll be lots going on, so expect more news soon. And do pop into the forums for a chat.

As well as the talented and lovely folk at Pi Towers, we’ve only made it this far with the help of others. At risk of turning into a mawkish awards ceremony speech, a few shout-outs are needed:

Oracle for their generous funding and the database support, especially Nicole at Oracle Giving, Jane at Oracle Academy, and Jeff who built our Apex database.

Rachel, Kevin and Team @cpc_tweet for the kit build (each kit has around 80 parts!) and amazing logistics support.
@HackerJimbo for sterling software development and the disk image.

If I’ve missed you out, it doesn’t mean I don’t love you. 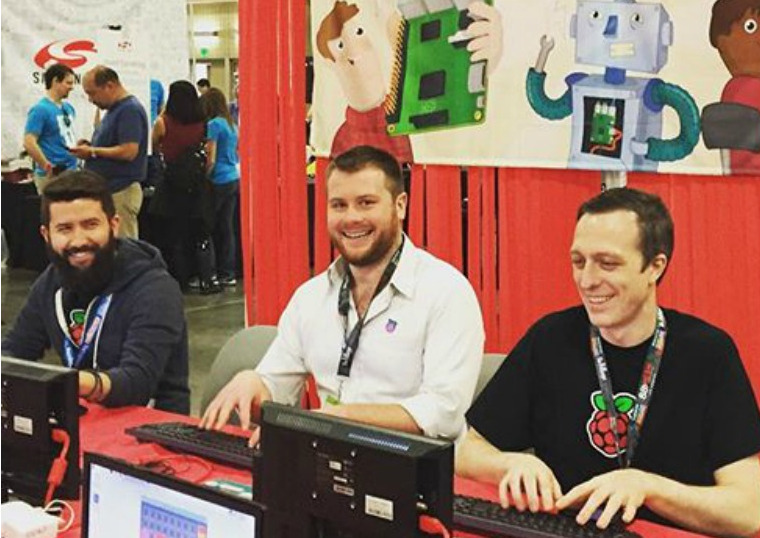 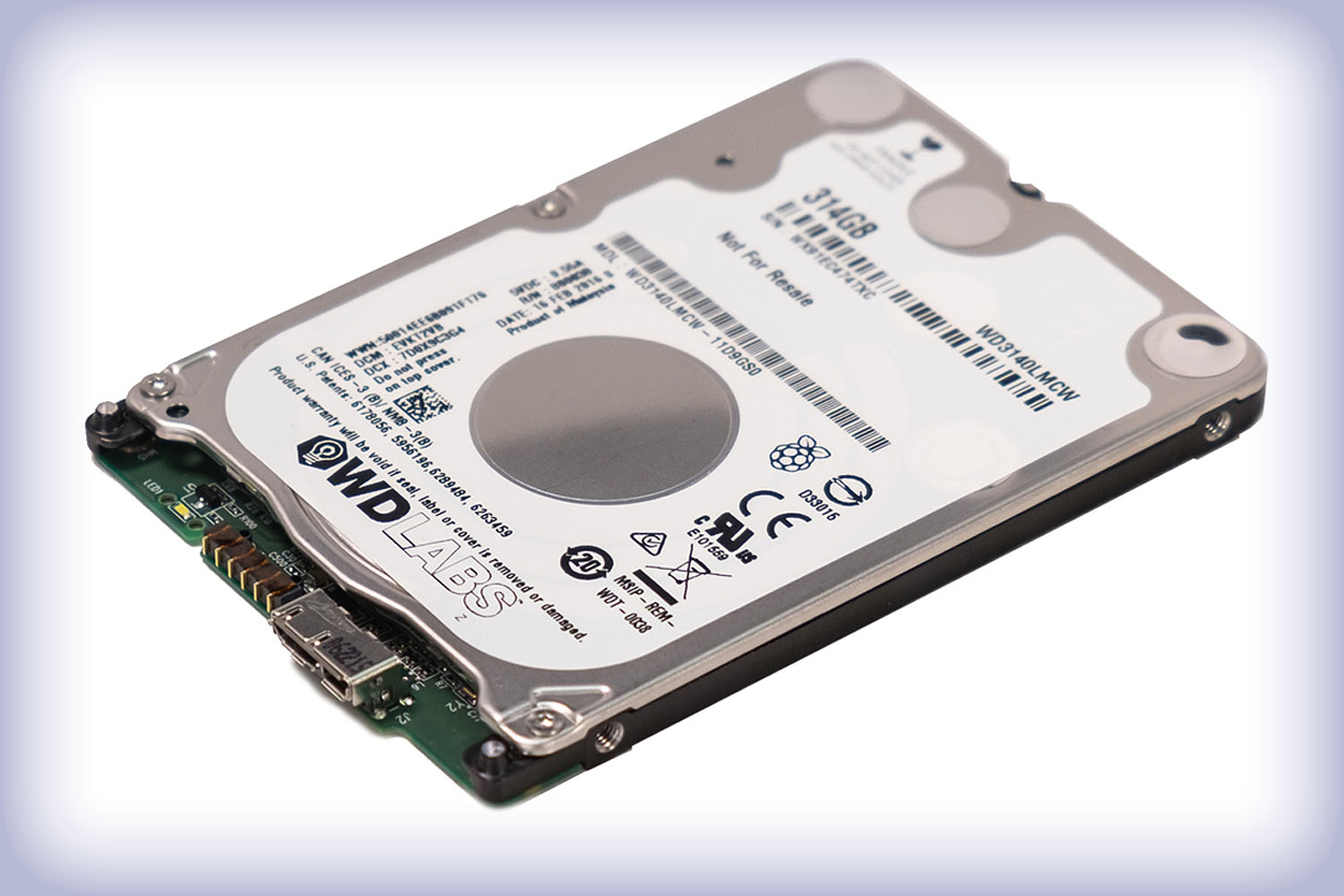 Will it be possible to buy one in France not as student ?

Nice. How do we register our school (Boston,MA) to get this kit or for future updates?

The current programme is full, but to keep informed about ongoing and future educational programmes, subscribe to our educational newsletter.

Thank you Helen. We will do it.

It’s going to be fantastic to see what schools do with their data. I know that the work they do in computing will be brilliant, but I’m especially looking forward to seeing how students and teachers build on what they find with their weather stations in other subjects. I bet there will be some great surprises with projects we never expected.

wow, my students have been battling to code Pi/Arduino set up with sensors for a high altitude balloon flight (like our previous one here http://rgsweather.com/2014/11/29/our-high-altitude-weather-balloon-launch-the-skys-not-the-limit/
this wx station looks superb. excited to follow developments @rgsweather

Please, please make them available to the general public. Can’t wait to start the project with my 8 years daughter soon . Hopefully less than two years :).

IPyhon Notebook (now called Jupyter) would be a fantastic tool for visualizing data on a Raspberry Pi and connecting to weather data. It’s free too and has loads of python packages included for data science projects. Unfortunately, I’ve had many unsuccesful attempts installing so far, even on the Pi 3. I am eagerly awaiting a day I can teach IPython Notebook on a Raspberry Pi…it would be awesome.

Please do make them available for sale. Would love to have the opportunity to build a weather station with my father in law.

Is the global shipping date released?

No; it’s not yet certain that they’ll be available for sale, though we hope that they will. Keep an eye on this blog, or follow us on Twitter, for updates.

It looks like a small misunderstanding. I asked when Foundation is going to ship kits globally to schools qualified into program. As we can read in the post above, now kits are shipped locally to UK schools.

I know it’s not going on sale, at least yet.

Shut up and take my money!

Are all of the constituent parts available to buy as individual components? If so would you consider releasing a shopping list for those who want to make their own?

the ‘sense hat’ add-on board already has temp, pressure and humidity sensors.. has anyone made an outdoor weather station from one of these yet?

Hi I am from Singapore
Is it possible to order and deliver to Singapore.
Please !!! waiting with high hope.

Why not crowd fund it? I would buy. W station
Hamish

We recieved our kit the day we left for our easter break and only had time to open the box and have a look and take some photos. We are moving into a new school after the summer break so this will have to wait till then. We will however be having a run through and test build the kit and see what results we get. I was wondering though the kit is supplied with a Raspberry pi 2 which we have a couple of already as well as a couple of older B+ models, when we go to put up the weather station I am guessing it would not need the processing power of the 2 and I could subtitute the B+ instead. Please correct me if I am wrong.

It will work fine on a B+ (this was our original test machine). Personally though I’d stick with the Pi2: it’s that bit nippier, and some of the software/resources we write in future may benefit from the extra RAM.

I would like to install one Weather Station at my kid’s school here in Dakar, Senegal. If you extend the distribution of your kit it would be great to have stations all around the world !…
Thanks !…

Hi any idea when if this will be available for sale think your missing out on a big business opportunity looks like they would be a big demand for it.

Another interested party here.
The (Primary) school is in Perth Western Australia, I’d love to buy one for the schools coding club!