Dave Hunt (a familiar name in these parts) has been working on perfecting his Raspberry Pi-controlled camera time lapse rig. Before I go into any more detail, here’s some absolutely stupendous video resulting from his work on the setup. (I recommend you use HD when viewing this – and watch the video in a full-screen setting if you can.)

We’ve featured a few projects here which use the Pi to create time-lapse video, but Dave’s is the most sophisticated we’ve seen yet, adding features like a heater to evaporate dew from the lens and an ability to film rising or falling sequences. There are some great pictures documenting the build at his blog (we’re very impressed by the neatness of the construction work), along with some circuit diagrams and the Python you’ll need to create your own rig. Visit Dave’s site for a tutorial and discussion about construction.

We’re very encouraged to see so many artists using the Pi, in so many different ways; there have been a number of art installations featured here, and it’s really great to see the Pi driving the tools needed to create beautiful things. Computing is as much a creative discipline as it is a scientific one – that’s a message we at the Foundation are very keen to get through to kids, but it’s not one we’re seeing reflected in schools.

Science can be beautiful too, though. Over in the United States, SaratogaWeather has been using a static camera controlled by a Pi to take time-lapse video of the weather patterns over Mount Timpanogos, Utah. Dynamic systems like the formation of clouds are hard to appreciate and study at real-time speeds: but speed things up a bit, and patterns and structures become evident and much easier to analyse.

There’s a whole channel full of these videos, and cloud geeks like me will have great fun with them. I irritated everyone around by shouting “CAP AND BANNER!” at the top of my voice when I spotted one in another of these videos. (Once I nearly made Eben crash the car by screaming “Stop! KELVIN HELMHOLTZ!” while we were travelling at speed down the A14. I blame hanging out with fluid dynamicists. Kelvin Helmholtz instability produces a great and rather rare cloud formation, though – I’m still proud to have spotted one.)

What applications would you like to see time-lapse cameras being used for? Are you working on something yourself? We’d love to hear your thoughts. 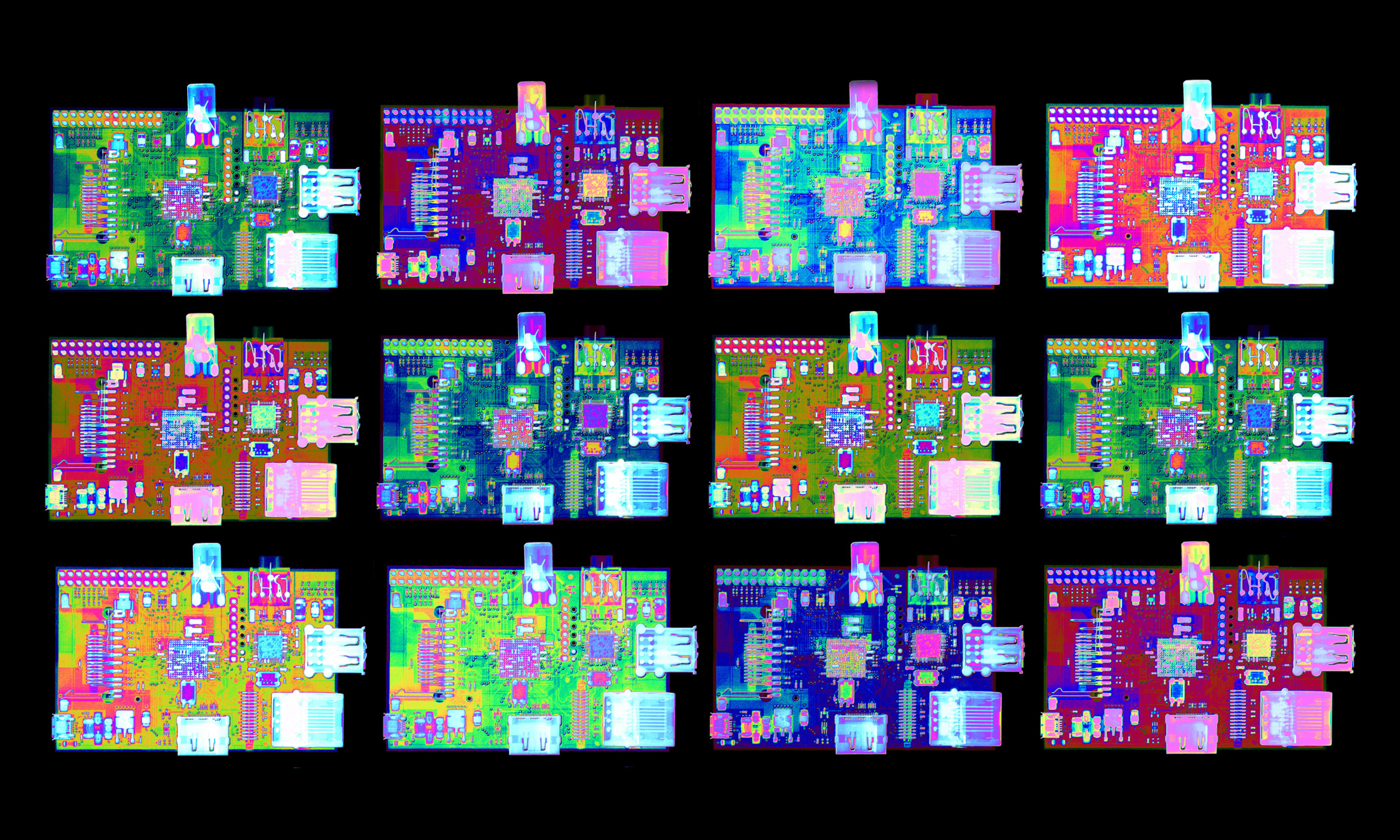 I was watching the cloud one hoping for a “LENTICULAR! LENTICULAR!”.

Its great to see the Pi getting used for this kind of project. While many of us get excited at lines of code scrolling across a screen, projects like this show the artistic side to technology.

Ireland is beautiful
That structure was built at the time when St Patrick was around. The snakes needed somewhere to hide, so they built many of these, and covered them with turf.

When the Pi camera is available, I plan on pointing one at the oak tree across from my house. A time-lapse video of it getting its leaves then dropping them in the autumn could work, especially if I could get the squirrels and woodpeckers to stay still for long enough

I’m planning on using a Pi Cam for aerial photography of prehistoric sites – I was yomping on the moors in West Penwith this weekend, and felt the need of one to survey an iron-age village of roundhouses that I knew to be there in the gorse and brambles, but couldn’t get a feel for because…you know. Gorse and brambles.

I’m thinking balloon with five tethering points. Quadcopter would be nice, but stitching would be difficult. I’m still pondering it!

i caught time team s20e10 last night (ok liz knows i’m kind of addicted to time team no matter how bad it is so i :) ) and they had a drone taking photos of the site to do an aerial survey of the site.

I am planning on using a quadcopter for aerial photography, if all works well (after the camera module goes on sale) I will post some useful info.

Thank you – would you mind emailing me when you do? I’d love to see what you do.

Absolutely stunning. Thanks for sharing.

I think I would have to set one up in my pub especially on a silly Friday. :).

I expect we’ll see a lot more of this type of stuff after the PiCamera is available :)

…and I guess if you did this using a PiCamera with a wifi dongle in the Pi, you could even download shots (to another computer) *during* the timelapse being taken, to see how it’s looking so far, without having to wait until the end to take the SD card out of the camera.
Although the PiCamera shots won’t look as beautiful as those taken with an SLR, it’ll obviously be *much* lighter weight, which could offer additional interesting possibilities…

Something else that’s just occurred to me – I guess you could attach some kind of air-temperature probe (and suitable ADC) to the Raspi, and then only turn on the heater when the temperature drops below a certain level – should make the batteries last longer.

Dave’s video is so good, I just watched it again :) I wonder if there’d be any way to have a system where the camera could transfer seamlessly from one rail to another, such that you could have two rails and “leapfrog” them, and thus have a potentially unlimited timelapse? I guess the alignment of the two rails so you didn’t get a noticeable “jump” would be very difficult.

Andrew,
Using threaded pipe, this would be possible. A short threaded piece of pipe on which you screw the two longer pieces. Kinda like the a chimney sweep’s brush! :)
Dave

Is Eben a member of the Cloud Appreciation Society? It seems that KH clouds are worth the top scoring in their scoring system.

Oh, I think I read too quickly and thought that Eben was looking at the clouds while driving (which could be at least as dangerous) :)

Reminds me of a “Peanuts” strip where Charlie Brown, Lucy, and Linus are lying on a hilltop watching clouds flit by. Lucy said, “Aren’t the clouds beautiful? They look like big balls of cotton. I could just lie here all day and watch them drift by. If you use your imagination, you can see lots of things in the clouds’ formations. What do you think you see, Linus?”

Linus responded, “Well, those clouds up there look to me look like the map of the British Honduras on the Caribbean. That cloud up there looks a little like the profile of Thomas Eakins, the famous painter and sculptor. And that group of clouds over there gives me the impression of the Stoning of Stephen. I can see the Apostle Paul standing there to one side.”

Lucy followed up, “Uh huh. That’s very good. What do you see in the clouds, Charlie Brown?”

Charlie Brown hesitantly replied, “Well … I was going to say I saw a duckie and a horsie, but I changed my mind.”

When I was working on my thesis, one of my classmates developed one of the earliest particulate animation models that could be used to generate clouds, fog, and flames in Original Flavor GL on SIlicon Graphics workstations. Up until then, very visually-unsatisfying clouds were simulated by overlapping, expanding and contracting white and gray spheres moving randomly among each other. The number of polygons needed to generate realistic particulates is way above the 30,000 polygons/second our SGI workstations could produce way back then, but the 40 million the Pi can reportedly generate is sufficient (man, they’re hard to count as they fly by!).

A great project, but frustratingly insufficient detail on how to construct one. I haven’t a clue from his website about what most of the parts are or how to fit them together, especially the timing belt and its end connections. Such a shame.

Click on the “time lapse” tag at the top of the post – you’ll find more tutorials there.

I’m using Davids Focus stacker as the basis for a POC time lapse slider, then plan to use the Chronos project (http://www.facebook.com/ProjectChronos2) hardware with the Pi driving it. But I also want to add some more advanced camera control via USB if possible. I think David has more spare time than me – and he’s also been a lot of help.

Is there a download link for the Video …. wow

I’m doing something similar, very basic, with a cheap webcam. I’m rendering the time lapse vieos on the Pi itself.

I had not yet thought about giving the camera motion, but now I will definitely make this version 2.0 of my project. I already have a Gertboard so I’ll probably use that to control the motors.

By the way, I’m organizing a small Raspberry Pi meetup tomorrow in Mechelen (Belgium), where a couple of Pi hackers will come together to exchange ideas and to eat raspberry pie. :-)
I intend to make a time lapse movie of the event, I’ll post it on YouTube when it’s done.

Pardon my French, but this is effing brilliant. Love the music as well. Masterful use of time.

Just to put some ideas out there –
1) PI might be able to ‘watch’ the stills it’s shooting, and so choose ‘interesting’ or moving parts of the image (shooting timelapse is shooting future events – impossible).
2) PI could make ‘long exposure’ images (1 year?) by overlaying frames. You can also use this kind of processing to overlap frames (123,234,345,456). This eliminates light-flickers which make time-lapse unbeautiful (and necessarily short-term). This could be long-term which would eliminate bigger light flickers such as day and night.
3) my favorite. Using many cameras and computers you could model an area in 3D. You could then have a 3d-flytrough a time-lapsed area – filming from impossible angles.
Please email me the results if you use these ideas.

I’m looking forward to setting up my house with PIs which watch my kitchen, to see which objects appeared when. Like an object change-log.