Under 18 and in the UK? Check out our Christmas giveaway!

We first met Shea Silverman, based down in Florida, on one of our 2012 hackspace tours when we first visited FamiLAB. Shea’s brilliant – he does a lot of work with the Pi and MAME (the Multiple Arcade Machine Emulator), and he made us a really cute little Pi arcade cabinet which we display in the office. We’ve stayed in touch, and he’s let us know about the projects he’s been working on in that time; most recently Shea has written a book called Instant Raspberry Pi Gaming for absolute beginners who want to start gaming with the Raspberry Pi. (Thanks for the copy with the inscription, Shea!) The book shows you how to set up software like MAME, SNES, Atari 2600 and PlayStation emulators; and how to keep them up to date. If you’re a gamer who wants to get started with a Pi, or someone who’s interested in retro gaming, it’s a great place to begin.

Shea’s blog is another great resource for Raspberry Pi users, with a particular emphasis on games, emulation and embedded systems. Recently, we’ve seen more and more people wanting to add a start-up video to their Pi, and Shea’s noticed the same thing, and has blogged his solution, which is rather neat.

This is Shea’s bootsplash animation for his PiMAME system, running on a Pi-enabled Motorola Lapdock. He’s using OMXPlayer to play a video file while the Pi itself is booting.

You can use any video you choose – it needs to be around 20 seconds long so it runs for long enough to cover up the scrolling kernel messages that you usually see during the Pi’s boot sequence. Shea walks you through the very simple startup script you’ll need, and through installing your video, on his blog. It should take you all of five minutes to set up.

Thanks, as always, for all your work on the Pi, and on your book, Shea. The Raspberry Pi depends on community members like you and the amazing amounts of effort you put in: we couldn’t do it without you and the thousands of other people that make the ecosystem around our little device so rich and interesting. 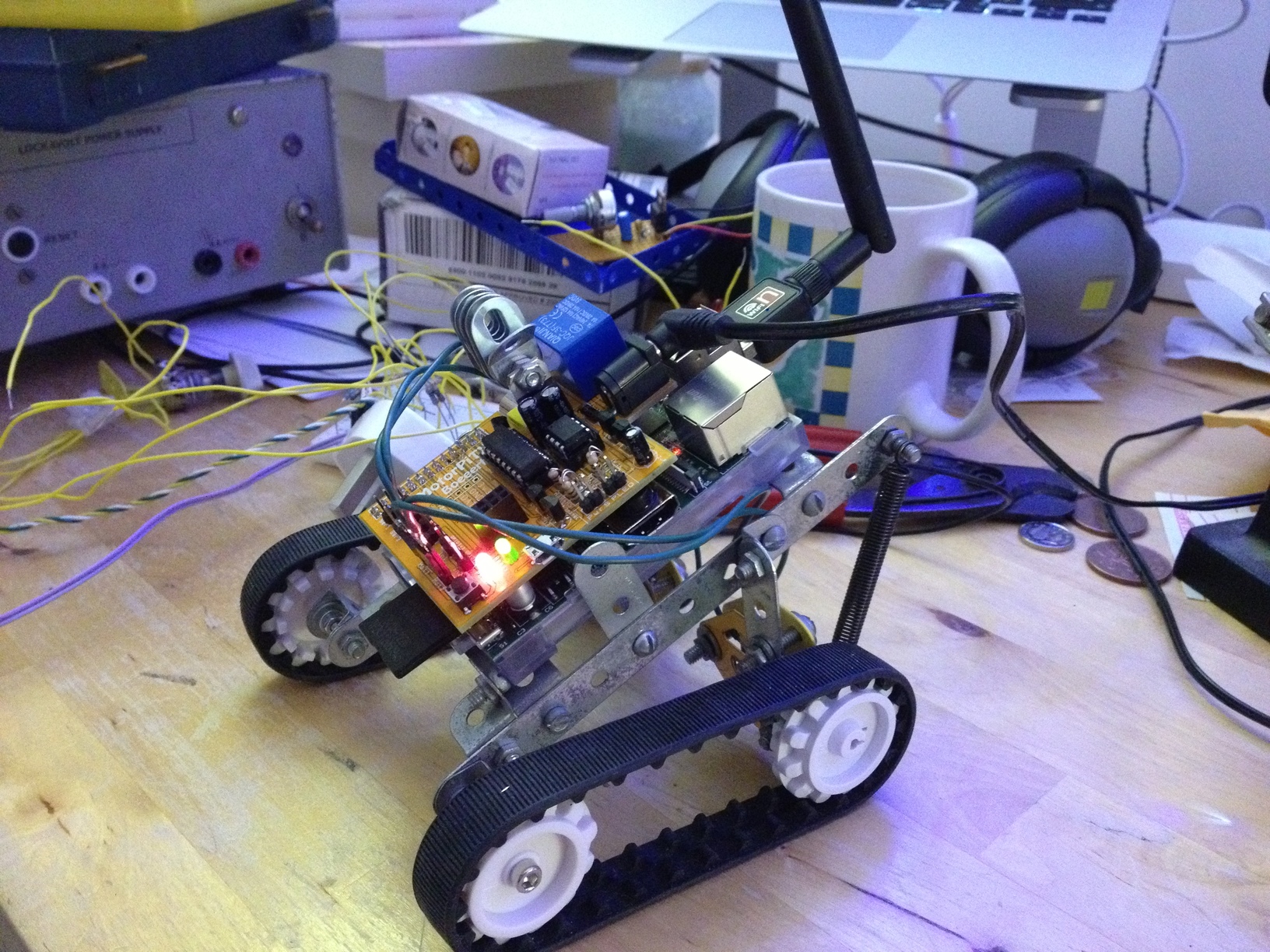 Lordy. Pretty, but it’d drive me *nuts* knowing it was just playing a video, not displaying that boot data in real time.

Check out my design. Free to download too
https://www.youtube.com/watch?v=IX4f3BWOwAc

Anyone got Nostomo’s Mother startup screen video? Probably not long enough but would be very cool :)

been there done that

There is a much more complete emulator project for the pi outta there with a nice graphical UI and a ton of emulators including MAME.

My book talks about multiple emulators and packages, including PiMAME and RetroPie :)

One chapter is dedicated to RetroPie and getting it setup. It’s a great all in one package.

Amazon shows the book has only 60 pages! Is that correct?

It’s worse, only 48 numbered pages! Definitely not worth the high price compared with other Pi related works.

If you can, get the kindle or pdf version. It’s a much better price point.