The trusty alarm clock is a great tool for little kids who insist on getting out of bed very, very early and waking Mum and Dad many hours before it’s time to get up. It’s a simple enough trick. Give the child the gift of a proper, grown-up alarm clock; and inform the child that unless the bell has rung, it is still night-time, and that they should stay in bed.

It works like a dream for some families we know, but this method is a bit less effective with some kids. If you can’t tell the time yet, and if you believe you may have slept through the ringing/that it has been turned off by fairies, you may find your tiny self prone to ignoring your proper, grown-up alarm clock, and jumping up and down on Mum and Dad’s soft parts at five in the morning just because you can.

Blogger and parent Tycen has found a solution for his non-time-telling kid. He spotted this object in a shop for $35, and, like many of us do when confronted with that number, decided he should make one with a Raspberry Pi instead of buying it. The idea here is that the traffic lights can be programmed: when the light is red, it’s time to be in bed, and when it’s green, it’s time to get up. The yellow light just operates as a night light.

The beautiful thing about making your own version of something like this with your kid is that they’ll become much more invested in it than they might if you just hand over something you’ve bought in a shop. Tycen’s version doesn’t have the moulded plastics, and might not be as pretty as the toy-shop version, but it’s something his son has helped to make, so it’s much more meaningful and precious to him as a result. Sleepi, ripe for decoration with stickers

The setup’s very simple: basically all this box does is to run a cron job. There’s a button to press at bedtime which turns the light red. Tycen says: “Apart from the watch script on the button, everything else just runs out of cron.  At 6:30 the red light turns off and the orange light comes on.  Then, at 7am the orange light turns off and the green light comes on.  The green light will stay on until you press the button at bed time to turn the red light back on. I put in a cron job to turn the red light back on at 10pm just in case we forgot.”

We love it; the parents at Pi Towers are going to be making their own versions over Christmas. Thanks Tycen! You can find build instructions and code at Tycen’s blog, and a sleepy little boy at Tycen’s house. 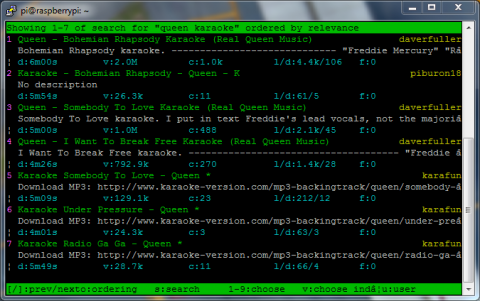 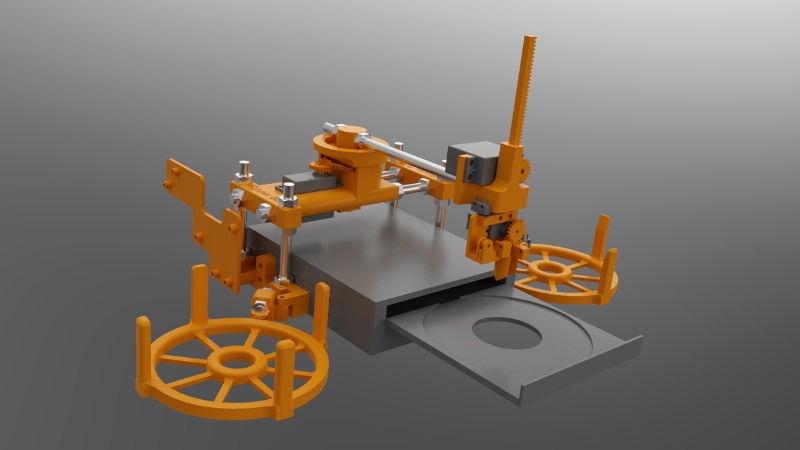 Is there an alarm noise?

no – no noise at present (I don’t want to wake them up if they’re still sleeping – we’re not to that age yet. :) But it would be easy to add.

Half of a table tennis ball for light diffraction and it’s perfect !

Thanks Liz! I’m truly honored that you posted this! The Raspberry Pi has been such a fun and useful device!

Any time – we thought it was a really charming idea! (And in an office full of sleep-deprived parents, this sort of thing gets lots of votes…)

Am doing something with an LED strip under my kid’s bed.

It has a “nightlight” mode, a “sunrise” mode which gradually brightens the room (to be used on days when he has to get up to go to nursery).

However, for the weekends, I want something to signal that it’s not ok to leave his room and wake up mummy and daddy and so some sort of traffic light signal is perfect.

That is an excellent project.

Will put it on my to do list…but would be great to get the kids to help design the box for it too.

I can’t help feeling that Gert’s little Gertduino board would be well suited for this.

Now does anyone know how to make it into a projection clock?

This is a great use for the Pi – well done!

We had a problem in school where the bells to our dept stopped working. Simple solution – Raspberry Pi, speakers and “espeak”. It’s a little odd to hear “5 minutes to the end of the lesson” followed later by a deadpan “ring ring… ring ring… ” but it definitely makes a talking point and a good introduction to Python, espeak and the Pi. I also used an RGB LED as a colourful indicator.

I put some details at: http://raspberrypikitchen.wordpress.com/2013/12/02/the-bells-are-ringing-in-my-head/

I guess it would be simple to make an alarm clock radio by linking to mpd and using streaming radio.

I actually built similar timers with TTL chips. There’s a series of LEDs that count in binary and a green LED star comes on after 9 hours. I did it this way to save my Pi and Arduino for other projects :-)