If you’re one of those who wanted to go and see Rob on his tour who hasn’t been able to, here’s some video of his talk at the Google campus in Mountain View. Rob promises me that he’ll write a blog post about his trip very soon. Right now, he’s still somewhere in the western US – my hat’s off to him, because he’s still absurdly perky, while I’m all twitchy with fatigue after a trip a third the length of his. Go Rob.

We should have some video for you of one of Eben’s US talks coming up later this week. 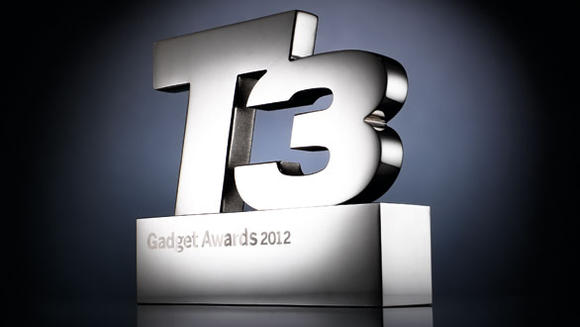 An award win! And a teeny-tiny MAME cabinet from Orlando, Florida. 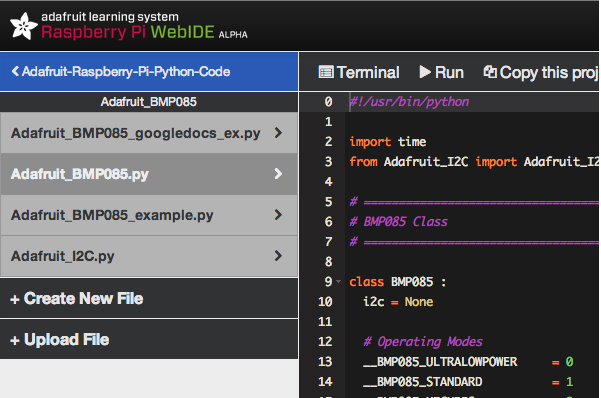 Adafruit's WebIDE for the Raspberry Pi is now in alpha - get testing!

Glad to know the model A and camera are coming out around christmas too.

Rob is doing an excellent job. Does he know if that was Ken Thompson in the front row wearing a red shirt? If so, did he bestow his blessings upon the Pi ?

Ha! Rob mailed me later on to say he actually had a long chat with Ken Thompson about Go afterwards – without realising until about an hour later that it was Ken Thompson!

great video. thanks for sharing. good information and informative

I really enjoyed that video. Rob looks so fresh and un-tired even after his long trip. One (call me a pedant) thing irritated me though, and it’s not just Rob – “Object Orientated” – aaargh! ;-) It’s Object Oriented, please.

But if that’s all I can complain about……

PS. As I said, not a criticism, loved the video.

In English it’s from the verb ‘orientate’, so ‘orientated’ is correct. America tends to use ‘orient’ to mean the same thing, although the OED list both as acceptable forms of the verb.

Pedantry is a good thing :)

I have a number of books, all of which have “object oriented” in them somewhere. I have no books at all where it is “object orientated” – hence my pedantry.

I also found this:

‘Orient’ is mostly a transitive verb; it takes a direct object. ‘Orientate’ is mostly an intransitive verb — no direct object. Nevertheless, many people use them interchangeably or use one exclusively. Me, I find myself using ‘orient’ no matter what. On the other hand, I find Brits and people from the non-US British Empire lands using ‘orientate’ exclusively. In other words, it probably doesn’t matter. — Elizabeth Wiethoff

Looks like I’m in a minority amongst Brits then. Sigh!

Your minority isn’t as small as you might think. This has always annoyed me so a couple of years ago I looked it up. I’d forgoten the actual wording of the explanation but fortunately for me Google’s good for finding things that I forget and it found someone quoting what I’d read:
oxforddictionaries.com defines “orientate” simply as “another term for orient” and gives its origin as a back-formation from “orientation”

Has the video gone down for anyone else? I made it through 26mins before it stopped and now when I refresh the page, I am seeing the “currently unavailable” message :(

No, it’s fine. Gets past 26 mins easily and without problems, even after a cache refresh. (Firefox)

Been like that since past few hours for all videos. It seems some YT bug.

Are we pulling down Google’s servers, makes a change from RS/ Farnell’s etc

This was a very nice talk. I successfully watched the entire 50 some odd minutes without a bit of problem. It’s nice to listen to some very knowledgeable on the product. Of course, he’s probably done this talk a time or two, but he was still very good and knew his stuff. I look forward to ordering one or two cameras as soon as they come available. I want to get Patti Maes (and her advanced student Pranov?) Sixth Sense running on the Raspberry Pi. I also want to do my irrigation system control so that I can turn it on and off via a web interface.

Irrigation system, This is what i am aiming for, 120 channel with 8 inputs, at the moment in the trade we use 8 channel with 1 input, that cost £350.00 plus £70.00 per 8 extra channels up to a max of 32.
One site i have worked on had over 350 channels!
Remote control would be nice, then i could work from home.
But lets make it Open Source.

The camera module – “SPI for the data, I2C for the control”

Is that just an explanation of how things work over the CSI port, or is this new information? What exactly does it mean?

Great talk Rob;
The foundations aim came across loud and clear, although I suspect there were a few in the audience thinking “jeez these guys are doing it for free…how does that work??”

Then in the Q&A when you started talking about the deep technical stuff, I began to appreciate the sheer acheivement of what you guys have built..

I had the chance to spend several hours with Rob at the end of his trip in Austin, Texas. He *is* absurdly perky, still.

This is fantastic. I’m certainly going to get a few when they are available in Australia.
I’m an ‘older’ devotee. Let’s just say I grew up around S100 bus stuff that I had to design and build myself. (It was hard to save up for 4K of ram.) Then I moved on to the Tandy (Radio Shack) TRS80 and wrote a disassembler in basic for it. Then on to the Sinclair ZX80 and the Apple ][ etc. Rob is right in that the ‘hacking’ side is a lost art now. I do feel a bit sorry for today’s generation (until now), in that all of the tinkering and the knowledge gained from that has been lost. Well done to the Raspberry Pi Foundation.