At Raspberry Pi, we’re interested in many of the different ways that computers and education converge. To hear more about a new approach, I’ve invited Mark Pavlyukovskyy to write about his project, Piper, which you can find on Kickstarter now. Here’s Mark:

I was a junior in college when I first heard about the Raspberry Pi. It seemed miraculous that you could have a full Linux board, that could run off of your phone charger, that cost only $35. While I imagined hundreds of different projects that I would want to make with the Pi, I realized that at such a low price point, the board would be perfect for giving kids in all over the world a way to hack and play with technology. It could democratize who had access to creating with technology. My first project was to add peripherals like screens and keyboards to the Pi and send these cheap mini-computers to Africa and India for kids to learn about computer hardware and software. Today you can be a software developer from anywhere in the world, and I wanted to use the Pi to serve as an interactive instruction manual to let anyone get started with programming. Not only was it logistically difficult to ship dozens of black boxes with wires and electronics to different countries, but the biggest challenge was actually getting kids interested. For the majority of the students we worked with, the interface or the games we made didn’t interest them as much as putting together the pieces and seeing a working computer as a result of their efforts.

We went back to the drawing board to figure out a way to let kids not only build a computer, but to continue building and creating; to spark their curiosity and show them that they could build real things themselves. After doing dozens of workshops with schools back in the US, we found the hook that would get kids interested – Minecraft. Minecraft is a virtual building blocks game that allows kids (and adults) to create anything they want in virtual reality; even if that anything is virtual replicas of Hogwarts, the Starship from Star Wars, or the city of Beijing. And luckily for us, the Pi had a version of Minecraft that we could modify with Python. The other beauty of the Pi was the GPIO pins. These programmable input/output pins allowed us to create a modified Minecraft that kids could alter by adding their own hardware and electronics to the Pi. We could modify the game, so that once kids built the correct hardware and connected it to the pins on the Pi, the Minecraft would react in some way. We designed and created a storyline, where you were sending a robot to a different planet, and on the way over, his hardware was damaged, so you had to repair his hardware on the Raspberry Pi right in front of you in order to advance through the levels. In each level of the game you would have to physically build a power-up, such as a button, a switch, a row of LED lights, and these power-ups would give an advantage in the game. The switch for example opens hidden doors, while the row of LEDs serves as a proximity sensor for finding diamonds, so the closer you are to diamonds, the more lights light up. And as we started showing this to kids, we couldn’t get them to stop playing. It was really amazing how interested kids were in both the Minecraft and the hardware. For many, they had played regular Minecraft, and were fans, but modifying it by adding your own real gadgets was a novel concept, and excited them. Many kids had never built anything physical prior to Piper, and they got excited because it showed them that the in-game possibilities were endless.

We are currently creating a sandbox platform that will allow players to make their own levels and add custom hardware, and then share their creations with friends. Because as kids see the endless possibilities of what they can create in the game with Piper, we know that they will remember these lessons, and eventually see the whole world around them as full of possibilities which they can create and invent. We want Piper to inspire an entire generation to believe that they are superheroes not just in the virtual world, but in the real world too. Not to see technology as a black box that works on magic, but as something anyone can remix and create. And together with the incredible community of Raspberry Pi enthusiasts like you, we can bring this vision to life! Please join us in bringing Piper to inventors and creators all over the world! 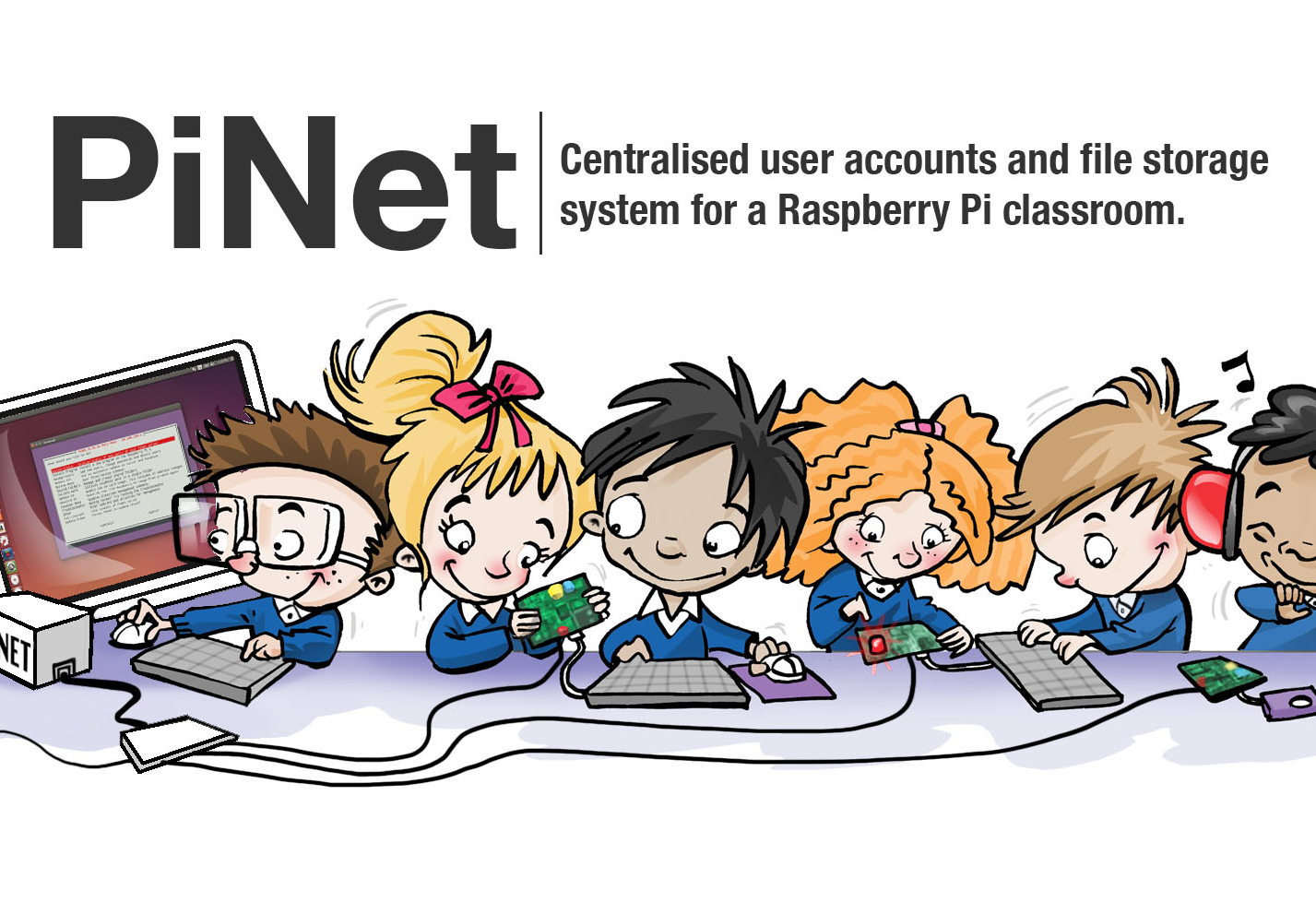 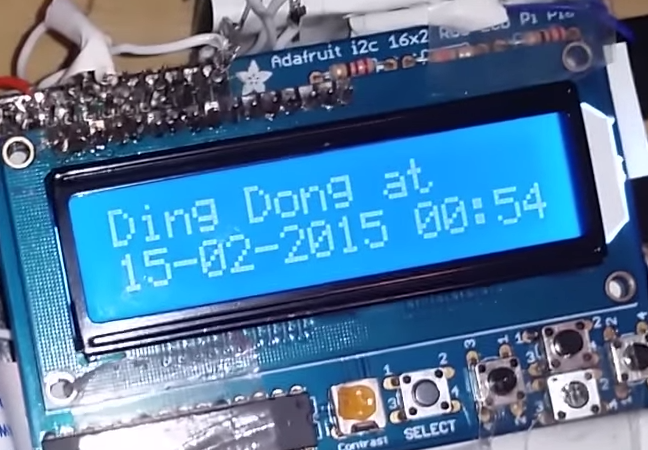 I love this idea. I’d like to see a more stripped down version. I’ve already got a Pi2, so the option to get the kit without one is great. But I’s also already got a big screen, and a small lcd screen for my Pis.

The game, lessons and electronics I’d buy – but the addition of the screen starts to push the price point to a place where I’m unlikely to get one of these.

I love that people are creating brilliant things to put the Pi at the heart of, and being able to take my Pi and put it into lots of things. But LCDs and other peripherals are just as transportable into other Pi set ups and I’d like to see this thinking permeate designs as well.

This project hits the nail on the head. In learning electronics and programming, the best way to get someone hooked seems to be getting them building something cool that they never thought they could make right off the hop. The incredible stickiness of Minecraft married with the accessibility of the Raspberry Pi is a perfect match, and this is a great adaptation of that relationship.

Where was this when I was a kid?! I’m a backer, and my son, 7, is already wishing it came yesterday!

The units were being demo’d with public access at the Pi Day festivities at the Computer History Museum in Mountain View, CA last Saturday.

Were you able to try a unit out at the Computer History Museum? I didn’t get a chance to go, but first heard about Piper when looking at the Pi day events schedule.

Was the whole Piper team at the museum? (http://www.withpiper.com/#!our-story/c138r) It sounds like Alex and Ruslan will be busy with all of the software development. I wonder if there will be early releases – perhaps they could get help from the community given that they plan to open source the software.

I talked to Alex and Rus as they hopped between Pipers being test-built (physically and virtually) at the museum on Pi Day and I’ve offered to help them get exposure at various schools and events. I’m sure Piper will be a big hit at Maker Faire San Francisco, where the Pi will be represented in force by well over 100 exhibitors of projects, accessories, and peripherals. Being a small group that already has a lot on their plate, they can support a limited range of product combos as each variant requires additional time to acquire parts, package, perform quality control, and provide customer service. Perhaps they can provide a display-less variant as they get past their growing Kickstarter fulfillment obligations.

I get that different variations adds complexity to the product offer. But focusing on what makes their project unique and leaving behind the extra baggage would help their target audience (the kids that need educating) more.

Expensive laser cut box – don’t need it.
Another little screen – lots of those around already.
Mini computer to run it all on – tick, tick, tick.

game & levels that act as compulsive and addictive education – brilliant, focus on this and go crazy
Bag of electronics for use with the programme and levels – very useful – an opportunity to make money from micro transactions with new levels and kit bags.

the temptation is always to create one stop shop as it looks great. But its overkill and the glitzy box is only adding cost to the product that would be much more accessible without it.

As for variations making things complicated – each part of the ‘package’ is easily bagged up separately – then the order is fulfilled by ‘picking’ the bags needed for the order – they are going to have to do this anyway to avoid a customer service nightmare.

We look forward to your crowd-funded project that will be “better”.

That is so cool!!! do you think you will sell a version that is just the extra stuff? (for those who already have a RPi and screen)

For all those parents out there whose kid’s schools ‘made’ them all buy iPads to ‘promote IT literacy’, this is what they should have been doing instead. A fantastic sample of inspiring kids to become tinkerers. It only takes one good book to get into reading. This has the potential to do the same for kids in inspiring a generation of junior ‘makers’

Please go to the forums, where you’ll find a troubleshooting section.

This is a fantastic idea. Both of my kids enjoy Minecraft and would be excited about the idea of customizing it. And at that price point, Raspberry Pi has so many possibilities for making kids enthusiastic about learning.