I have an iPhone, but I have to admit, I don’t use Siri much. The male, British Siri is about 80% less charming than the female, American one. The things I need, it just won’t do: SiriUK’s restaurant database appears to have been composed by a hungry flock of starlings pecking the keys at random; and he doesn’t understand the word “Eben” no matter how I pronounce it. (“Calling Adam now.”) I do use Siri to set reminders, add things to shopping lists and call my Mum’s number and the numbers of other people whose name it recognises, but that’s about your lot. Not the people I was trying to call. Although they do look as if they’d be a blast at parties.

Over on our forums, DarkTherapy has just made Siri a whole lot more useful. He’s got SiriProxy running on the Raspberry Pi, along with wiringPi, which he’s used to access the Pi’s GPIO pins and turn a relay on and off. That relay is then hooked up to an automatic garage door system – meaning Siri can open and shut the doors on command.

There’s code and instructions in the forum thread. Do you have any ideas of your own for extending Siri’s capabilities? I’m rather liking the idea of telling it to turn lights on and off in my house when I’m away, for simple burglar-foxing.

Crowdsourcing new Tips of the Day 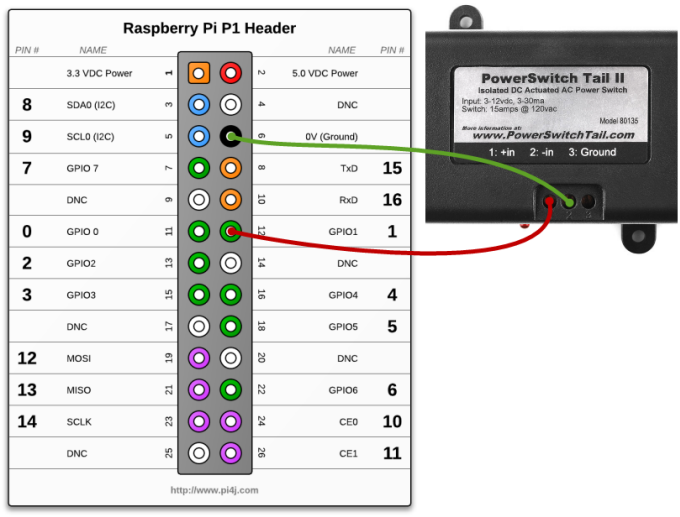 I’m not 100% sure, but that may be the wrong SiriProxy link. You may mean this one instead https://github.com/plamoni/SiriProxy.

Thanks Liam! Somewhat distracted today – the phone won’t stop ringing. (This is a lousy excuse.) You’re quite right, and I’ve redirected the link.

Standing by for the waterfall of disaproving comments on having “naked” people on a web site for the RaspberryPi and how it will corrupt the children.

Let’s hope those “fig” leaves are raspberry leaves instead then. ;-)

It could be much, much worse – Siri could be as bad as iOS Maps! That’s hilarious that you can’t get it to recognize “Eben”. You can give it a phonetic hint by selecting his contact entry, pressing the Edit button, scroll down until you see the Add Field button and press it, choose “Phonetic First Name”, type in something like “Ebben”, “Ehben”, etc., and then save it. The phonetic spelling will be displayed within the contact listing.

Wait, they retained the Siri name for a guy’s voice (obviously, a butler did it ;) )? OK, the next time I drive over to Cupertino for lunch I’ll have yet-another piece of ammunition to use in the ongoing rib-fest I have with my friends at Apple (yes, we both enjoy BBQ and mercilessly tease each other about our respective flubs and flops).

Jim, you are a marvellous thing. It still says “Adam” when displaying what it thinks I’ve just said, but now actually uses the right contact. Thank you!

Siri works by crowd-sourcing – it learns a little bit from everyone and kind of averages things out (this is such a gross over-simplification that my computer science brethren are collectively rolling their eyes, this is on the level of “nuclear reactions are like ping-pong balls on mousetraps cause a chain reaction”).

If everyone puts an Eben entry in their iPhone contacts and then attempts to tell Siri to call him (just put in a dummy phone number like 800-555-1212, in the U.S.) the Siri natural language processing system will eventually learn what an Eben is and what he sounds like (” … ehm … ” :D) or, at least what his name sounds like being spoken. I am _not_ recommending that people all try to e-mail him this way!

Clock me in as a major opponent to nudity online!

I just ordered my first pi and am studying teaching next year. I will not recommend pi to anyone if the related information / education resources include pics like these.

This is my first time to this site and I’m not impressed the the web controller has not removed this.

Sorry for the negativity I’m excited by pi and the class room potential lets all set a great example for our kids. Not only in technology but also in morality and ethics and in purity.

There is a an internet rule about prurient fussing over renaissance nudity. I’m afraid that under its terms, you lose.

You know, I was kidding when I posted that there would be complaints, sadly, it seems I was not kidding, but being “pre-scient”.

I fail to see whay people get so hung up about naked bodies. If this was Scandinavia, for example, no-one would notice. (As they all run, naked, through the snow and ice to the Sauna at the bottom of the garden. next to the icy lake.)

What’s your opinion of the Sistine Chapel mural? One of the greatest pieces of Art ever, or bunch of half naked people?

Clock me too! My children saw this and now they are asking, “Daddy, why has that man got bumps?”. If I’d wanted my children to see this sort of depravity I’d have taken them to the cradle of filth that is the The National Gallery.

The only saving grace is that you didn’t use Michelangelo’s “art”, because Adam has always got his todger – aka ‘Little Mickey’ – out in that. Dirty.

“Depravity” – you jest surely? Depravity, if you wish, is where there’s a man in a loin-cloth nailed to a huge cross. That’s depravity. I prsume you don’t want your kids to visit a local church any time soon?

Why didn’t you tell your kids that “that man with bumps” is a woman and women are different from men? Or something similar but truthful?

Yeah – I think he’s joking. Don’t think the other guy was, though.

Have to reply here because I can’t reply below. Sorry.

Kenny, if you were jesting, apologies for my not getting it. Sometimes I can see the wood for the trees.

the cradle of filth that is the The National Gallery.

Pretty sure this means he was joking

Ooh, I don’t know. Have you seen some of that Bronzino? FIL-THY.

This is superb. All he has to do now is get rid of the iPhone bit and I’ll be totally in awe ;-)

I was thinking the same thing. We need a Google Now proxy, NOW! :-)

Yes – after all, Android on a Pi is a matter of when, not if, so an all-Pi system would become a possibility!

Hmmm, most modern forms of Android require a lot of ram and an arm v7. We may get older versions of android running, but I wouldn’t expect jelly bean.

Ice Cream Sandwich will be good enough for Google Now. According to http://www.raspberrypi.org/archives/1700 it’s time and resources that are preventing it right now, rather than technical limitations of the Pi.

Thank you Pete! Really nice piece of work yourself!

Can someone please post an SD image with this installed? I want this a long time, but after the steps from the forum, I get errors. After google’ing it, I found that the errors are common, but I can’t solve them due lack of knowledge.

It would really help me if someone can share an image with me. Then I only have to change the ip address.

Yeah, a big thank you to Pete for making the awesome SiriProxy: (https://github.com/plamoni/SiriProxy)

Great use of the Raspberry Pi. We’re only one step away from ‘Beam Me Up Scotty’.

So, does this mean you have a transporter that works (I just hate when an arm winds up sticking out of an ear) and you’re just waiting for someone to figure out how to integrate it with a Pi? ;)

Now all Liz has to deal with is burgling-foxes…
Perhaps reading posts before 9am should be avoided. :D

Now to combine a few Pi projects into one, PiCar, PiCoffee/PiBrew, PiSiri…
“PiSiri – now you have wheels, get me that sandwich!”

That’s just sexist to assume that beacause Siri is a female name it should be making sandwiches!

I’m in UK. so Siri is a Sir here.
Apparently the guy who did the UK voice recorded it years before and didn’t even know it was being used.

he doesn’t understand the word “Eben”

Surely the solution is to file his phone number under “My Lord and Master”?

Now all we need to do is get this working with Google Now on Android!