We are disgustingly pleased to announce that Eben Upton is one of this year’s MIT Technology Review’s TR35 award winners. TR35 is a list of the world’s top 35 innovators under the age of 35, and it’s a very big deal indeed: previous years’ lists have people like Jonathan Ive, Linus Torvalds, Larry Page, Sergei Brin, Mark Zuckerberg, Jack Dorsey and Konstantin Novoselov on them. We’re feeling immensely proud about the whole thing at the same time as experiencing a considerable amount of disequilibrium. (Although TR35 is a far more prestigious thing than any of the other awards the Raspberry Pi project has won, Eben notes that the disequilibrium is very similar to the disequilibrium he’s experienced when total strangers have come up to him in the street 4000 miles from home and insisted on buying him raspberry-flavoured cupcakes.) If you want to read more from the MIT Technology Review on Raspberry Pi, there are two articles in this month’s edition: one by Eben and one about him and the project. Well done Eben – it’s a fantastic achievement.

Note for Jim M – TR35 was the photoshoot that held up my posting that Pi to you; it’s one of the ones in the second article. 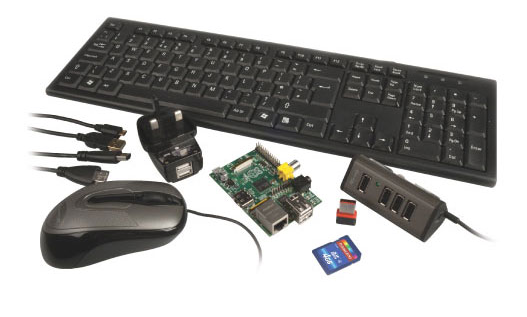 Congratulations! Just read it on tech review and it made me proud to be British :) :)

A good article, but note that the BCM2835 was not the first Broadcom microprocessor intended for multimedia applications. That title goes to the BCM2820.

The course is free and appears to teach computer science through the medium of python.

I believe the course will closely follow the subject matter found at http://ocw.mit.edu/courses/electrical-engineering-and-computer-science/6-00sc-introduction-to-computer-science-and-programming-spring-2011/ .

Lectures for this can be seen on youtube or the Chinese youku – see for example http://www.youtube.com/watch?v=Pij6J0HsYFA or http://v.youku.com/v_show/id_XMTMxNDIzMDg4.html

I previously took the pilot course in this new initiative – 6.002x (which is being offered again) and can attest to the rigour and quality of instruction.

A very well deserved award and ,in which, I considered him above those that won before him. I can’t of a better foundation than to get our little ones back into innovation and creativity.
As a parent, Thank you Eben, thank you RPi team.

Fantastic photo! My eldest son is at Primary School; I am in my 30s. I remember learning to program with almost-single-syllable BASIC (at Primary School and at friends’/relatives’ homes) from about his age (I learned BASIC in parallel to learning the English language). It was all very fresh and new and so “cool” that the BBC had a TV series called “Micro LIVE” which was all about programming (and competed with Tony Hart on Art, Johnny Ball on Maths and Science, etc) and there were also a few magazines/fanzines around. You may remember “Micro LIVE”; I found these youtube clips:

I’m thinking there might be, better, options (to supplement “Nina and the Neurons”? Your photo suggests there could be! Does Eben have a children’s TV show lined up? Has he been on Blue Peter with the Raspberry Pi yet?

Bask in the moment and enjoy, you’ve earned it.

Congratulations Eben! With that in your pocket, please convince your employer to release some documentation about the GPU.

Two things struck me in reading the articles. One was the emphasis on the $25 price, even while describing the Model B. The other was…Eben is younger than either of my two kids.

Seriously though, it is very much deserved. Well done Eben.

You have no idea the dreadful effect on hair retention that a year of doing this can have. Mine’s a wig.

Congratulations to Eben, but also congratulations to Liz who has been instrumental in facilitating the Raspberry Pi online community and creating the publicity required to attract the attention of these influential organisations. [or organizations for those without the benefit of an accurate spelling checker :-)]

Aw – thank you! Very much appreciated. :)

Very few people achieve such greatness in the technical community, but… YOU ABSOLUTELY DESERVE IT!

Keep up the great work!
You make us all very proud!

He is also on my good boy list too…

You deserve it Eben! The world will change in the upcoming 10 years. :)

“Note for Jim M – TR35 was the photoshoot that held up my posting that Pi to you; it’s one of the ones in the second article. ”

Congrats to Eben (and the lovely young lady whom we all know is really responsible for his success – I can lay it on thicker than marmalade, can’t I? ;) ). That award makes it well worth the wait.

His fingerprint on the box has not been used to clone another Eben as promised, but, I just heard an ugly rumor about some sheep in Edinburgh who bear a creepy resemblance to various famous people – beware what they may have done with drinking implements while he was there! :D

I’ve got a funny feeling that this won’t be the last time we see news like this, although I’m not familiar enough with the Nobel Prize rules are to figure out what category a credit card sized computer that’s shaking up an entire industry would come under … Literature, as in science fact so unbelievable it would qualify as fiction under any other circumstances, perhaps?

Congratulation ! :)
You deserved it !

Congrats! Hats off for Mr. Upton – a true visionary!

Congratulations Eben! Not only because you’ve receive this award but also because your efforts – the Raspberry Pi, has changed the world for the better.