Clive: We like wearable computers; we like music; but most of all we like wearing Blake’s 7 style gauntlets, playing air guitar and head banging. So we were delighted when Adam Smith-Kipnis of Team Hackcouture.io, a small team of technologists and designers “passionate about wearable computing”, got in touch to tell us about their recent win at a wearable computing hackathon. We were really impressed by the short development time and the amount of tech they managed to jam in, including RFID, accelerometers and conductive fabrics.

Adam kindly says that the Raspberry Pi was “a core element of our success” and here he tells us a bit more about the hackathon and their winning entry: This past weekend at the Seattle Interactive Conference, AT&T hosted a ‘wearable computing’ themed hackathon competition.  On Tuesday night, team Hackcouture.io was awarded first place with our invention of a mobile, gesture detecting fabric glove, paired with our own air guitar iPhone app.

The modular prototype, conceptualized and created in just 18 hours, uses conductive fabric sensors to track gestures and relays them to a Wi-Fi enabled Raspberry Pi mini-computer, mounted to the arm.  We even used a prototype headset from Plantronics, equipped with an accelerometer for “head bang detection.”  Additionally, the glove was outfitted with an RFID chip in the palm for access control, as well as a gesture detecting Pebble smart watch for display of QR and UPC codes. These are used to share data with mobile apps. When we think of wearable computing, we think of weaving computing into the fabric and threads you wear.  Today, there are too many seams between computers and clothing.  We want those connections to be seamless. While we see value in this platform with entertainment, productivity and accessibility, what it could become is anyone’s guess.  We’ve seen that when communities come together with the right platform and the right product, some really magical stuff can happen. 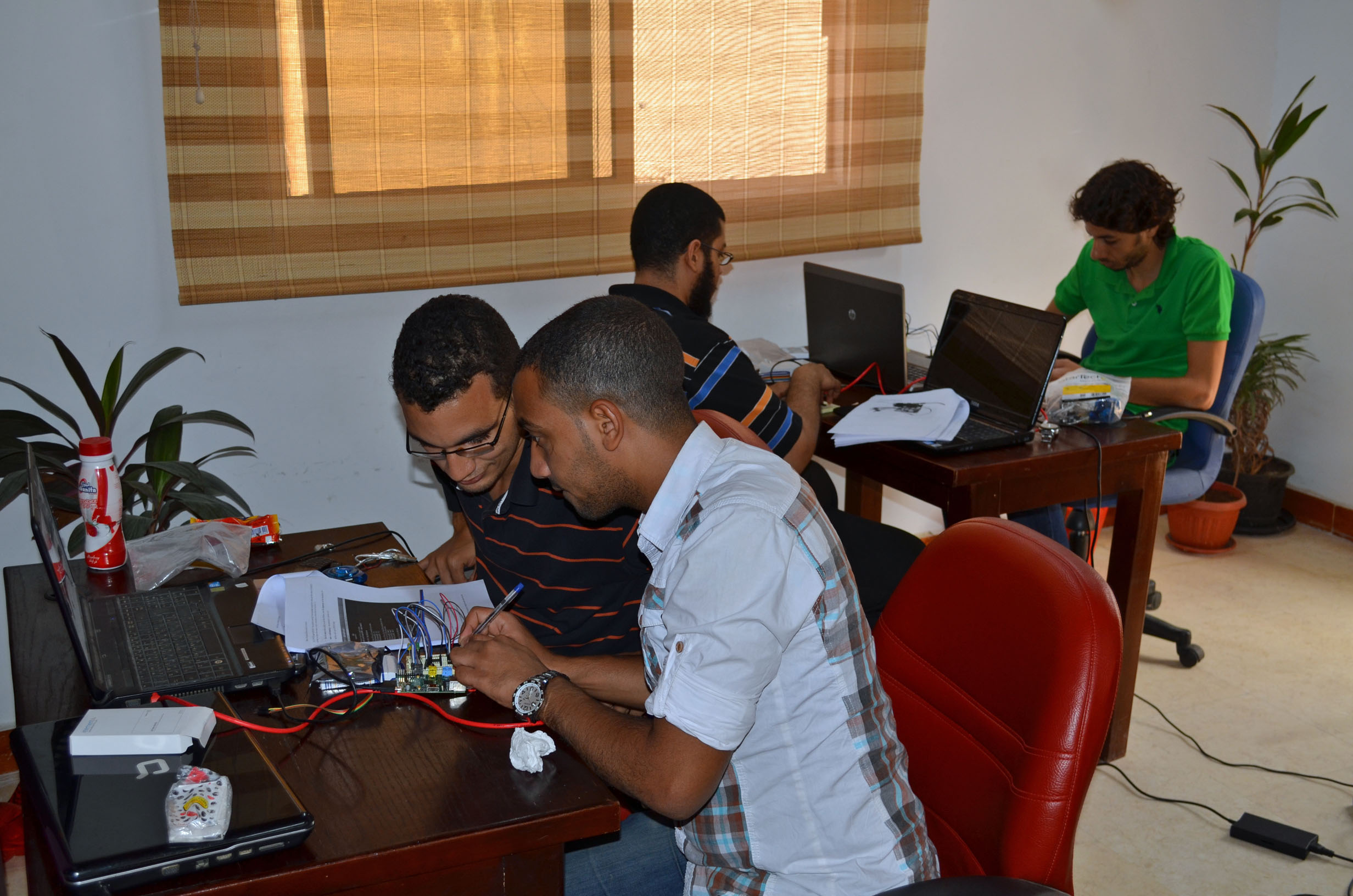 I second this motion! I wanna see some headbanging!

I thought the Pi always was an “ARM” machine? What did they change? ;)

And you even managed a Spinal Tap reference, Nice!

As soon as I’d written that I had to go and dig out the DVD so I could to watch it again. There’s more to Spinal Tap than “These go to eleven” ;)

There’s a cross-SWAG opportunity in the hilarious little mini-Stonehenge that is close enough to looking like the Greek letter Pi to be adopted as such. Let the sales of Foundation-supporting, official mini-Stonehenge Raspberry Pi cases begin! :D