People have been emulating classic computers and games consoles on Raspberry Pi since we launched back in 2012. For those of us who bough our first hardware in the 1980s, this is a fun way to take a trip down memory lane, but our relatively modest CPU performance restricted us to third– and fourth-generation platforms. Anything with 3d graphics hardware was pretty much out of the question.

Since we launched Raspberry Pi 2 at the start of the week, people have started posting videos of emulators for fifth-generation consoles running at full speed. Check these out:

I know what I’ll be doing this weekend… 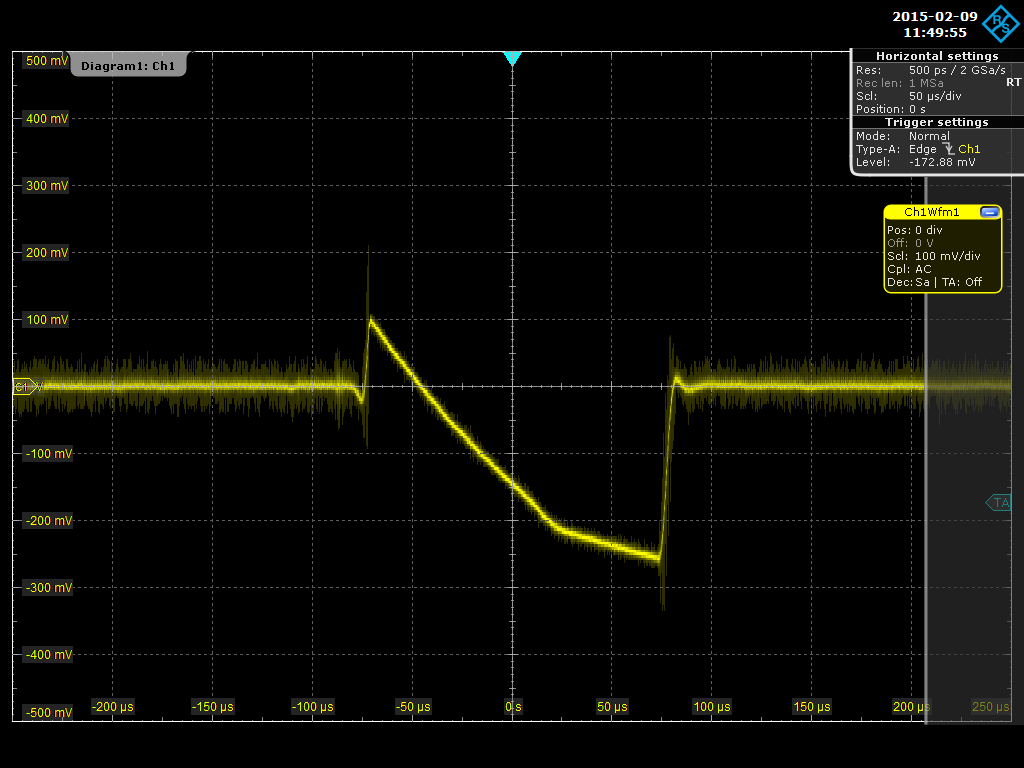 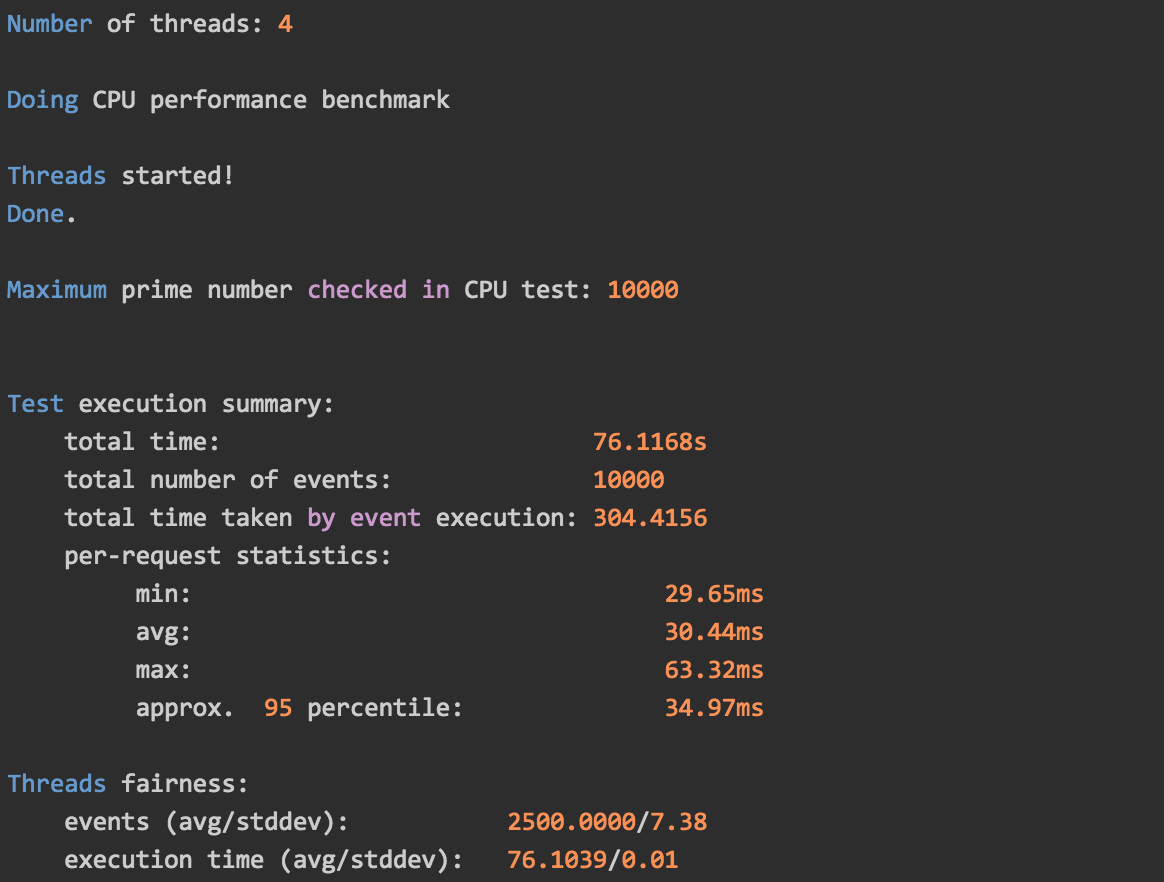 Awsome ! Can’t wait until someone release a case with buttons and battery to make it a portable retrogaming device.

Ooooooo. I’ve got an old transparent case GameBoy that does nothing…

I could make you a Lego case based on your fav gaming console!
https://flic.kr/p/pujng1

This is perhaps the coolest case idea ever. Seriously. I need one.

Since I am not a tinkerer, I’d love to see a ZX Spectrum Plus / Commodore 64 / Amiga 600 type of keyboard, to house the Pi 2 and make it a proper Retro-computer. And no, I don’t mean something like the Fuze. That is simply too expensive for my needs.

We’ve seen people cram a Pi into a Cherry keyboard – check out http://preamp.org/mods/raspcherry-pi (scroll down for English instructions). They’re lovely keyboards; I have one on my gaming PC.

There is a device called Keyrah that’ll convert the Amiga 1200 & Amiga 600 keyboard (amongst others) to USB so you can plug it into one of the Pi’s USB ports.

I’m the author of the emulator ZEsarUX:

It emulates the computers:

I runs on any Unix machine, and I have tested it on a Raspberry Pi Model B. Unfortunately I don’t have any Raspberry demonstration video of my emulator, but you can check some of the emulator videos taken on a PC/Mac:

Man you are awesome !!

Cool work … now I’m going to have to go and make a Spectrum case :)
https://flic.kr/p/pujng1

I wonder what happened to last attempt of getting Amiga-emulation to the pie.
Any news on this one Eben and Co? http://www.amiga.org/forums/showthread.php?t=62135

There’s a nest of copyright and trademark issues around the Amiga; several different entities claim ownership of the same IP, so it’s a big legal hairball. Which is a shame.

Someone should get in touch with Cloanto who produce http://www.amigaforever.com/ with licenced ROMs and disk images, I’m sure they’d be willing to work with people.

Yes, Cloanto are *exactly* the right people to speak to. They have (exclusive?) rights for distribution of AmigaOS <= 3.1 Kickstart ROM images and WB disks for emulation.

I’ve been emulating N64s, PlayStation, Amiga, Atari ST, DOS PC, and loads more for some time now using RetroPie on a standard RPi B. I’m surprised nobody has mentioned it: http://blog.petrockblock.com/retropie/

My RPi2 arrives tonight so I’m hoping for a big speed increase. :)

A lot of people have done this as well, but now we can finally do this at full speed :)

Raspberry Pi B
https://www.youtube.com/watch?v=nxuuTKo7INs
This video is to show the problem with variables being displayed on screen so compare to the version after the variables have been removed from the screen.

What would be intresting is if one of the devs/IP of a fifth gen game would be willing to give the source and maybe a sixth gen one In the case of pi2 seen as emulation takes resorces it might be a good test to see the difference when running native.

I wish the US suppliers would hurry up and get them in. I have 2 more of the monitors I used in my bar top and I think I need a coffee table cocktail machine.

And for those who want a portable for the kiddo’s
http://www.instructables.com/id/Raspberry-Pi-Emulator-Console-for-the-Backseat/

I purchased the Pi 2 to teach my son and build a retro mini arcade machine, and this evening I tried to run Retro Pi and all I got was the “Rainbow” screen. I am assuming it is because of the Arm7? Reading this thread gives me great hope but please may I ask where everyone is finding the emulators that are comparable for the Pi 2?

There is a who forum dedicated to gaming including lots of threads on emulation. Here’s one for example
http://www.raspberrypi.org/forums/viewtopic.php?f=78&t=54357
But you will find many others there also

Yes – your rainbow screen issue is likely due to the lack of an ARMv7 kernel in your image. Check you can boot a fresh Raspbian from our downloads page, and then try copying the boot partition across to the Retro Pi image.

the Playstation games were already running in acceptable speed in an old RPi (overclocked to above medium).
apropos overclocking…
how will be the behaviour of the RPi2, in case in the /boot/config.txt file are overclocking options enabled…?
specially, when these options are lower than 900MHz???
will the RPi2 then “underclock”, when the options are setted to “Moderate”, “Medium” (settings that are overclocking the old RPi1 are some of them still less than the standard from the view of an RPi2)

Cool beans! I wanna make a small console for my TV for playing .. well mostly 8 and 16 bit consoles… i’d love to play. Wish it was easier to get windows 10 for it, but MS wants you to jump through hoops and prove your doing nothing but work with it… otherwise i would put win10 on it and go from there..

Hi, I know you guys are busy but I was wonder when you will announce the Christmas Competition 2014 winners

Real soon now! (Next week, I hope. We just finished the judging yesterday.)

Can someone try the nintendo ds and psp emulators? the PPSSPP guys has some linux build for that. And i think the desmume should work.

How dificult is things like gameboy emulation? i mean , i could think of nothing better than playing GBA games on the big screen (for reals) Pokemon especially

Very easy – https://superpiboy.wordpress.com/ is one of hundreds of examples you’ll find with a spot of googling.

Got my Pi2 in today and have been testing out PiPlay on it. So fast. So So Fast!

*Waves* Hi Shea! It’s brilliant, isn’t it! I’m looking forward to seeing what you do with it.

I tried the piplay, but the Pi 2 would not go further than the rainbow boot screen. Then I installed Raspbian, and followed this tutorial: https://github.com/ssilverm/pimame_installer. All went good until I tried tranferring ROMs. Would not upload to the /roms/nes folder. Not with webupload, or FTP. Some trouble with access rights. Am I using a wrong version? Have you made an Pi2 ready .img file I’ve missed out on? :)

Have you enabled SSH from raspi-config?

But still think you are missing some extra markets for the device. You can buy Android smart TV boxes for not much more on Ebay.co.UK.
So why not see if you can not link up with another firm to do Raspi Smart TV Boxes / retro games machines.
They are not a Xbox one etc but don’t cost Xbox one prices.
If you can keep a £30 price you will have a market especially if it can dual boot for Android or game mode.

Shame no one has the money or will.

I was soo looking forward to start with my Pi 2. Sadly it was a DOA :(

I thought mine was a DOA too, but turned out I needed to freshen up the SD card I was transferring over from a model B.

Although I had to use sudo rpi-update for the last step.

It was such a relief to see the (very fast!) boot sequence!

There is a know issue now Raspberry Pi 2,
please can you fix it.

I’m not sure whether this post is serious or not – either way, please read http://www.raspberrypi.org/xenon-death-flash-a-free-physics-lesson/

I agree! One day SCIENCE will invent a substance that is OPAQUE to light. But until such day I certainly won’t be buying what is basically a PHOTONIC tampon.

If I stick my RasPI under a blowtorch, it’s useless within seconds! After two hours in a bonfire, it was a charred mass of silicon. These are known bugs in the product! Fix it immediately or I will never buy your product :)

I don’t understad what you mean by a bug, I thought this was a feature. When the end of the world comes via our old friend the nuclear holocaust it is well known that the EMP will destroy all electronics currently running.

With this feature, the flash from the nuclear explosions will automatically power down the Pi so that the EMP does not affect it. Then, once the end of the world is over we can all get back to playing … I mean working on our Pi!

Cyntek offers a very nice housing to prevent that, or turn off flash when taking a picture, or find a real issue to gripe about because this isn’t even a problem for 99.999% of us.

That sounds a bit like poetry with all the new lines…

Emulation station does not appear to work when installed by retropie on a pie2. Any one know how to fix this?

Easy to give your Pi a retro gaming look … just build your own case ;)

Otherwise the games, especially SNES games run incredibly better on the RPI2 than on the 1 making the controller issue even more frustrating.

May you share the circuit diagram of Raspberry Pi 2 Model B with us?
I want to make my Chocolates Pi！
May I do it？

Hi i’m a complete noobs at programing but love the look of the pi 2 (the B+ looks the same lol), i has more ram and four cores! I this is perfect for me to start programing and play some emulators as well. I also can’t wait to see what you guys or gals make in the future.

Just wanted to thank everybody who put anykind of thought into it. You da best!!!!!!!

So my friend is getting a PI2. He wants to play SNES, Arcade and Sega games. Is there a tutorial out there (soup to nuts) on how to achieve this?

http://blog.petrockblock.com/retropie/
He has ez to follow instructions and prebuilt IMG. Then if need be, try this site for extra help…
https://supernintendopi.wordpress.com/

I tried installing simulink support package on my raspberry pi2 using the add-ons on matlab, twas successful until i got to the point i had to choose what type of raspberry i wanted to setup the installer package on; which has only two version(raspberry B, and raspberry B+), I chose the B+ but after writing the package on my SD and, the board was unable to read the SD. The activity light just blinked once, no network connection indication and my RPi wouldn’t start up…Can someone please help out, I’ll really appreciate it

Is there any way to emulate the ps3 and xbox 360,so we can use our game cds and play xbox with our raspi2’s

I would really like it if they add the following emulators.
Sega Saturn
Sega Dreamcast
and the next gen consoles such as
Xbox
Playstation2
and the Nintendo GameCube
And I would love it if they added the Wii Xbox 360 and the PS3 witch i highly doubt. But if they do get added on I will be amazed and it means more great games to emulate. We would love it if you do.
PS It does not have to be 60fps when it comes out but we would like it soon after it’s realease :D.