Just before we went on holiday, Eben gave an hour’s talk at the Hacker News London Meetup. (Check out their community too – we’re big fans.) You’ll have heard some of what he has to say before, but there’s really interesting stuff here on raising capital, supply and demand, the charity model – and some brilliant questions which I don’t think we’ve ever answered in public before.

It’s an hour long, but it’s a talk that is worth running in the background just so you can listen to it while you’re doing whatever else it is you do to fill an hour (which is exactly what I’ve been doing while I answer email). I really, really recommend this one. In particular, Eben has a bit to say in the Q&A about the really nice interactions we’ve been having with Richard Stallman, which I know will make some of you stand up and pay attention. 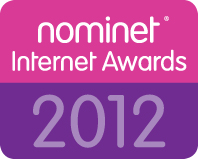 Joey Hudy, inventor of the Extreme Marshmallow Cannon, and a Raspberry Pi

Many thanks for sharing this. I actually tried to make it down to the event after learning that Eben would be speaking but I was unfortunately too busy with work.

For anybody curious, the HN London event page is here: http://www.meetup.com/HNLondon/, and of course Hacker News which is a great news and discussion community which can be found here: http://news.ycombinator.com

I love Hacker News. The discussion on things hardware and software there tends to be of much higher quality than you find on places like Reddit (no offence to Reddit, which is awesome for a whole different variety of reasons); they should get more attention than they do. (And I should have put a couple of links into the blog post – I’m running around like a blue-arsed fly today trying to get on top of things from last week. Heading over to fix it now.)

I hope so too. It does seem like Eben’s been wearing this particular shirt in most videos I’ve watched recently.

It’s his favourite. I found myself hand-washing it twice while we were on holiday. I agree that some new shirts are probably the way forward.

He does wash his clothes himself? I have to!

Ooops should have been : He does NOT wash his clothes himself? I have to!

Most of the time – but I kind of felt he needed a bit of a break last week, so they got done for him. (I should point out to all those weirdos out there interested in our domestic habits that Eben did the laundry this morning before I’d even woken up.)

It’s bit OT but I keep wondering.. You seem to be having camera module going on well, but when are you going to publish the first display module prototypes?

According to the local ‘experts’ (Broadcom colleagues who are each very knowledgeable in their field) it is technically easier to connect a display then a camera. The camera was done first because you can already get an image out of the Pi but not yet in. Also we knew that we had to choose from a very small set of cameras. But there are soooo many displays out there.

Thanks for posting this Liz! I’m looking forward to watching this when I get home later. I’m especially interested in hearing about your interactions with Stallman around RP. Stallman’s been a kind of hero of mine for a long time. I suspect Eban’s going to become one too.. :)

I didn’t know a can of Carlsberg lasted as long as that.

I didn’t know he was prepared to *drink* the stuff; this video was a surprise to me too.

Is there any way I can down load the video to watch it later? My ISP account gives me un-metered downloads between 00:00-08:00.

try google this ‘how to download video from vimeo’, you should get url of sities that offer this, but i didn’t tested them myself i will try later (i have free time between 00:00 and 08:00 to)

If it’s on vimeo, can’t you go to the site and click “download” whenever you’re ready for it?
Maybe it’s even a normal link. so you can “copy link location” and use “wget” to download it in an at-job ?

Hi. Is there a way you could please post this as a podcast for those of us that don’t have the bandwidth to stream an hour long video PLEASSEE?

Good to know that the 1 Pound RasPi sticker that I brought months ago helped to pay for the CE qualification of RasPi.

Could someone post a brief summary? I really don’t have much time to listen and I’d like to hear about the RMS communication.

Eben said “I didn’t know what the [free software] issues were”. What are the issues exactly? What arguments does Eben find compelling or not?