Liz: Here’s a guest post from Pete Stevens at Mythic Beasts, our brilliant hosts. Christmas this year saw…a LOT of traffic, with thousands and thousands of downloads of NOOBS and other images from our downloads page, alongside pageviews in the many hundreds of thousands on the rest of the website – this on a day when we were expecting you all to be ignoring the internet and socialising with your families. Here’s how Mythic made everything work seamlessly. Thanks Pete, Liam et al!

In our last guest post we explained how we’d expanded out the Raspberry Pi hosting setup to cope with denial of service attacks. Since then we’ve done some more work to support NOOBS and cope with a traffic load that’s a bit larger than the main Internet Exchange in Leeds, and a bit smaller than the one in Manchester.

The story starts in July with some updates to support NOOBS Lite.

Our existing mirror setup wasn’t really suitable for supporting NOOBS Lite. Liam Fraser has written explaining why, and, after a bit of discussion, we came up with an alternative. The new plan allowed the coordinated release of the software and all dependent files to every server, but involved some careful decision-making when it came to the serving process.

We came up with these possible configurations:

We were anxious to avoid option #4.

I gave Liam a quick specification to implement a redirector. Here it is in pseudo-code:

I also gave him some code that would query our routers and build the list of directly connected networks, e.g. Liam created a VM for the new downloads service and implemented it exactly as specified. We started testing this code – and then this happened:

There were two problems (aside from the Liz’s obviously unreasonable expectation that Liam had to finish everything before he went to university). [Liz interjects: Pete is joking. Liam is a superb multitasker.] Firstly, the code that worked out where to redirect to wasn’t particularly fast, and was running on a little single core VM. This caused a bottleneck. Secondly, we were using the service from Velocix designed for large files, so we issued a redirect to Velocix, they issued a redirect to the closest cluster of theirs and then the file was delivered. All well and good. But for the small files, the redirects consumed more bandwidth and latency than the CDN saved so using the CDN slowed down the service. The result was that the NOOBS menu came up very slowly – painfully slowly if the mode was set to Velocix. Oops!

So we came up with a new plan, and simplified, it looked something like this: Put into words: we installed a local webserver on each of the load balancers which had a full copy of all the downloads. We next wrote some Apache config dictating that if the file was less than 1MB in size we’d just serve it immediately (taking out the series of redirects and improving the performance). If it was larger than 1MB, we’d then consult our code to work out the best way of serving it. Lastly, we moved the redirector to the load balancers which gave an upgrade from a single-core VM to four dual-core servers, each with a 1Gbps upstream.

(Obviously, at this point the comments are going to fill up with lectures on how stupid we are for using Apache instead of ngnix, lighttpd, node.js, IIS, thttpd, $insert_webserver_of_choice etc. We’ve chosen to stick with apache because it made writing the setup easy, and the bottleneck was the network card in each machine, not the CPU load from Apache.)

On Christmas Eve the traffic levels started rising. Raspberry Pi went 50% over their previous record thanks to the new release of NOOBs v1.3.3, and, we assume, parents setting up Pis ready for the next day. The following morning, this happened (see if you can guess without looking at the legend which day is Christmas): Raspberry Pi doubled the new record for traffic set 24 hours previously. They didn’t manage to become the busiest customer at Mythic Beasts – that record is still held by a music streaming network – but did exceed the internet exchange for Leeds (IX-Leeds) and nearly caught the main exchange in Manchester (IX-Manchester).

On Christmas Day we all sat back with dinner, a glass of something and the odd glance at the graphs and Twitter, happy that all the new Raspberry Pi users had a seamless experience and the last six months of work and upgrades had been worth the time we’d put in. [Liz interjects again: I also spent Christmas Day checking the graphs and Twitter occasionally. The open mouth that the data occasioned made for terrific brussels sprouts target practice for everyone else.]

You can follow @Mythic_Beasts and @FraserLiam on Twitter if you find this sort of thing as interesting as we do. (And if you haven’t already worked out how to follow @Raspberry_Pi by now, you really should be doing.) 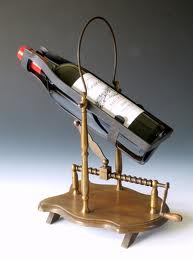 Mathematica and the Wolfram Language on Raspberry Pi

So I’m guessing sales of the Pi must now be very close to 3 million, total! :)

Andrei in the great white north.

Remember that there is a difference between correlation and causation.

The spike in download activity is correlated to a possible Christmas rush in new sales, but it also coincides with the latest release of NOOBS on December 24th AND, being a holiday, people having some time to play. Wouldn’t the new owners cause a spike starting Christmas morning?

The real cause of the spike is probably a combination of new owners, bug fixers, and me grabbing a copy to help seed the torrents.

Re bandwidth, could this be set up on first reboot?
“Hi, thanks for installing the latest Raspberry Pi software. To help save money would you kindly allow your Pi to seed this software.
Yes/No
If yes, what percentage of your bandwidth may we use?
How long can we serve it for?
Thank you.”
More downloads = more torrents being seeded.

Torrents only help when other people also choose to download an OS image via a torrent. They don’t help with NOOBS Lite (which is what the setup described seems primarily concerned with).

Hi AndrewS. I was assuming that once Noobs light (20mb) is downloaded then the next stage is probably download raspbian or another OS which is in the region of 800MB (approx 40 times bigger). I suppose that any files that can be torrented will ease the load on the Mythic servers and hopefully supply will grow with demand. I suspect lots of Pi users would gladly help like that if they were given an easy way to do it. If Noobs first seeks a torrent download or I believe there is a way to combine downloads from a main server and torrents at the same time. So if torrent bandwidth is there Noobs could use that and if needs be suck some from the main servers?

NOOBS Lite uses direct downloads (using wget) rather than the complexity of torrents, but feel free to add it as a suggestion https://github.com/raspberrypi/noobs/issues

All the bandwidth is donated by Mythic Beasts and Velocix so this wouldn’t save any money but would add considerable complexitiy to the setup. If Raspberry PI manages to more than double it’s bandwidth again from that peak, Liz will just have to take me out for lunch and we can plan something a bit bigger. A factor of five or so doesn’t require thinking very hard, a factor of ten or more would probably require starters, a main course and pudding.

If we more than double it again, I will *make* you lunch.

Hi peter S, that’s very kind of Mythic Beasts (your company?), I hope it does not cost them to much, it is very much appreciated by all Pi fans.

What is the vertical scale on those graphs?

hmmmm, if music downloads are so popular to hold top bandwidth spot… then it logically follows that next year we need a Raspberry Pi Song.

PS . I was one those ‘playing’ on Christmas eve.

I say it again, these guy’s are awesome!
Great support.

Germany, Austria and probably other countries of continental Europe presents are unwrapped by children on the evening of the 24th already.

It woud be interesting to compare geo data for 24 vs. 25th

Well, I waited until the 30th before starting any of my downloads (to get my PYWWS Weather Station software up and running) – and the experience was painless.
Maybe someone needs to write a simple tutorial on how to use a ‘torrent’ – for those of us whose only knowledge of such a process involves illegal file-sharing, and who therefore have steadfastly avoided all ‘torrents’ at all times!!
Cheers,
Niall

Perhaps a torrent tutorial would indeed be good. But process is as simple as installing a torrent client, downloading the torrent file and then opening it in the torrent client.
usually port needs to be opened on router for faster transfer speed and perhpas a few things might be good to setup in torrent client (instead of using defaults). In Linux desktop torrent clients are usually included with the OS so you would already be prompted to open the file in the torrent client when clicking the torrent download link. a lot of opensource programmes games etc are shared via torrent. especially those with bigger files. it takes the load off main servers. it’s fast plus you get to share with others. :-)

The bandwidth just isn’t an issue, on each 10Gbps link you can do a complete NOOBs download in less than a second. Mythic Beasts has multiple 10Gbps links, Velocix (being a global CDN) has rather more. Mythic can add more capacity by running additional fibres to Tier 1 transit providers and the London Internet Exchange. I’m posting this from Telecity in Docklands and can see both the Raspberry Pi servers and one of the core the London Internet Exchange nodes from where I’m sat so it doesn’t even need to be a very long fibre.