We’re celebrating today: it’s the 75th anniversary of the University of Cambridge’s Computer Laboratory. From its beginnings in 1938 as the Mathematical Laboratory, it’s provided the foundations for much of our computing history; Raspberry Pi is only one of hundreds of successful business set up by academics and alumni, and we’re very proud to be associated with the Lab. The old Mathematical Lab, on the New Museums Site in the centre of Cambridge Things have changed in computing since the Mathematical Laboratory’s early days. Just before our wedding, when Eben was writing up his PhD and we were living in university housing, the wife of a very old, very decorated gentlemen took me by the elbow with startlingly strong fingers after a dinner, and proffered a dire warning.

“You need to understand that life will not be easy if you marry a computer scientist, especially early in your marriage; you won’t always come first. When we were young marrieds, John would disappear for hours in the middle of the night to cool that damned machine for his supervisor.”

It turns out that “that damned machine” was EDSAC. (My advice to “young marrieds”: if you can’t beat them, join them.) EDSAC1 in the 1940s, with Maurice Wilkes and William Renwick.

It’s thanks to work done in that laboratory that you’re holding a Raspberry Pi now that doesn’t need cooling at all, let alone in the middle of the night; ARM, whose technology is in the Pi’s processor, was originally a spinoff from the Computer Lab.

It was where EDSAC, the first programmable computer ever brought into general service, was built, and where microprogramming was pioneered by Maurice Wilkes, the Lab’s second Director, using EDSAC 2. Towards the end of the mainframe age, major advances were made in fields such as networked computing and computer-aided design. Cambridge’s Computer Lab was the home of the world’s first webcam. It was the place where Michael Burrows, the leading computer scientist in search engine development, learned his trade, and where Bjarne Stroustrup, inventor of the hugely popular computer language C++, did his PhD. Without the Lab, early home computers like the BBC Micro, or the low-power chip technology used in iPads and mobile phones, or the Raspberry Pi, might well never have emerged.

We’re a bit overwhelmed to find ourselves discussed in such august company. Eben’s one of the (ha) Distinguished Speakers at today’s celebrations; tomorrow it’s back to normal, but for today we’re enjoying an incredible feeling of taking part in history, and a sense of the extraordinary pace we’ve been moving at for the last 75 years.

Congratulations to everybody at the Lab, past, present and future. Here’s to the next 75 years – let’s make them good ones!

Updated to add: I’ve just been pointed at a slideshow about the Lab’s first 75 years on the BBC News website. It’s short but interesting, and you might recognise the object in the final slide. 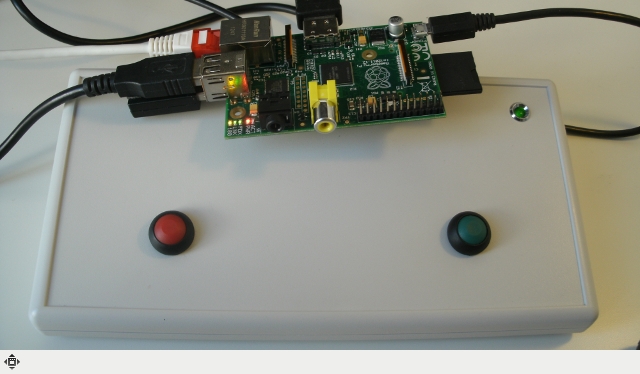 The Raspberry Pi in scientific research 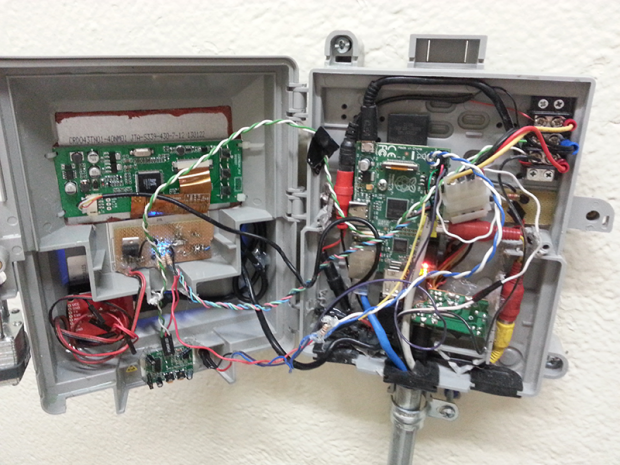 What a shame they replaced a nice victorian building with a glass box.

It’s a wonderful building to work in, that glass box; it’s also pretty beautiful in person. Unfortunately the original Mathematical Lab was demolished in the 60s; it was tiny and didn’t offer sufficient room for all the faculty members and students. They moved next door to a larger building on the same site (TITAN was, I belive, airlifted between the two buildings), but that was eventually outgrown too – when I was at the university, pre the Gates building, there were prefab buildings on the roof of the old lab to make more space.

I think I talked a bit about what a pain in the neck it was working in that old building, which had small rooms and a lot of stairs and corridors, in a previous post – have a look!

William Gates Building? Of all the noted people in our countries history of computer science it was named after an American business man who reversed engineered an IBM operating system and re sold it to the world as his own. Microsoft are the bastion of closed proprietary software, something that is completely juxtaposed to the ideals of modern computer science and academia.

I believe that, technically, it is named after William Gates senior, Microsoft Bill’s dad.

Congratulations on the 75th anniversary!
I wonder how that glass box will look after 2 or 3 centuries of mildew…. maybe it will have been replaced by a hologram.

Pretty good; it’s clad with ceramic, which looks great and is one of the few modern building materials that adequately faces off the Cambridge weather.

I feel like a one-woman cheerleading squad for that building at the moment. There must surely be some other people here who know it and love it? Help me out here!

Certainly does the trick to me, I never understand what the fuss is about. On the other hand, I find my college (Robinson) to have a perfectly acceptable design and apparently that’s incorrect.

Well, your college *does* look like a Doom level, but that’s not necessarily a *criticism*.

There are some more pictures on the BBC news website, but a disappointing lack of text.
I didn’t realise it was a celebration, until I read this blog entry.

How fantastic. I myself went to Seneca College in Toronto, Canada. I actually spoke with Eben almost 2 years ago during Seneca’s FSOSS (Open Source Conference).

I knew then that the project was amazing but my god…how it has grown.

If anyone is in the area of Toronto in October, that’s when the FSOSS is. Worth a trip.

I always dreamed of these old amazing schools with history dating back decades.

In Canada we have Waterloo University, a premier programming and maths school but i still have massive respect for the likes of Cambridge and Oxford.

I think we may be coming to FSOSS this year; hope to see you there!

I like it. The old castles are alright for sight-seeing, but I’d much rather live and work somewhere modern. Proper climate control was especially useful these last few months.

Compared to the Shard or the Gherkin it has one big advantage: the fire brigade have ladders long enough to rescue you from the top floor

Whenever I visited Cambridge last summer I thought the “glass box” was actually a very nice design.

This 75th anniversary also got mentioned on BBC Look East this evening – they were interviewing some bigwig from Autonomy, and the Raspberry Pi got mentioned by the reporters in passing.

I find the progress made in computing during the span of one lifetime absolutely incredible. Maybe someone should develop a USB punch-tape reader to plug into the Pi – although you’d need a very long tape to store a 2GB OS image!! ;-)

I remember trying to program in Titan Autocode. About 1967. The Archimedeans ( Maths Soc.) had some time donated. Permutations of the letters of a message including the name ‘Marvel’, a dehydrated milk powder, then new. And Bela Julesz’s amazing pseudo-3D dot stereograms. Punch a tape in the basement. Deliver to gods in white coats. Next day take returned tape to teletype. Print out ‘Error in line 1’. And I didn’t yet know ANY meaning for ‘recursion’!!
Still trying to improve my progamming skills now, and ever so grateful to the creators of the Pi for giving another generation the chance to experience the wonders of programmable machines.
Thanks Liz, Eben & all the team!

My first programming was EDSAC 2 Autocode. You had to use a special Teletype to list the programme. It had a different character set from the standard one used for input and output.

I think it was largely funded out of his own pocket.

I officially hate WordPress now. I tried the Atomic Lite browser on my iPad since post nesting wasn’t working with Safari, but, guess what, WordPress just plain hates the iPad, at least from where I am here on the Best Coast.

Anyway, congratulations on celebrating 75 years of math(s) and computing at The Lab! Funny, Eben doesn’t look a day over 74 – at least he married a child bride! ;)

No one mentioned that a project to build an EDSAC replica is under way, to be completed by 2015. I hope to someday run a program on that replica when I visit.

Thought about this a while back. paper tape readers and punches are still used for CNC machines, and Vintage Computer were selling kit for a reader (a bit pricey) that you should be able to hook up to the Pi GPIO.

The BBC found some words to write:

At least there’s a positive reference to the Raspberry Pi.