Dan Aldred, of Pi Glove fame, has been working on a new project. He’s been using an Energenie Pi-mote IR sensor board with his Pi to record the signals from a remote control and then transmit these signals back to a device. Why? So that he can control this robot and its (frankly disturbing) twerking from a number of platforms: his Raspberry Pi, Python, Twitter or even a webpage.

The tech’s very clever, Dan, but I’m just unable to get past the fact that the thing appears to have buttocks in certain configurations.

If you want to use your Energenie in a similar fashion, you’ll find typically full and detailed instructions on Dan’s website. We’re big fans of Energenie’s Pi-mote add-on, and there are lots of uses for them outside twerking robots. (I use one at home with an IR sensor to control the lights when we open the front door, because the switch is really stupidly far away when you’re stumbling in the dark; Gordon has one he uses seasonally on his Christmas tree; and Rachel has built one into her home-made sous-vide cooking kit.) All that said, I think this is probably the most entertaining use of one we’ve seen yet – thank you Dan, and more power to your robot’s rear end. 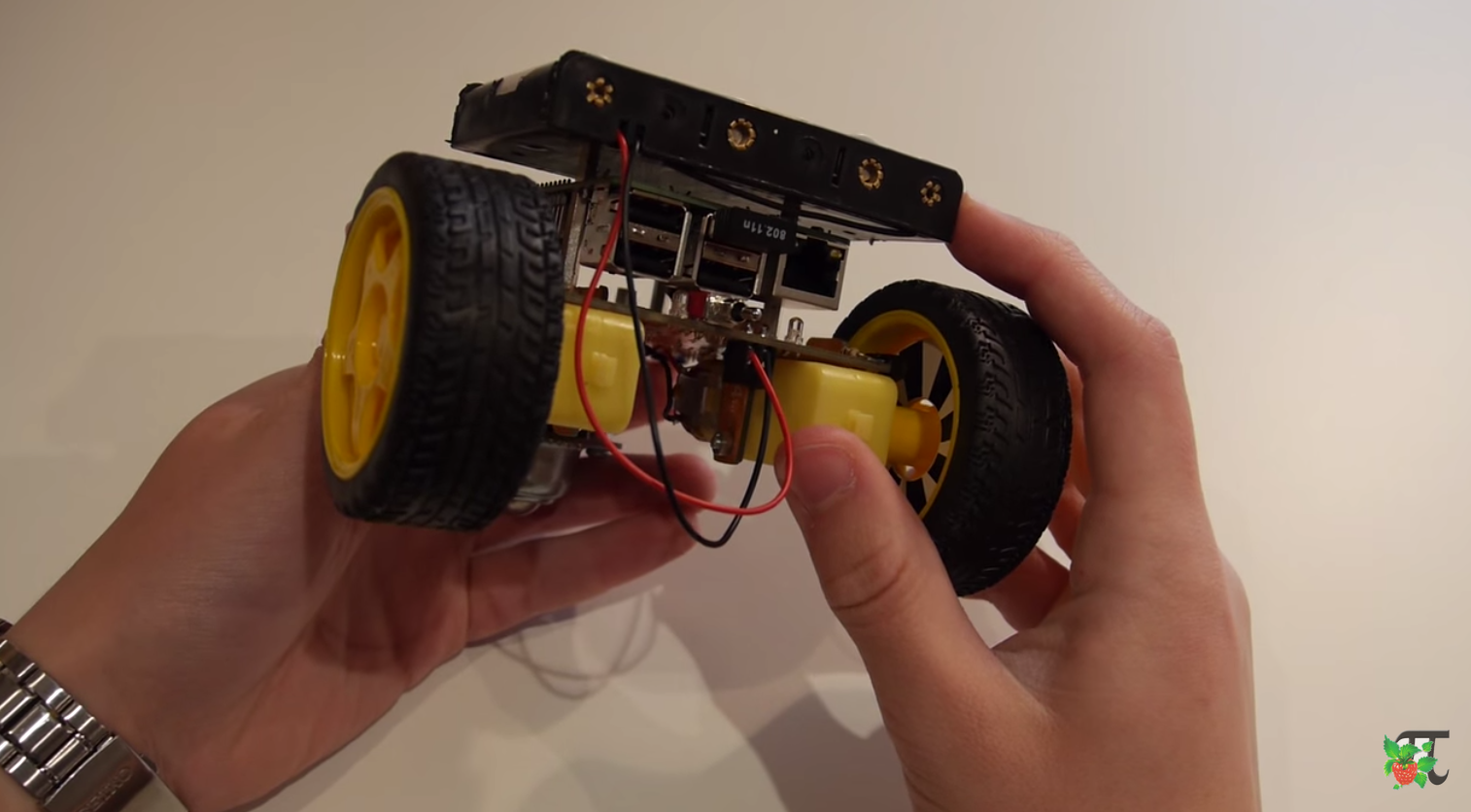 The triumphant return of the Raspberry Pi Guy

Gordon’s been watching it on a loop.

Indeed… especially with the blinking red light on its rear end ; D
I had one question though. Could something like this be done to control my bros. RC car? And if so what would I need to buy.

Hi, RC car is probably radio controlled, the board in use here is Infa-Red, you can get IR controlled cars.
I used the same IR board to ‘hack’ my TV: https://www.youtube.com/watch?v=vOTL_zXQ7Z4

The Robot is called
Mi-1ee Si-rus
Perhaps Gordon would like a live show at the next CamJam?

Liz, think you need to add a “-IR” to the end of the link for the Energenie Pi-mote IR Sensor Board, its currently linking to their RF remote control board not the IR Board. The radio RF unit is model ENER314 and the IR unit is ENER314-IR

Thanks for the spot – that’s fixed.

I’ve never seen this robot before. I love the way the limbs rotate at an angle. What a neat use of the Energenie too. Thanks for sharing this Liz.