Maker datagod has been working on bigger and better iterations of this project for five years now. He started out with an 8×8 matrix, working up to 16×16 and now 64×32, adding new games and enhancing each game’s playability as the project evolved.

PaKdot was the very first game created for this platform on the smaller 8×8 matrix. Now datagod has levelled up his project, the Pac-Man-esque character has a tougher time chasing ghosts around a bigger maze.

You can also play Outbreak, in which individual LEDs act like viruses trying to replicate themselves and infect each other.

Tron Lightcycle is a simple affair in which you try to bumper-car into your opponent’s jet. And in Astrosmash!‘ ships dodge asteroids while protecting Earth.

You can also use the matrix as a simple clock, displaying the date and time. And it doubles up as a retro piece of wall art as well.

The Adafruit RGB Matrix HAT (above) works with most models of Raspberry Pi, and the Mini Kit used in this project comes with all the little extras and power supplies needed. Watch this video to see it in action and find out how it all works.

Check out the maker’s blog, featuring tons more Raspberry Pi projects. News just in via the project GitHub, Dot Invaders — inspired by Space Invaders, of course — is the newest game converted to play in this format: 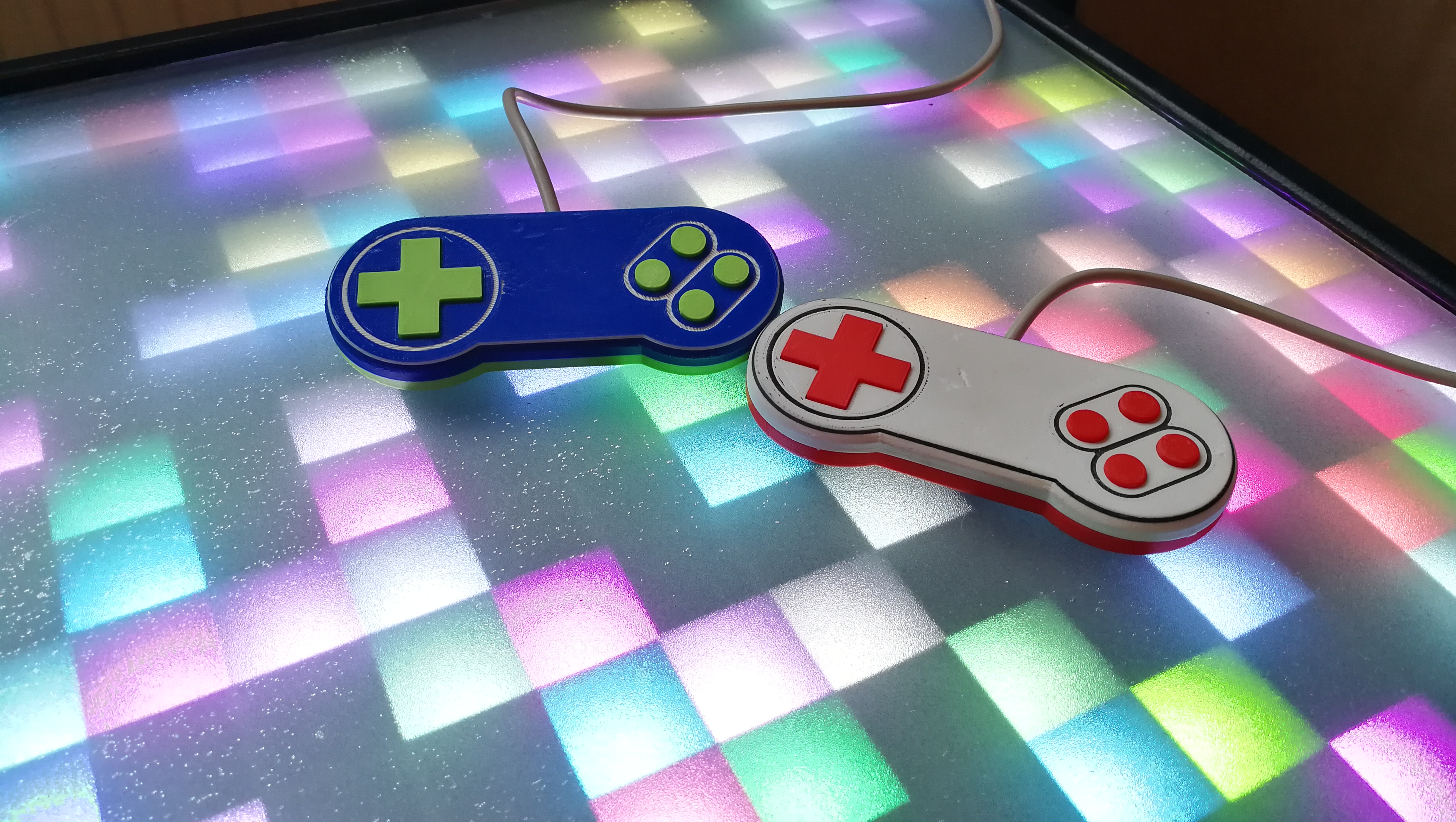 One LED Matrix Table to rule them all

Hey thanks for the write up!
Not only does the clock play games, it is now fully integrated into twitch and patreon. When events happen such as subscriptions, follows, bits thrown, the clock will react and display cool animations. I have been working my heart out on this project to get these features working. I hope to see these displays on streamer’s shelves everywhere.