Update, May 6 2014: Dave’s now filmed a teardown of the project, because so many of you were asking for more details.

Dave Hunt‘s been at it again. Here’s his latest: a home-made smartphone based around a Raspberry Pi. It’s smaller than many of the phones I’ve owned, and it’s cheaper than the phone that’s currently in my pocket, with a parts list coming in at only $158. The PiPhone is built entirely from off-the-shelf kit, so there’s no soldering required, and no fiddly electronics work. I’ll let Dave introduce it to you.

The PiPhone is a remarkably simple build, with a Sim900 GSM/GPRS module (which you can slip a SIM card into – you’ll still have to pay for your calls) talking to the network and doing the heavy communications lifting (making calls, and hanging up; sending texts and dealing with data); an on/off switch, a converter to make the LiPoly battery output 5 volts, and one of Adafruit’s tiny TFT monitors. You’ll find a typically thorough writeup on Dave’s website, with a parts list (he sourced everything from Adafruit and eBay), ! Dave’s now made the code available. Go and have a poke.

For those of you who do not want your phones crammed with Apple, Google or Microsoft software (Jonathan Bell, one of our engineers, still hauls around a Nokia 1600 for that reason – and because the thing’s basically unbreakable), or who want the satisfaction of making one yourself, this is the perfect project. Thanks (again) Dave! 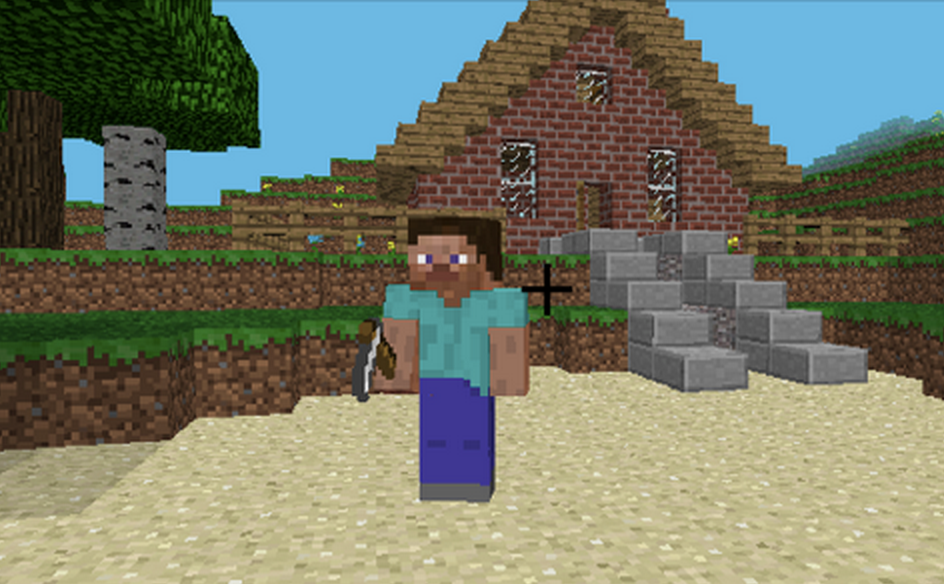 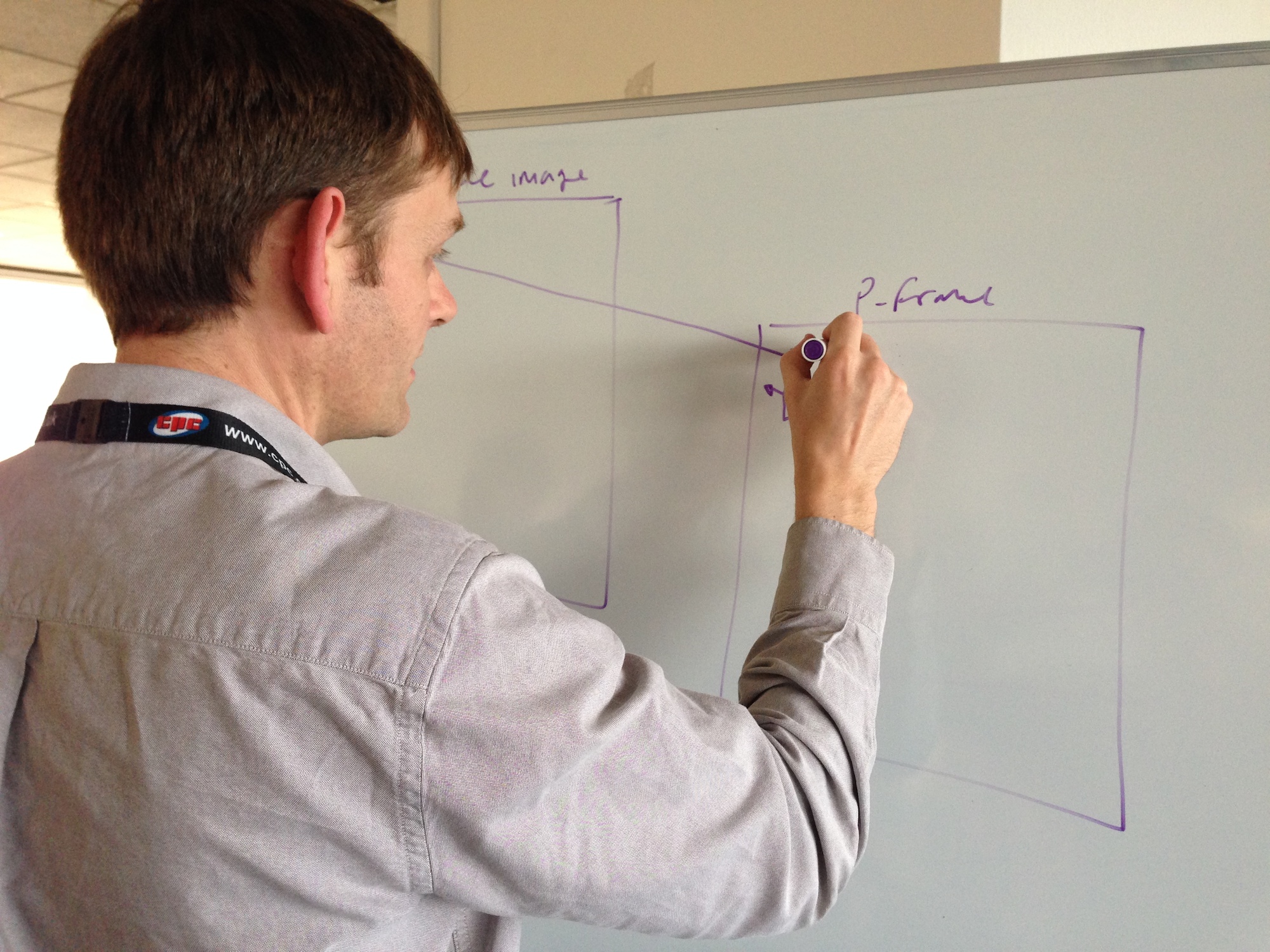 Dave that’s brilliant. You are bonkers. I love it. :)

Thanks, Alex. I love being bonkers (in a good way, of course) :)

Haha I agree that this is awesome :-) And as a bonus we now all know Dave’s real phone number ;)

Is the Pi able to use this to send data to / from the internet? (Although I guess a USB 3G modem would be better for data-only access, but then you wouldn’t have voice access)

Would VOIP be feasible?

short answer: Yes. Longer answer: VOIP over the mobile network requires sufficient bandwidth and low latency for good quality. Bandwidth is rarely a problem these days since codecs are very good at compression. Latency is still an issue. VOIP is useful in some cases but in general as high quality as telco voice. This may or may not be of any importance to you in practice. You have to try it and make up your own mind :-)

now that is a project for the new compute module and custom IO board :)

That’s brilliant – I was wondering how long it would take someone to do it :-)

Cool! Couldn’t you underclock it to help avoid the heating problems? It doesn’t seem to be a very taxing application for the SoC.

That’s brilliant! I don’t suppose you have a component list and where to get them in the UK? Full build instructions would be great, but who likes writing documentation? Well done that man!

All the details you need are on Dave’s website – there’s a link inline in the post, but if you want it here, it’s http://www.davidhunt.ie/piphone-a-raspberry-pi-based-smartphone/

Do you think you guys could release a schematic to use this project with the computer modual one realesed? it would be awesome.

Wow. Nice work. You need a fan on the side and you’re all set!

One thing that I’ve not seen explicitly mentioned, what microphone/speakers were used? Or is that lumped in under the “etc.” tag?

If you watch the video, you’ll see him plugging in an external set.

Very interesting, last week I just got the same TFT touch screen which is cheap and nice addition to raspberry. That’s because we are waiting for HDMIPI screen which is a little late with delivery.

Would it be possible to link this with another OS such as xbmc and be able to transfer operating systems with a switch or by changing the SD card to create a more modern device?

The PiTFT actually requires quite a bit of soldering at the $35 price point listed but I see now some folks are making a business out of selling them pre-assembled.

I think I might be getting a new phone soon…

It would be great if the Pi could run natively from a Li Poly battery. I must admit, it’s not something I have tried. Of course, to power external devices it would need to generate a higher voltage locally. It seems such a pity to make 5V from the cell and then for it to be dropped down to 3.3V with a linear regulator.

I still use a Nokia 6310i phone – about as smart as a toaster. But probably will remain as one of the, if not actually the, best ‘mobile phones’ ever made (‘cos that’s all it could actually do – make and receive calls !!).
However, I do also still have an original Motorola 4500X ‘shoe-box’ phone, and I reckon that I could rip its guts out and transplant all the PiPhone innards back in to the same case.
Now, that would be retro!!

And wouldn’t it be nice to have a phone without any social media gubbins on it? (A vain hope for me, given my job.)

There’s a lot to be said for a stupid phone. Nice and small and battery lasts ages (even when of pensionable age).

The embedded Rpi card would make this unit a lot smaller. Maybe cooler too. And with cleverer design could be “dual-cleverness”: so switch off most stuff and it’s a low-power stupid phone that lasts ages. Then power up to smartphone status, but you drain the battery. Whether you social-media on it is up to your individual conscience.

I was recently forced to replace the battery in my aforementioned Nokia 1600.

The length between recharges had grown so short I was becoming annoyed. I’d only had the thing for 6 years and I was having to recharge it every 4 days.

Fortunately you can just pop the back cover off and swap the battery for another. I’m now back to recharging every 8 days, which is another load off my mind.

It would and it’s already perfectly possible: Neo900, GTA04 or even old Neo Freerunner. They’re not raspi based (as it’s not feasible due to lack of proper power management and closed bootloader), but entirely open and any “bloat” you have on it is the bloat you installed by yourself ;)

No, it’s not smaller than ANY of the phones you’ve owned. Stop fooling yourself, you clown. Look at how bloody fat that brick is, and that’s not even with a decent case around it to protect its innards. You Pi fanboys are a unique breed, that’s for sure.

1) I’ve owned more than one phone larger than that. I suspect I may be a bit older than you: I bought my first mobile phone in 1992. Before that, there was usually one in the house or in the car at my parents’ home although they were pretty rare back in the 80s: my Dad was a GP and used one for the days he was on call.
2) I’m a unique breed all right (I assume you’re talking to me, since I wrote this article), but I’m not a boy of any sort.

Here here! Now, can you please pass the gravy?

It’s certainly smaller than MANY of the phones I’ve owned. The comparison is of course flawed considering that this phone comes without mic and speaker. This is nevertheless a cool and fun project.

Here’s a rather quick and dirty photo (taken with my current phone) of my first mobile phone (1997 Motorola 8700) next to a Pi with PiTFT screen the same as Dave Hunt used.

A 1992 vintage phone would have been a LOT bigger.

First a PiPad from Michael, now PiPhone from David.
These are totally amazing!

Wouldn’t it be nice if you could run android on the Pi, you would have an android phone :-)

I wish I took the time to make the next thing (PiPod?) – very unlikely! (Actually almost impossible)

Can I play Candy Crush on it?

What a splendid idea! Thanks for the great work. Does anybody know if someone has developed a StarTrek style communicator using the Raspberry Pi? I’d really like several of those.

Cool, but hardly small. That thing is probably close to an inch thick, and exposed. If you were to seal it, to protect the internals, I bet you would be approaching close to 1.5″, with an exposed antenna, that could very well break in your pocket/purse. I’m impressed with the execution, but hardly anything practical.

Thats because its an intellectual exercise / experiment / prototype / proof of concept. Since when was all human endeavour for our personal consumption? With a bit of finessing and development and a case it could become a practical option for personal use, but why leave that only to someone else? I think its great – even without the built in phone; a portable computer in your pocket.

Thats because its an intellectual exercise / experiment / prototype / proof of concept. Since when was all human endeavour for our personal consumption? With a bit of finessing and development and a case it could become a practical option for personal use, but why leave that only to someone else? I think its great – even without the built in phone; a portable computer in your pocket.

The sudden realization that you could turn a Pi into a cellphone must have been quite an ePiPhoney!

Great project! That form factor might not be so welcome at an airport security checkpoint, but it’s another great demo of how the Pi transforms a hitech gizmo, the smartphone, into something you can build, take apart, and understand (instead of just a black box from a mega-corp).

First of all: Brilliant!

Other thought is, that I DONT think it Nerds a piphone to Not use google or Apple or Microsoft Crap!
By buying and android phone u Most certaintly are ablenken to install Ubuntu Touch !

But … Way More expensive!
I was looking into Odroid, since they have qcore processors! But also again: more expensive :D!

Really a Genius idea to the fact, Marking SPHONES avelable for everyone :)!

The original iPhone used the same Arm11 processor, but under clocked to 412 MHz, presumably to improve battery life. Maybe that idea is worth exploring for all battery powered PI projects.

If you want to go ‘smartphone’ or an Rpi tablet, there is a team developing Open webOS.

A port to RaspberryPi stalled due to lack of Qt5, but now it seems to be available, perhaps someone would like to pick up the project?

That gas boy ! Is that an Irish number?

This webpage (http://www.davidhunt.ie/piphone-a-raspberry-pi-based-smartphone/) is unable to open now, what’s happened? Anybody kowns?

The project went viral over the weekend; I think Dave’s servers have only been able to cope intermittently!

This is awesome :)﻿
find also here articles on raspberry or other field of robotics, automation and electronics
http://learn.derbsellicon.com/

Already it is Ok. Is available.

So, anybody making the LiPoly battery + casing yet?
I want to order a complete set for my birthday this week…

haha! Imagine walking with that!
I was thinking of putting together a SIP phone using RPi + USB sound card.

I’ve uploaded the PiPhone source code to GitHub. And if your do build it, send me pics. Or call me with it! :)
https://github.com/climberhunt/PiPhone

Is it possible to record the phone in and out sound on the Raspberry Pi SD-card?

How ’bout a sat phone?

Interesting article, hope to learn more about the project.

I use a Pi B with SD card as a voip server, works very well

Thank you Dave (and Liz)

Does anyone know if this would be compatible with the gingerbread port for the pi?

How could you make this talk to AndroidWear devices?