Eben and I are headed back to the US on Wednesday. We’ve got meetings on Thursday and Friday in New York, then we’ll be at Maker Faire in Brooklyn on Saturday. Eben’s giving a talk on the Live Stage this year about the first, terrifying six months of Raspberry Pi. You’ll also be able to buy Raspberry Pis in the Maker Shed.

I can’t believe it’s only been a year. Maker Faire NY was the first large event of this kind that the Raspberry Pi Foundation did back in 2011, way before we started shipping. Our world has shifted seismically since then; Eben’s talk’s going to be a good one. We’re really looking forward to it, and we’re looking forward to seeing as many of you as possible. Please come and say hi if you see us; we get a real kick out of meeting you and talking Pi. Eben’s talk will be live streamed on Make’s G+ page, so if you can’t make it, you can still watch.

The meeting I’m looking forward to the most is one we’re planning on doing over dinner, with Limor “LadyAda” Fried and Phil Torrone from Adafruit; we’re going to be talking about Adafruit’s amazing work with the Raspberry Pi, and what we can do together in the future. Their most recent announcement has been a WebIDE for Raspberry Pi, currently in Alpha development. Take a look:

You can read more about Adafruit’s Raspberry Pi WebIDE over on their blog.

Eben and I are also hanging around over the next week; we’re seeing some friends in DC and having yet more meetings, then we’ll be driving south, stopping at a few hackspaces on the way. I’m not allowed to publicise these events until the hackspaces we’ve been talking to can figure out if they can handle walk-ins for fire safety reasons, but you’ll be able to read all about it in the next couple of days.

Qt5 and the Raspberry Pi 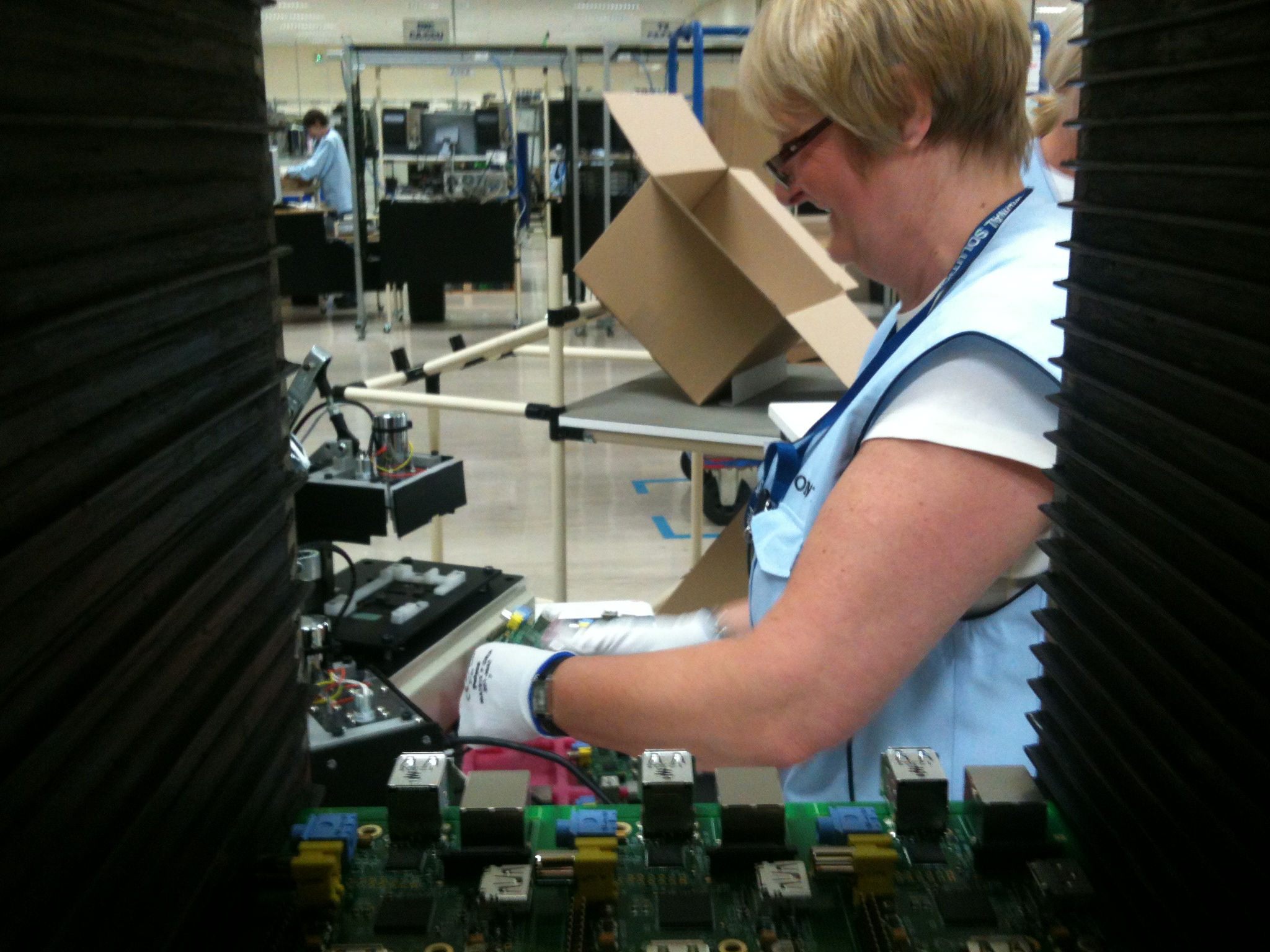 What date and time is Eben talking?

do you know where this time or is it wander around like a lost sheep until you find an unclaimed table again?

We don’t have a stand this time; they’re being sold in the Maker Shed (in a limited number!), but not by us. We’ll be wandering around; if you tweet or email me we can arrange to meet up.

Since everyone is talking about what they’re doing with their Raspberry Pi….I did my homework assignment for the Coursera course “Web Intelligence and Big Data” on the Pi.

We had to program a map-reduce solution in Python using OctoPy (a lightweight map-reduce framework) to index article keywords from titles for all authors present in a bunch of files.
I think the map phase took about 2 hrs and the reduce about 1 hr to run :) Okay, maybe my implementation wasn’t the most efficient either but it did the trick. Also processor maxed out the whole time (overclocked at 1Ghz with latest Raspbian).

Now for the good part. I ssh’d into the Pi from my netbook and launched the omx-player on an mp4 movie while the MapReduce was running (1 server and 3 clients in LXDE environment) and the movie played without a glitch while MapReduce was cranking !!!

I’m taking my 6 year old son to Maker Faire on Saturday. I’m trying to get him interested in electronics. We have had our Pi for a few months now and just recently he started taking an interest in it. I want him to see what can be done with these small computers and decide that he wants to try to do these things himself. I really hope we get to meet you at Maker Faire.

Brilliant! Do come and say hi if you see us.

So glad you are there! Hope to meet you guys!

Maybe you can persuade Limor to relocate to the UK for a year. If anybody could could persuade kids to demand more from their teachers, it would be her.

I know; isn’t she amazing? I’m fangirl-excited about meeting her and Phil – over Korean barbecue, no less! (Nothing like a bit of interactive food that makes your clothes smell for breaking the ice. Love it.)