Last month we shared a project that lets you ride a model railway from the train driver’s POV. You liked it, so we thought we’d be friendly and show you loads more tiny trains with Raspberry Pi in the driving seat.

Ride a model railway from the driver’s POV

In case you missed it, Adam Honse built his model railway with his dad back in the early 2000s and updated it this year with a Raspberry Pi camera module driven by a Raspberry Pi Zero 2 W.

It’s oddly soothing to watch, and we love that Raspberry Pi breathed new life into a long-forgotten hobby.

Sticking with the retrofitting theme, we were charmed by this old Lionel model train system which was upgraded to let you control it over the web using Raspberry Pi. It’s accessible anywhere and works great on PC, Mac, and mobile phone.

Lionel trains are very fancy, and apparently the gold standard among model railway enthusiasts. They fetch a fair bit at auction too if you’ve any lying around in the attic.

When we released Raspberry Pi Pico, our first ever microcontroller, back in January 2021, the following months saw a steady trickle of users building things with it for the first time (we love this part).

This was the first miniature train we saw being powered by our first microcontroller. Pico here manages the track voltage to control the speed of the train using pulse-width modulation. And maker KushagraK7 even created a handy illustrated step-by-step tutorial so you can build your own.

Stewart Watkiss has made loads of train-based things, but this one stands out size-wise. It’s chugging around the garden and is big enough to be ridden by a small kitten. Even so, you should not encourage small kittens onto it, apparently. It basically runs off a Raspberry Pi and a motor controller but Stewart has provided plenty more technical electrical details.

We liked that Peter shared detailed instructions on how to code this yourself in Python. But then he also figured out how to automate his railway in Scratch using an Arduino Uno. All platforms covered. That was a joke. About train platforms.

Ride a model railway from the train driver's POV 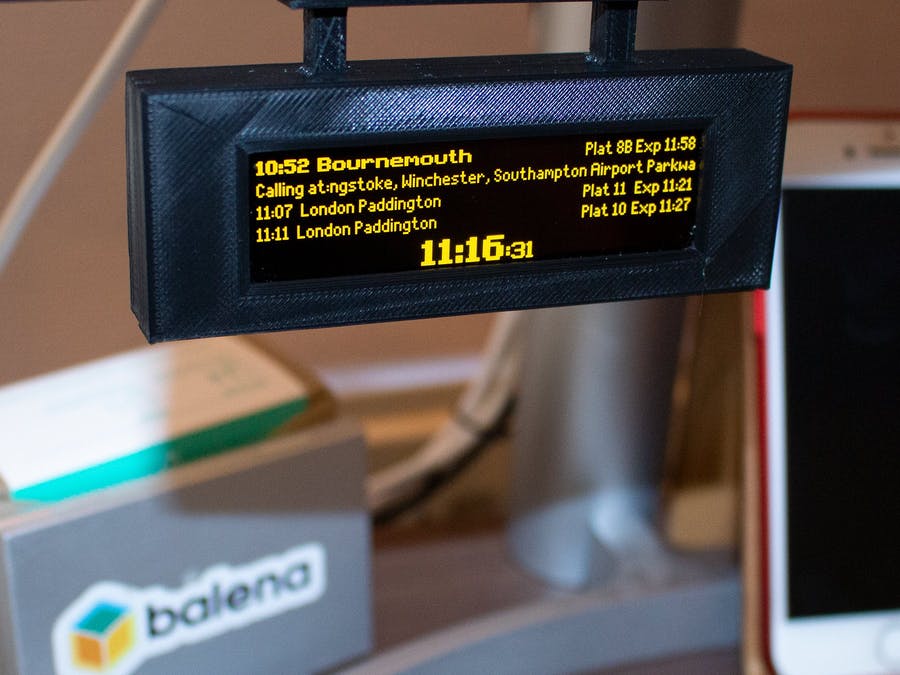 Our school has something like KushagraK7’s setup for use in Physical Computing lessons, starting with a small oval of N gauge track, PSU and engine donated by our local N-gauge club. The voltage is controlled by a Pi3 and motor control board. We have added an IR break sensor. The students code a train control system using Python. We plan to add signals and a departure board soon.