I’d say I am a passable guitarist. Ever since I learnt about the existence of the Raspberry Pi in 2012, I’ve wondered how I could use one as a guitar effects unit. Unfortunately, I’m also quite lazy and have therefore done precisely nothing to make one. Now, though, I no longer have to beat myself up about this. Thanks to the pisound board from Blokas, musicians can connect all manner of audio gear to their Raspberry Pi, bringing their projects to a whole new level. Essentially, it transforms your Pi into a complete audio workstation! What musician wouldn’t want a piece of that?

pisound: a soundcard HAT for the Raspberry Pi 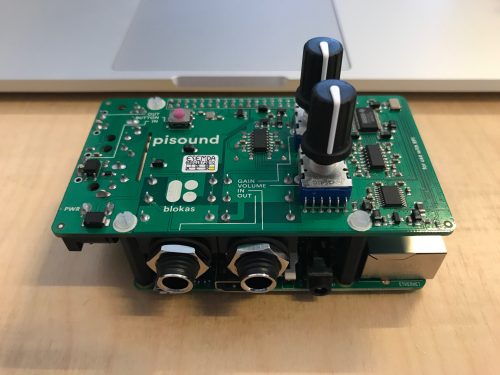 The pisound in situ: do those dials go all the way to eleven?

pisound is a HAT for the Raspberry Pi 3 which acts as a souped-up sound card. It allows you to send and receive audio signals from its jacks, and send MIDI input/output signals to compatible devices. It features two 6mm in/out jacks, two standard DIN-5 MIDI in/out sockets, potentiometers for volume and gain, and ‘The Button’ (with emphatic capitals) for activating audio manipulation patches. Following an incredibly successful Indiegogo campaign, the pisound team is preparing the board for sale later in the year.

Setting the board up was simple, thanks to the excellent documentation on the pisound site. First, I mounted the board on my Raspberry Pi’s GPIO pins and secured it with the supplied screws. Next, I ran one script in a terminal window on a fresh installation of Raspbian, which downloaded, installed, and set up all the software I needed to get going. All I had to do after that was connect my instruments and get to work creating patches for Pure Data, a popular visual programming interface for manipulating media streams. 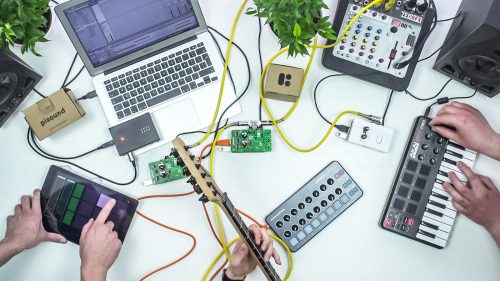 During my testing, I created some simple fuzz, delay, and tremolo guitar effects. The possibilities, though, are as broad as your imagination. I’ve come up with some ideas to inspire you:

Now I have had a taste of what this incredible little board can do, I’m very excited to see what new things it will enable me to do as a performer. It’s compact and practical, too: as the entire thing is about the size of a standard guitar pedal, I could embed it into one of my guitars if I wanted to. Alternatively, I could get creative and design a custom enclosure for it.

Community favourite Sonic Pi will also support the board very soon, as Sam Aaron and Ben Smith ably demonstrated at our fifth birthday party celebrations. This means you don’t even need to be able to play an instrument to make something awesome with this clever little HAT.

I’m incredibly impressed with the hardware and the support on the pisound website. It’s going to be my go-to HAT for advanced audio projects, and, when it finally launches later this year, I’ll have all the motivation I need to create the guitar effects unit I’ve always wanted.

Find out more about pisound over at the Blokas website, and take a deeper look at the tech specs and other information over at the pisound documentation site.

Disclaimer: I am personally a backer of the Indiegogo campaign, and Blokas very kindly supplied a beta board for this review. 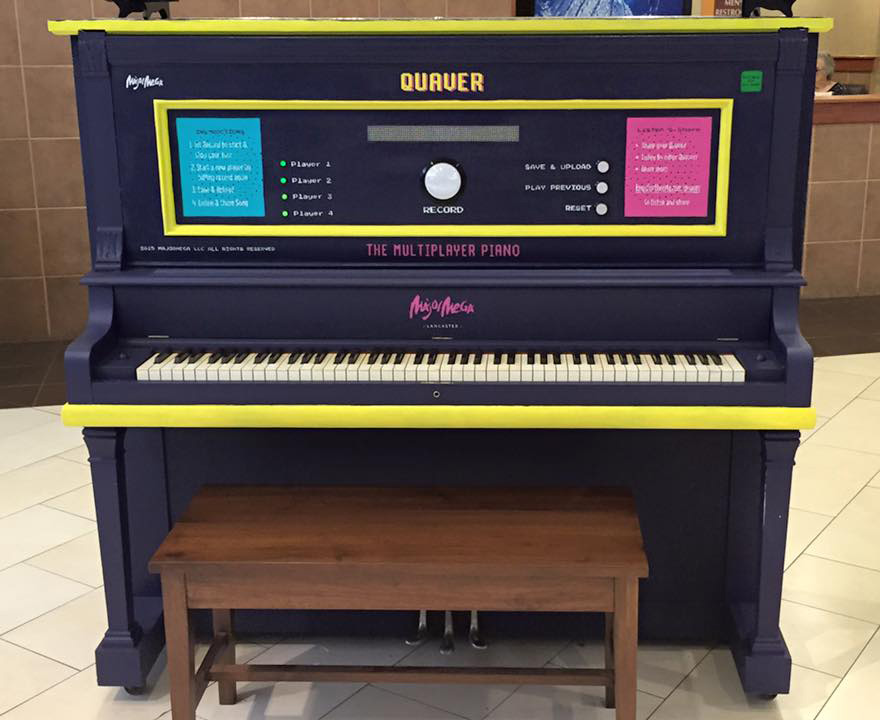 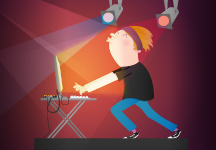 Getting Started with Sonic Pi 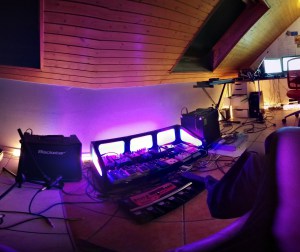 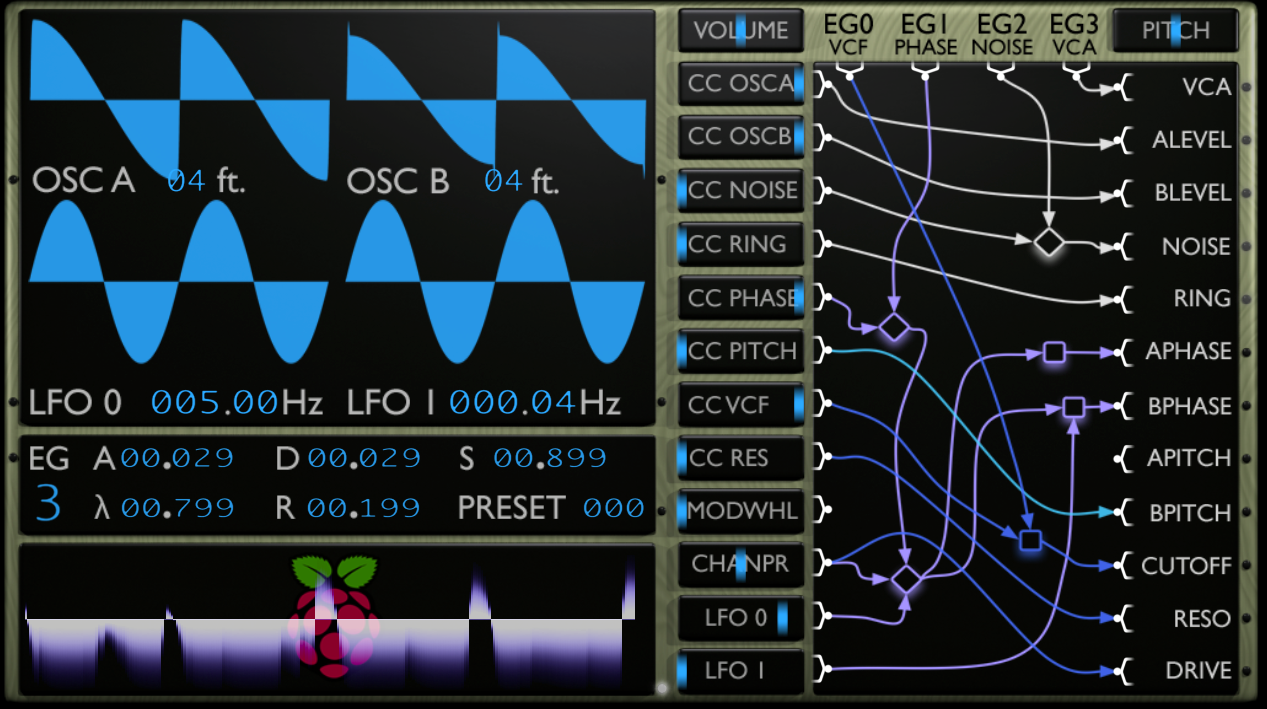 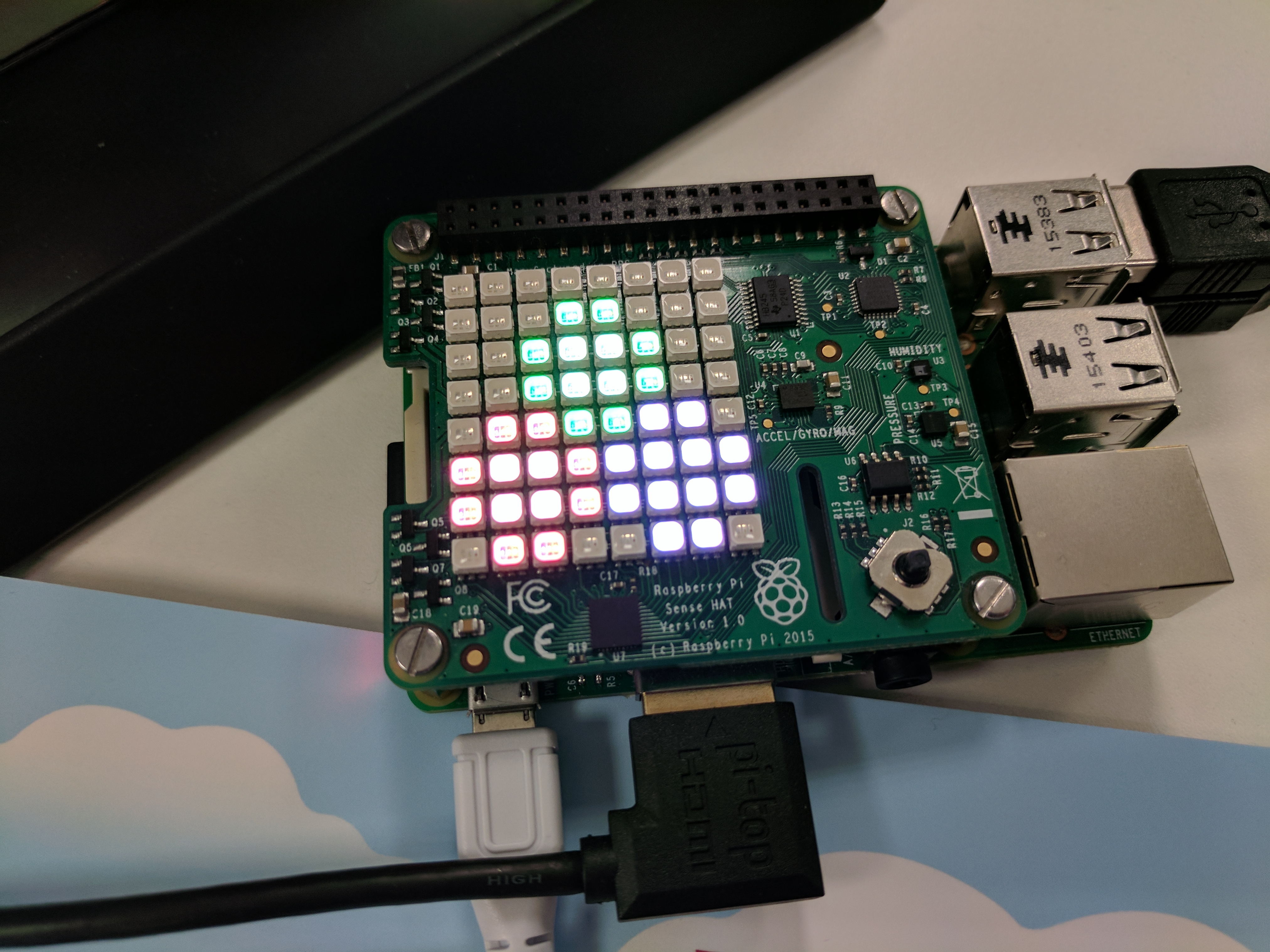 nice but incredibly expensive! Really wondering who is going to pay two times the price of Pi for an audio interface

I guess it depends on how it compares to the price of other similarly-featured products. No being a musician, I have no idea ;)

A quick Google shows that effect boards start around $300US. So to invest 1/3 of that is well worth it.

It’s not all about the price, isn’t it? I mean, this thing can do, no other commercially available product with these dimensions can. And it’s all open source! I grabbed one and look very much forward to toying around with it!

Also backed this project. Will be very useful for my own musicking endeavours. For one thing, the new version of Sonic Pi will support MIDI (and OSC) input and output. Been playing with the alpha version on macOS, through Sam Aaron’s Patreon campaign:
http://patreon.com/samaaron/
Makes for quite powerful a tool. For instance, been using it as a sound box and automatic harmonizer for my wind controller (“MIDI saxophone”).
As for Pure Data, pisound will provide a great way to learn it. You’ll be able to load patches directly from a USB key and the button will make it easy to interact with Pd. Recently discovered Automatonism, which makes it easy to play with Pd as though it were a modular synthesizer. It’ll be great to have a high quality sound card to build up fun patches.
They’re also building mobile apps to interact with pisound which will really enhance the experience of working with a headless Pi.

As for the price, a full setup including the Raspberry Pi and associated goodies is still much cheaper than the Critter & Guitari Organelle. The Axoloti microcontroller is even cheaper (and it doesn’t require an extra board), but it uses its own programming environment, which can’t really be used elsewhere.
Of course, there are other audio HATs for the Pi which vary greatly in price.
Haven’t found one which integrates all the feature that pisound has (MIDI I/O, enhanced software support, volume knobs, dedicated hardware button…). As always, it’s possible to source all the components and build your own, which can be a lot of fun. But it’s also time consuming if you want to focus on really using the device.

So, yes, the 89$ pisound is a bit of an expense. For someone like me who wants to get deeper into Digital Musicking through Sonic Pi and Pure Data, it’s just very easy to justify as an investment.

Really interested in getting one of these as there seems to be hardly any audio interfaces for pi capable of doing audio input. Out of interest – can the Pisound provide phantom power to mics?