Issue 20, February 2014, of the excellent MagPi Magazine was released this week. I’m completely stealing the editorial by Matt from The MagPi team to introduce this issue (as you may have guessed, Liz is away. And I am not as good as Liz at this. There, I said it :))  Anyway, read The MagPi! It’s jam packed with brilliant stuff as ever:
—

After a massive response, we are pleased to write that the article series ‘Bake your own Pi filling’ is back by popular demand! In this article Martin Kalitis throws down the gauntlet by instructing how to create a bootable Linux SD card which can load within 10 seconds. We have more from the Caribbean with Project Curacao. This project has been so popular with our readers that John Shovic is extending it further, in a future issue, with a conclusion presenting the project’s results. In this issue John reviews the building and installation of the camera and shutter mount into the project, allowing the production of timed photos, before updating us on changes made to the project from past articles.

Deepak Patil introduces his project for panoramic photography using Pi-Pan, a robotic arm controlled by his Raspberry Pi to move his Pi Camera. Deepak looks at some of the code used to control this clever kit and discusses how to take pictures while out in your car.

We have more from Andy Baker’s Quadcopter series with this issue reviewing his pre-flight checks. His article looks at controlling the movement of the Quadcopter and provides some handy questions and answers for those of you who have been building this project.

We have a great article detailing John Hobson’s and Efrain Olivares’ journey into managing the frustrating problem of internet dropout. We then head over to France where Yann Caron presents his development environment and language ‘Algoid’, before the NanoXion chaps present their Raspberry Pi colocation service.
—

Clive again: just to add that The MagPi is a magazine produced by the Raspberry Pi community for the Raspberry Pi community. It will always be free to download; but if you prefer a physical magazine you can also buy print copies, thanks to the team’s successful Kickstarter. All the back issues are available for you to download, and they’re full of tutorials, interviews, type-in listings and everything you’ll need to get started with a Raspberry Pi.

Q&A with Gordon Hollingworth our Director of Software 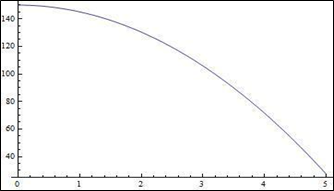 Modeling Physics with the Wolfram Language

Thank you MAGPI writers and editors!
I am so delighted whenever this comes out :)
Thank you again!

Thank you!
Without the support of the readers there would be little point.

Hats off to the team and authors who have worked amazingly hard this month.

There is one piece of errata that was helpfully picked up by a reader:

The command to use the rpi_config for building a raspberry pi image is incorrect on page 40.

—
This will go into the updated PDF before printing.

The make command fails if g++ is not installed, therefore it is a good idea to use the following command before attempting make

Thanks Bredman. We will fix that fr the printed version.

WOOT!
It’s out again!
My nipples explode with delight! (Or am I thinking of another kind of Pi-thon??

As we produce each issue of The MagPi we receive fantastic feedback on how people are using the magazine and the Raspberry Pi. But, I’ve got to admit, no-one has ever mentioned exploding anatomy before!