When the creator of the digital signage software info-beamer, Florian Wesch, shared this project on Reddit, I don’t think he was prepared for the excited reaction of the community. Florian’s post, which by now has thousands of upvotes, showcased the power of info-beamer. Not only can the software display a video via multiple Raspberry Pis, it also automatically rejigs the output to match the size and angle of the Pis’ monitors.

I know, right? We’ve seen many video-based Raspberry Pi projects, but this is definitely one of the most impressive ones. While those of us with a creative streak were imagining cool visual arts installations using monitors and old televisions of various sizes, the more technically-minded puzzled over how Florian pulled this off.

It’s obvious that info-beamer has manifold potential uses. But we had absolutely zero understanding of how it works!

How does info-beamer do this?

Lucky for us, Florian returned to Reddit a few days later with a how-to video, explaining in layman’s terms how you too can get a video to play on a multi-screen, multi-Pi setup.

First you’ll need to set up info-beamer, which will allow you to introduce multiple Raspberry Pis, and their attached monitors, into a joint network. To make the software work, there’s some Python code you have to write yourself, but hands-on tutorials and example code exist to make this fairly easy, even if you have little experience in Python. 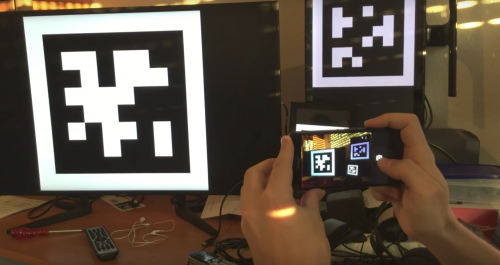 As you can see in Florian’s video, info-beamer assigns each monitor its own, unique section of video. Taking a photo of the monitors and uploading it to a site provides enough information for the software to play a movie trailer split across multiple screens. 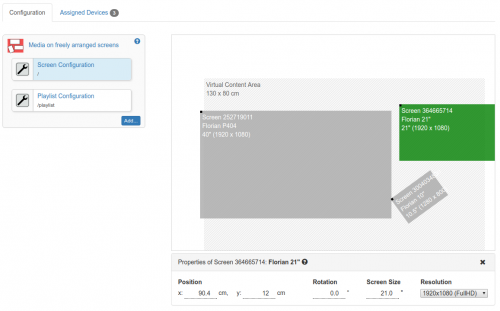 A step that’s missing in the video, but that Florian described on Reddit, is how to configure the screens via a drag-and-drop interface so that the software recognizes them. Once this is done, your video display is good to go.

Since it has an HDMI port, connecting your Raspberry Pi to any compatible monitor, including your television, is an easy task. And with a little tweaking and soldering you can even connect your Pi to that ageing SCART TV/Video combo you might have in the loft.

As I said earlier, there’s an abundance of Pi-powered video-based projects. Many digital art installations, and even commercial media devices, rely on the Raspberry Pi because of its low cost, small size, and high-quality multimedia capabilities.

Have you used a Raspberry Pi in a video-playback project? Share it with us below – we’d love to see it! 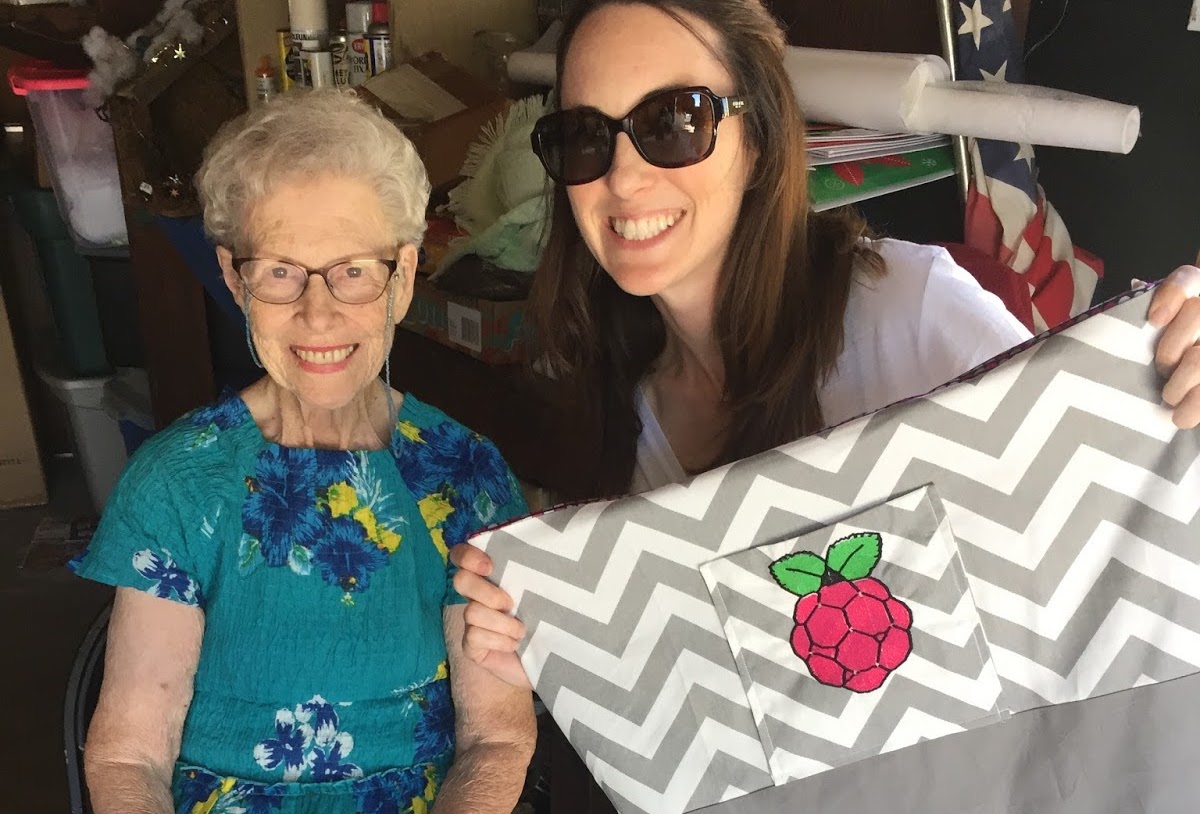 Well… the last part of the puzzle to make an actual art installation of Giffany’s tv wall off gravity falls is solved!

Got enough pi’s to do it and a ‘somewhat’ good array of screens, including a plasma and tiny b/w tvs…
May need more screens and pi’s (and cards) tho to be close to show accurate.

For the ones that dont know, this is my intention :D
https://goo.gl/images/syQYAz

@tzj, that would be awesome. If you need help setting the info-beamer hosted software up, let me know. I’d be happy to help! The maximum number of screens I’ve added to a wall so far is four. The more the better!

@florian, thanks, no doubt i’d need some assistance at some point, especially with detecting non-VGA CRTs.

Is it video only or could it be used to make a more interactive display, for example a ‘sprite’ follows you across the array of screens?

Right now it’s only videos and images. You could also show interactive content but in that case you’ll have to program it so that it’s in sync across all devices. What you basically get on each device is a transformed “canvas” (that stretches across all devices) as well as the correct wall clock time. Right now I draw videos/images with that. If you want a sprite at some x/y coordinates on that canvas you’ll have to make sure that all Pis have the same coordinate. info-beamer can receive data through UDP/TCP, so it would be possible with a bit of additional work.

Hi, i have a Video wall with 30 19″ TFTs in my partyroom. I’m very interested using this Software. Until now ist use piwall but I’m not completely happy with the performance. Here you can see a test: https://youtu.be/QmhXtlQ8MGg

What is the problem you have with yoru current setup?

Now I just need about 10 more monitors, although people throw out CRT ones all the time so that shouldn’t be a problem…

I wonder if this works well with projectors, as well. This might be useful to calibrate multiple projectors on the side of a building or something. Can it handle overlapping screens / projected images?

Now, if the calibration could be continuous during video playback to account for moving screens (use accelerometers on the back of the screen?), or the movement of projectors (same?), we can open up new possibilities, such as a swarm of drones carrying screens or projectors…

I’m pretty sure the Apriltags detection library can’t handle overlapping tags. So it wont work with the current way the system is configured. Of course one might adapt that so it configured the screens in non-overlapping sets of screens. That way overlap should be doable.

Except you’d probably also need to adjust the brightness for overlapping areas. Right now each Pi doesn’t know anything about the other screens, so they have no way to calculate this. Also the screens don’t know how “wide” they are. All they know is their height, since the tags during configuration cover the complete height of a screens. So they screen A that overlaps screen B doesn’t know how much overlap is there. So you would have to include the resolution into the calculation as well. That’s going to be complicated :-)

This is practically a form of Projection Mapping!!!
http://projection-mapping.org/whatis/
Doing this with projectors would be AWESOME!!!

Hi, any idea if this can be used with a Tv over wifi to other tv’s in a house single or multiple channels, and if it can be used to stream to a IP address abroad