We had some pretty fantastic news yesterday. Eric Schmidt, the chairman of Google, visited London’s Science Museum to give a talk on Why Science Matters, as part of the Alan Turing 100th birthday events which are taking place around the country this year. And he made an announcement which has had us jumping around the office with glee.

As part of Google’s very non-evil drive to improve science, technology, engineering and maths (STEM) provision in schools, the company will be sponsoring the charity Teach First to take on more than a hundred “exceptional” graduates for training and subsequent mentoring. These new teachers will also be given bursaries by Google with which to buy classroom equipment. Schmidt used his speech to mention Raspberry Pi as relevant, cost-appropriate classroom hardware for the scheme.

“The success of the BBC Micro in the 1980s shows what’s possible. There’s no reason why Raspberry Pi shouldn’t have the same impact, with the right support,” he said. “It’s vital to expose kids to this early if they’re to have the chance of a career in computing. Only 2% of Google engineers say they weren’t exposed to computer science at high school. While not every child is going to become a programmer, those with aptitude shouldn’t be denied the chance.”

Obviously, we’re chuffed to bits. Teach First estimates that 20,000 children in deprived areas will be reached by this scheme, and we’re really excited to see how the project develops. Read more about the speech here, here and here. 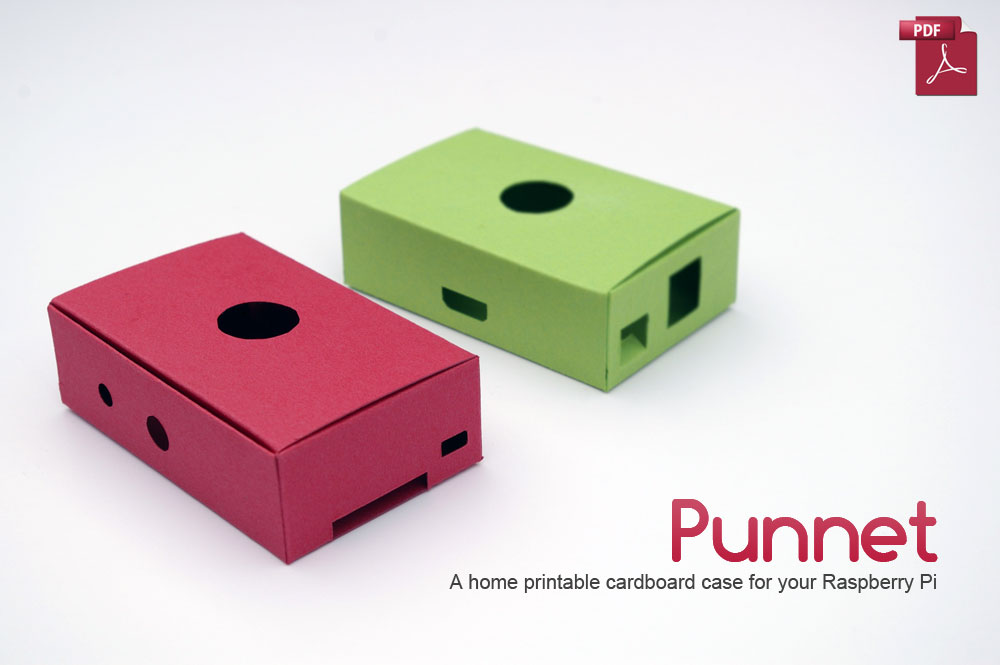 The Punnet - a card case for you to print (for free)

Oh boy, just imagine all those schools out there ordering Raspis! I mean you have to wait for month already to get just ONE unit. But what happens when lots of schools start ordering 20+ at once? O_o

I still can’t wait to get mine. :) Today Farnell told me, mine should arrive either july or august and I’ve ordered at the end of April.

We understand that there’s some news to come very soon about bulk orders – watch this space.

Blimey, even Google have found you. (Touch of irony there.)

I bet Ubuntu are kicking themselves now…

lol! im sure. i bet they will eventually start supporting raspberry pi with a special version of ubuntu or edubuntu. it would be foolish not to.

My school (left high school in 2000) just stopped using the BBC while I was there and started to use Windows PC’s and to be honest it was dire! I left school with basic, word, excel and not much else. Poorer families could not pick up the slack that schools made because they lacked the drive and/or equipment that would teach and inspire. My family could not afford a PC and I had to get a weekend job to save myself.

So if back in 2000 I fell into this crack google and raspberry pi are trying to fill in now. I dread to think how many other people missed out…

I thank you guys for giving this project life… Giving my children a better chance than I did.

Oh boy. I’m waiting for my 1 piece of Raspberry Pi for almost 3 months now. It’s hard to imagine how many years public schools will have to wait for thousands of them!

That should read…
Science, Technology, Engineering and Maths (STEM)
:)

So it should. That poison sandwich means I haven’t eaten in more than 24 hours – blame low blood sugar! I’ll go and fix it.

That is a great reference! I only hope when the supply chain finally falls into place that companies such as google will buy not only the Pi hardware but help spawn educational practices to use the Pi, and then donate to target schools.

To Google: Why not use the two Kansas Cities you are using for your broadband project? You could save money by hosting broadband video conference calls to the schools to teach computer science using the Pi.

Yeah, I bitch and moan about not having a Pi in my hands right now, but I’d rather see children using them as part of their education now. For reference, my very first computer at school was the TRS-80 in ninth grade. (1979! yikes!) From that point on, I knew I would always be working with computers in some fashion.

Teach first is a slightly odd organisation, who believe that academically successful graduates can be parachuted in to “difficult” schools with barely any training and will immediately raise standards. Perhaps it sounds nice in principle, but of the few people I’ve spoken to who have gone through the experience not one of them enjoyed the experience!

My parents and girlfriend are all teachers, so I have a slightly biased opinion but I find the Teach First attitude demeans the teaching profession in general. Being a successful teacher requires far more than subject knowledge.

Still I’m excited at the prospects for RasPis in schools, or scout groups such as the one you featured a couple of weeks ago, where both the kids and staff are enthusiastic.

There’s a danger in the cosy belief that believe throwing devices into schools will solve computing education, in the same way that Teach First believe throwing capable graduates into school will raise standards. In both cases it’s the surrounding support networks and quality of training and mentoring that are really the keys to success.

As someone with first hand experience of being ‘guided’ into teaching ICT because I had considerable computing experience I can confirm how demoralising and frustrating it can be for a specialist.

Computing skills can actually be a hindrance at times and ICT is viewed in many cases as a filler subject requiring no specialist knowledge.

I found it an uphill struggle to get even the slightest interest in computing as an alternative (Not enough guaranteed results – might affect the 5 A*-C stats!)

Anything that promotes the take up of computing has to be a good thing. If nothing else it will help to attract and retain teachers with specialist computing knowledge.

The publicity surrounding the Pi is as important as the device itself in promoting computing and the team have done a great job in raising the profile of computing as a legitimate area of study.

This is great news for Raspberry Pi and for the kids involved.
Before we praise Google though, just think what could be done if they actually paid tax in the UK, rather than just throwing a few quid at a couple of charities.

Aren’t they an american company? Why would they be paying taxes to another country?

I’m in two minds about TF (in this context at least). Firstly, their mission is “to address educational disadvantage”, which is hugely important but obviously doesn’t directly target the national STEM/C problem specifically.

We’ve also seen in the past that fast-tracking bright young things has not been an effective way to make excellent teachers. For one thing such training tends to be a fast track to management, not teaching, and we really, really don’t need any more managers who aren’t already outstanding teachers with solid industry experience.

It will be interesting to see how many TF teachers stay in the job long term and what direct effect they have on teaching and learning (of STEM/C in particular) compared to traditional routes into teaching (oops, I forgot – this is education, there are no such measures or indicators ;))

Clive,
I echo a lot of your concerns about the TF fast-track program. I went through the NYC Teaching Fellows and it was brutal. You take the least prepared teachers and put them in the schools with the highest needs. It is, in the end, perpetuating the issue of high needs schools because it takes an experienced educator to effectively and creatively engage at-risk learners. Additionally, in my experience fast-tracked teachers are often put in schools where students have special learning needs (ADHD, reading delays, etc.) that requires an understanding of special education, not just teaching training.

I’ve recently had to leave working in IT due to disability after 18 years as a Unix/Linux Sysadmin & Programmer. I started out on a ZX Spectrum, Commodore 64, Amstrad CPC & BBC and I would love to get involved in educating kids. It would be such a shame for my experience to be lost to history.