After getting in contact with us to share their latest build with us, we invited Matvey Fridman of Germany-based production company Spiegelbilder Studio to write a guest blog post about their CRT video walls created for the band STRANDKØNZERT.

About a year ago, we had the idea of building a huge video wall out of old TVs to use in a music video. It took some time, but half a year later we found ourselves in a studio actually building this thing using 30 connected computers, 24 of which were Raspberry Pis. 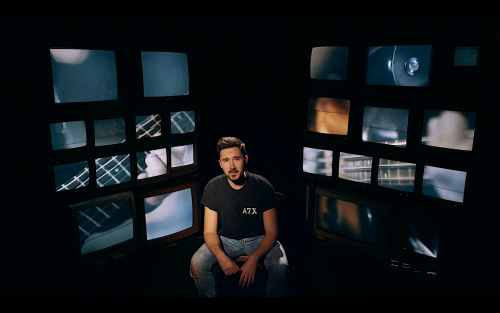 How we did it

After weeks and months of preproduction and testing, we decided on two consecutive days to build the wall, create the underlying IP network, run a few tests, and then film the artists’ performance in front of it. We actually had 32 Pis (a mixed bag of first, second, and third generation models) and even more TVs ready to go, since we didn’t know what the final build would actually look like. We ended up using 29 separate screens of various sizes hooked up to 24 separate Pis — the remaining five TVs got a daisy-chained video signal out of other monitors for a cool effect. Each Pi had to run a free software called PiWall. 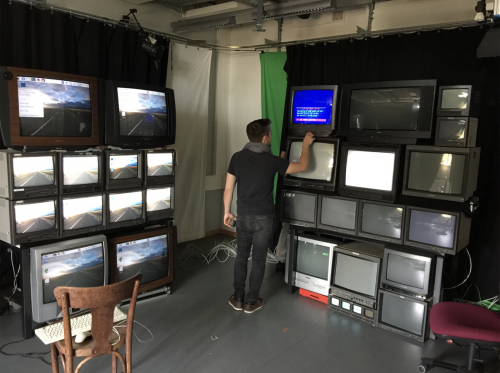 Since the TVs only had analogue video inputs, we had to get special composite breakout cables and then adapt the RCA connectors to either SCART, S-Video, or BNC. 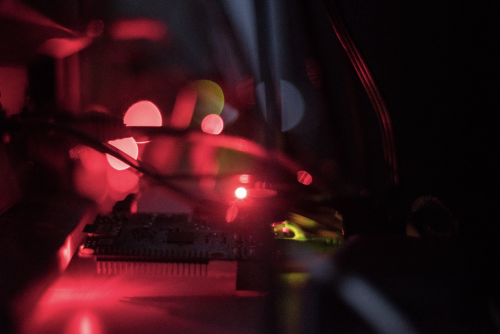 As soon as we had all of that running, we connected every Pi to a 48-port network switch that we’d hooked up to a Windows PC acting as a DHCP server to automatically assign IP addresses and handle the multicast addressing. To make remote control of the Raspberry Pis easier, a separate master Linux PC and two MacBook laptops, each with SSH enabled and a Samba server running, joined the network as well. 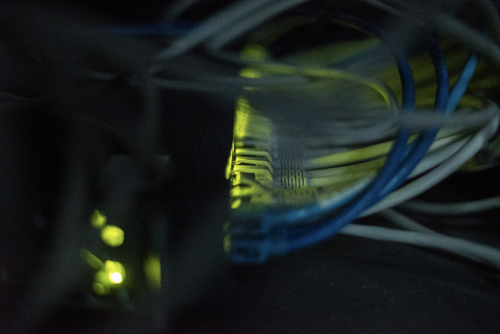 The MacBook laptops were used to drop two files containing the settings on each Pi. The .pitile file was unique to every Pi and contained their respective IDs. The .piwall file contained the same info for all Pis: the measurements and positions of every single screen to help the software split up the video signal coming in through the network. After every Pi got the command to start the PiWall software, which specifies the UDP multicast address and settings to be used to receive the video stream, the master Linux PC was tasked with streaming the video file to these UDP addresses. Now every TV was showing its section of the video, and we could begin filming. 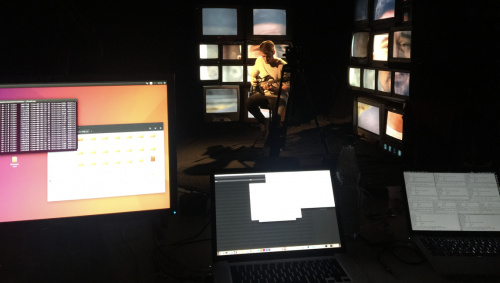 The whole process and the contents of the files and commands are summarised in the infographic below. A lot of trial and error was involved in the making of this project, but it all worked out well in the end. We hope you enjoy the craft behind the music video even though the music is not for everybody ;) 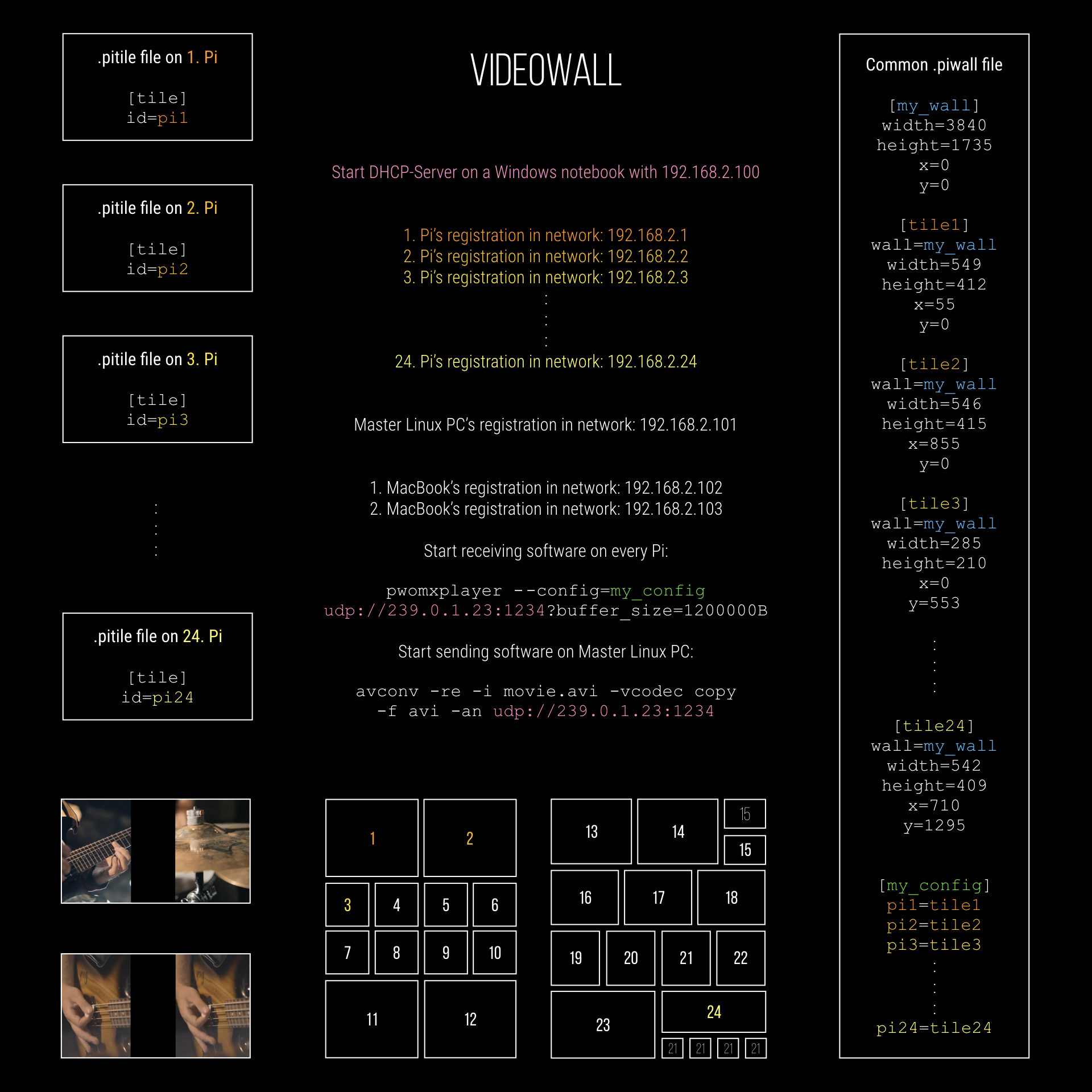 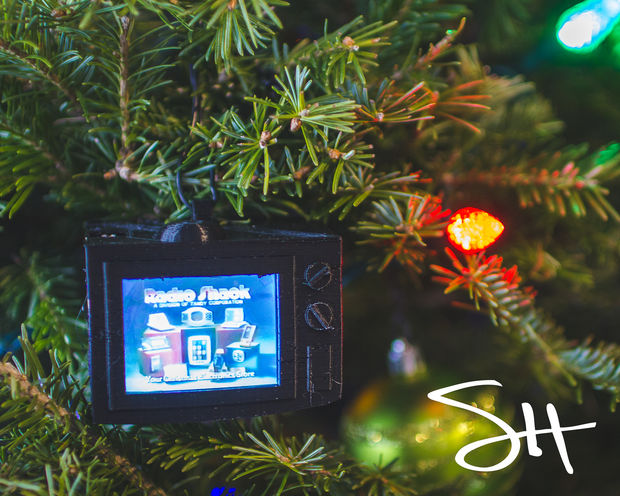 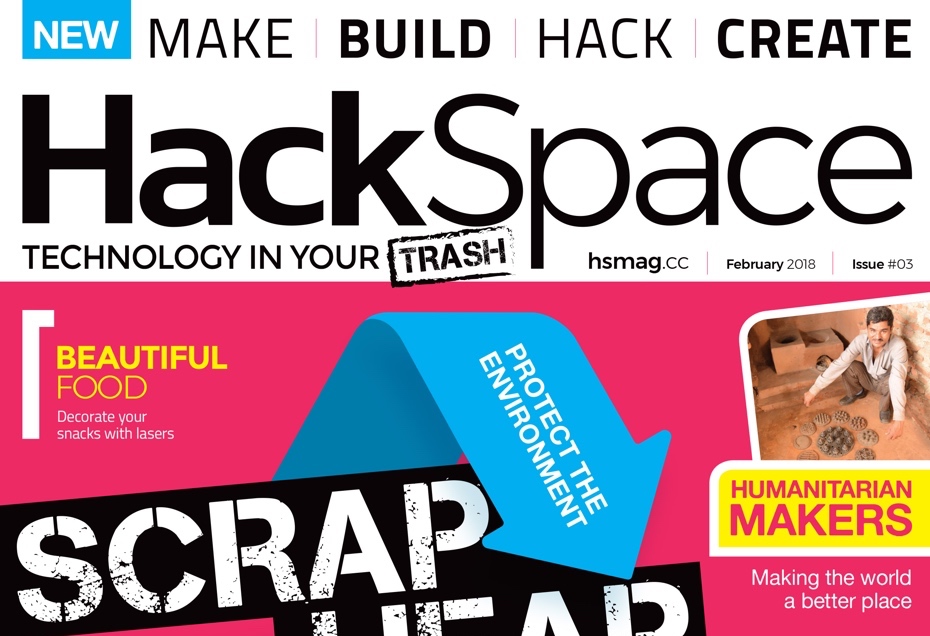 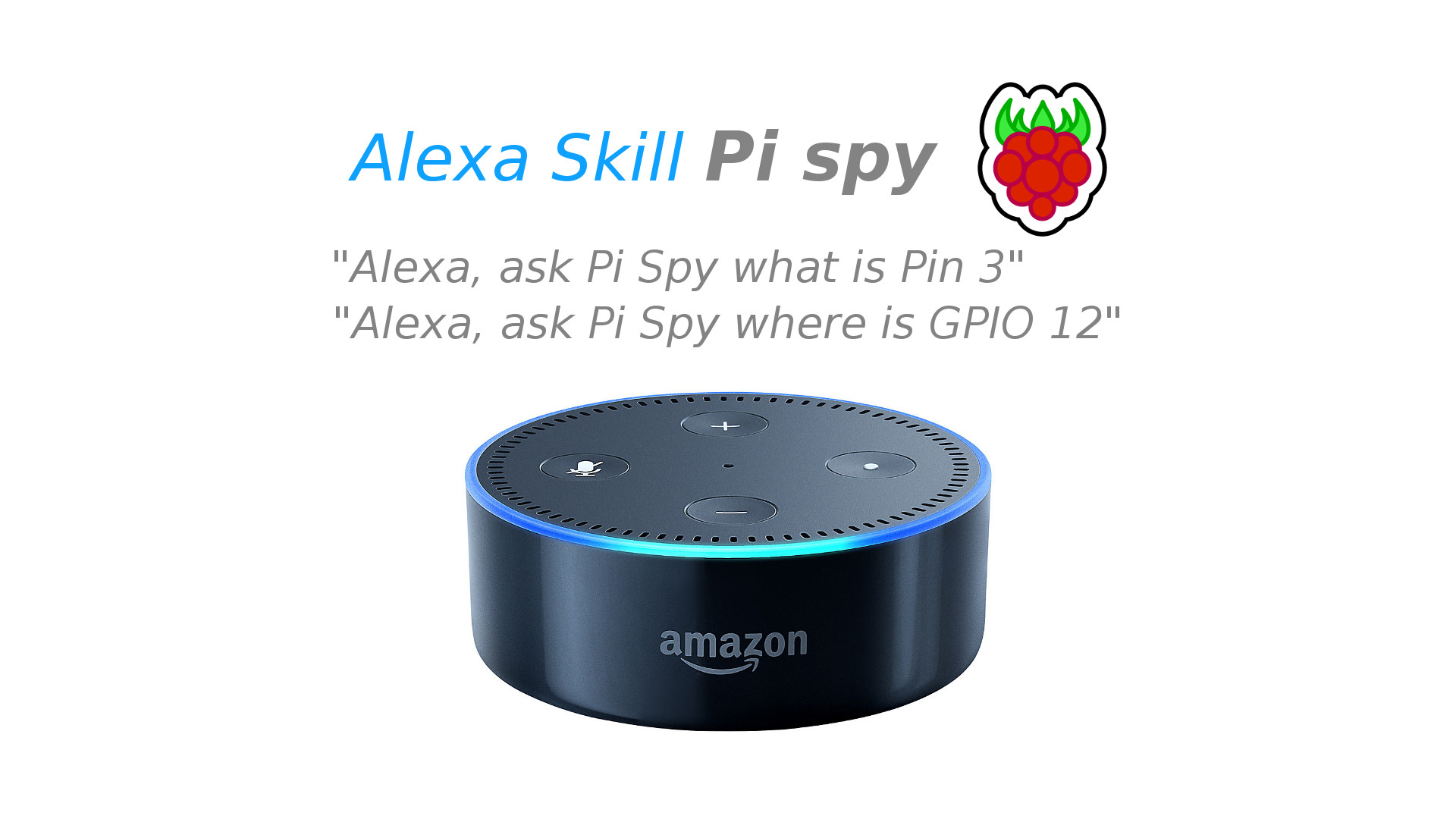 Why Windows as DHCP, instead of another Raspberry Pi?

My thoughts exactly. Excellent use of Pi’s though.

That one was a spare, no particular reason for this

And there’s also this earlier project (by somebody else) https://www.raspberrypi.org/blog/video-wall/

What was the breakout cable you used?

a standard 3,5″ 4pin to rca breakout cable allows you to go analog out of the more recent versions of the pies