In today’s new issue of HackSpace magazine, Ben Everard talks us through the decorative design of some super seasonal PCBs.

This year I decided to spend some time playing with artistic PCB design to create decorations. Rather than choosing components for their electrical characteristics, I chose them for their aesthetic value. I basically threw good engineering out the window and laid out my PCBs to make them look decorative.

This Christmas tree PCB project started because I was looking at the different effects you get with different types of LED, and was wondering about combining them. In this case, diffuse 5mm dome LEDs and small (0805) surface-mount LEDs.

One thing led to another, and I decided to make some Christmas trees with a Raspberry Pi Pico as the trunk and the components artfully arranged. As well as the LEDs, I needed a few additional components. There are some capacitors to smooth the power supply, resistors to limit the current to the LEDs, and a couple of transistors to allow me to control multiple LEDs from a single GPIO pin. These days there are lots of choices for the form-factor of components, but really it came down to one thing: did I want to hide the components away by choosing the smallest surface-mount components I could, or did I want to celebrate them by going with larger, through-hole components and placing them decoratively?

The former option would make the LEDs stand out more, but the latter would really let us celebrate the electronics components that we know and love. I went with a sort of hybrid approach in the end. I used through-hole resistors and transistors, but surface-mount capacitors. I attempted to place the resistors to look like tinsel. The effect is helped a little by the fact that I found some boxes of new old-stock resistors in a “use me” pile in Bristol Hackspace. These older resistors are large and shiny, and look a bit more interesting than the usual ones I get.

This PCB proved a bit tricky to get working. Mostly due to me being a bit of a fool. I designed all the PCBs in EasyEDA, which lets you search other people’s footprints. I found one for APA106 LEDs (the through-hole NeoPixels) and used them without checking fully that they were correct. They were not. They had power and ground flipped.

I had to redesign the PCB and took the chance to make a few other changes, including allowing more space for the Raspberry Pi Pico. After soldering these new PCBs, I realised that I had somehow managed to make the same mistake again. To this day I don’t know how I managed to make this mistake twice.

Just the way I wanted it

I fixed it all on the third revision of the PCB and now have four fully working Christmas tree PCBs. They’ve turned out exactly as I wanted them to. Whether or not you like them will probably very much depend on how you feel about PCBs and older-style components like dome LEDs and through-hole resistors. Personally, I really like them, but they might be something of a niche taste.

The header at the top includes two GPIO outputs to allow me to connect these up to other hardware. I’ve used this to control an additional string of WS2811 LEDs, and have strung the Christmas trees onto this.

Christmas obviously comes around every year, and like most households, we’re gradually building up a stock of decorations. I’ve designed these PCBs to be expandable. There’s a space GPIO broken out on each PCB, so it can control more LEDs or other hardware. Where I’ll go with this next year, I’m not quite sure, but I’ve had great fun getting this far, so I’m sure there’ll be something.

These PCBs are inspired by the PCB conference badge movement. There’s a long-running practice of using decorative or interesting PCBs as badges for electronics conferences – particularly DEF CON, but also others. If you search for the hashtag #BadgeLife online, you’ll see a lot of examples. The documentary called BadgeLife by Sophi Kravitz is well worth a watch.

This month and every month, HackSpace magazine brings you the best projects, tips, tricks and tutorials. In this issue, you can find out about the other two Christmas PCBs I made, learn about about how makers are using Machine Learning, get started with vinyl cutting, and much more. You can get HackSpace from the Raspberry Pi Press online store or your local newsagents. 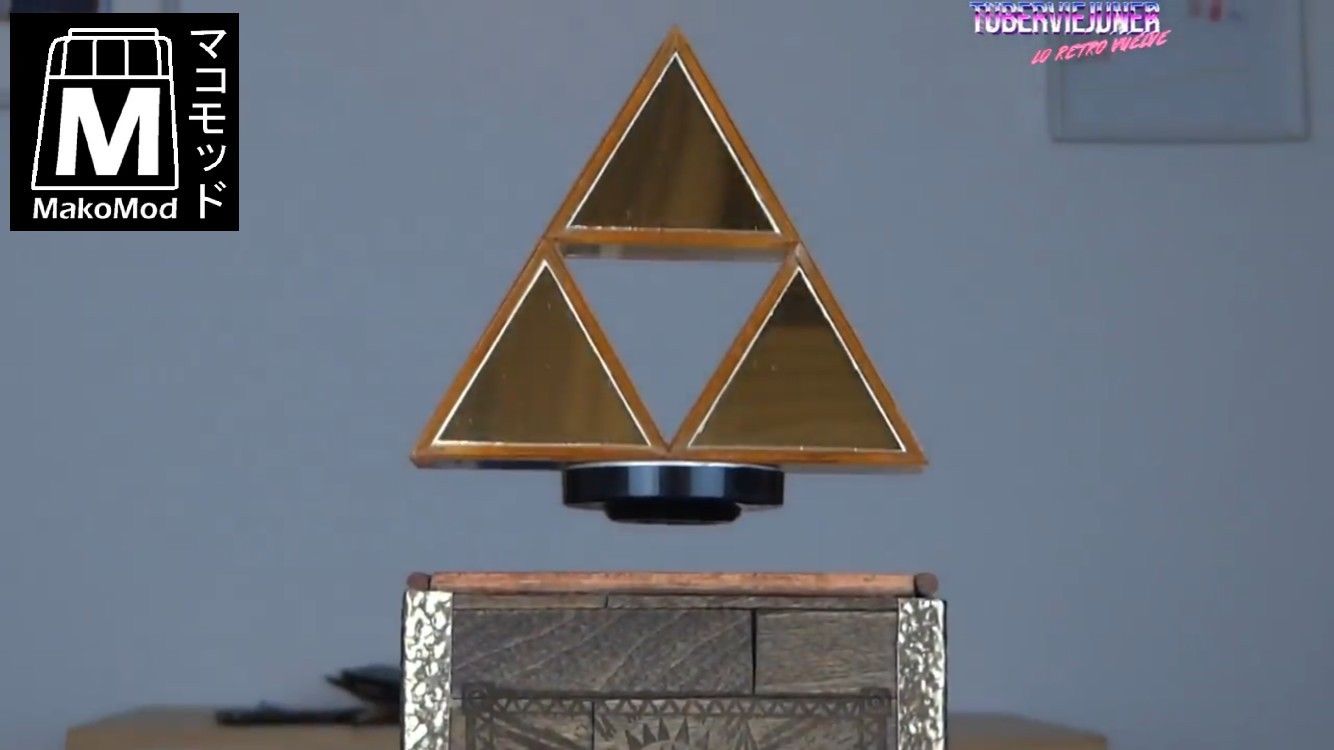