Dave “Davespice” Honess, one of our indefatigable forum mods (a crack team of men and women with darting eyes who never sleep, spending their downtime making sure our forums are a welcoming place for new users, and a really crappy place for people who want to spam or start flamewars), has been working on porting games to the Pi and bringing the community’s attention to games that others have ported. His most recent addition to the Pi Store is Cave Story, a side-scrolling freeware platformer with a distinctly retro look and feel. I’d been chatting to Dave about why he’d chosen Cave Story to work on, and what he said was really worth sharing, so I asked him if he’d mind writing a few words for the blog about it. He said:

In my view Cave Story is one of those games that genuinely deserves to be played by everyone. Two main reasons. One is that it is, truly, a brilliant game and two is the amount of work that went into it. Daisuke Amaya (aka Pixel) made the entire game by himself. All the graphics, all the programming, he composed all the music, wrote the story and the dialogue for all the characters. The game is intentionally retro in honour of the games he played during his youth. You can easily see the influences of games like Metroid, Wonder Boy and Castlevania in there.

If you’ve never heard of this game before, you should play it. Don’t argue. Just trust me. It has some amazingly fun boss fights! The retro chiptune soundtrack is just wonderful. Personally I love how you can level up the weapons, they’re very satisfying when maxed out!

There is actually a third reason. If you’ve ever wanted to make computer games yourself then Cave Story shows what can be achieved by a single person. In my view a platform game offers a much better opportunity to think about how the code is working as opposed to these photo-realistic 3D shooters that are popular now. Everyone has to start somewhere and you won’t go far wrong if your first game is a platformer. So I hope some of you reading this will go and play Cave Story and draw some inspiration from it. Try to make a simple clone of it in Python using PyGame and you will learn a lot in the process. Amaya himself started by just writing the title screen and programming some basic character movements.

The game runs through a very light build of RetroArch that was especially compiled for Raspbian. It incorporates an improved version of Caitlin Shaw’s NXEngine as its core. The result is a smooth gaming experience with the Pi easily achieving 60 fps. We should all be grateful to Daisuke Amaya himself, Caitlin Shaw for NXEngine, Daniel De Matteis and Hans-Kristian Arntzen for RetroArch.

So there you are. Go and download it, and when you’ve spent a while playing, follow Dave’s advice and see how far you can get writing something of your own using PyGame, and tell us how you get on! 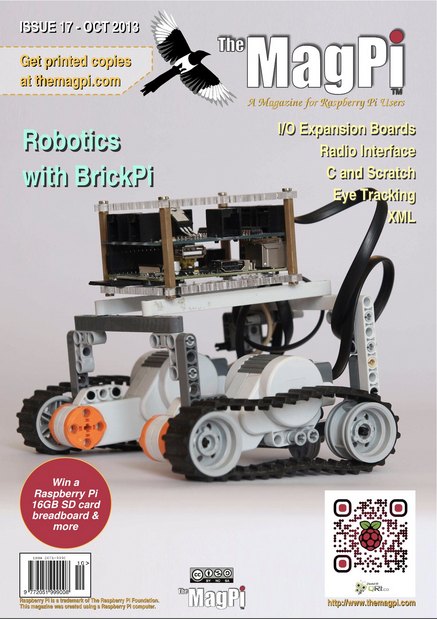 The MagPi issue 17, out now

Just to clarify the credit for the port doesn’t belong to me. It belongs to the RetroArch developers (Squarepusher / Themaister) and to Caitlin Shaw who originally made NXEngine. All that was done here was a cross compile of RetroArch for Raspbian as per the instructions here; http://www.raspberrypi.org/phpBB3/viewtopic.php?f=78&t=56070

Finally! My favourite game is running on the pi!
Thanks. :)

Those gun flowers look straight out of sonic 3…

Is this available anywhere other than the awful store? A direct download would be fantastic!

I’ve had it as part of the PiMAME installer for a while. You can download just Cave Story here: http://sheasilverman.com/rpi/raspbian/installer/cavestory.zip

If you download it through the store is sets up an alias which allows you to just type “cave” at the command line to launch the game.

I love this game! And I completely agree, everyone should play it. The boss in the second screen shot is probably the hardest one in the game (excluding Ballos) It took me like 3 hours to beat it!