YouTuber Arganalth has an interesting hobby: music production using disk drives. His channel contains a whole host of musical masterpieces conducted using an array of various disk drives, programmed to make the arms in the drives retract in very specific ways to generate the right sound. Until now he’s been using a PC which sends the data to an Arduino Uno.

For some time he’s wanted to use a Raspberry Pi to replace the need for the PC and power supply unit – and now he’s back with a new setup. He’s put together a musical octet of disk drives, and chosen the theme tune from the 1985 SciFi comedy classic Back To The Future for his opening Pi performance:

Arganalth has adapted the setup shown in Sammy1Am’s YouTube tutorial; he’s used a mixture of floppy drives and and hard disk drives, it’s battery-powered and the latest iteration of the ensemble is housed in a suitcase, so he can always carry the party with him wherever he goes! Some other songs performed, in the pre-Pi days include Daft Punk’s Get Lucky, the Portal song Still Alive and the Zelda theme. We look forward to more Pi powered musical treats.

This is a really nicely realised project: it just goes to show that if you put your mind to it, you can accomplish anything. The project also highlights how a Raspberry Pi can take the place of a desktop PC, providing as much flexibility but with the portability and low power of a microprocessor. 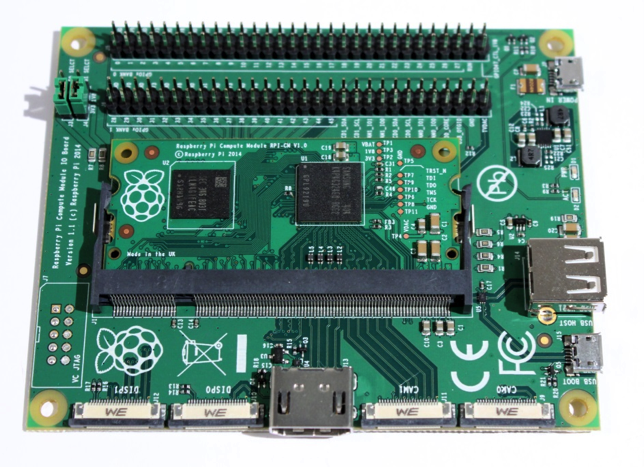 More Compute Module docs, and an interview with James 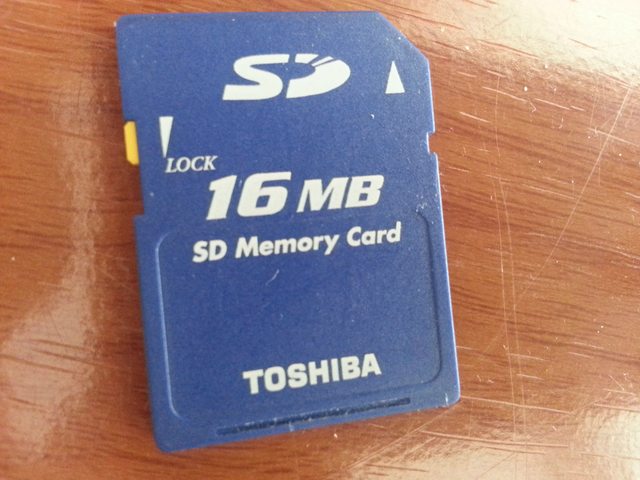 Boot from a 16MB SD card

“comedy classic” ? I thought it was a documentary! ;-)

Stepped to Perfection :)
love it

This is incredible :D

“it just goes to show that if you put your mind to it, you can accomplish anything.”

Isn’t this a quote from the film…Back To The Future?

This is great…. and after listening to it for a while on my tiny laptop speakers it starts to sound like the music from an old video game (from the so called 8-bit era).

The next terminator movie should have a soundtrack made this way.

So take a look at my FlopPi project: https://www.youtube.com/user/malyszcz/videos :)
I have to finish this project finally and release the code :)

I remember seeing these a while back may favourite has to be the bond theme.

there is something fascinating about making stepper motors sing.

though this has to be the most extreme
https://www.youtube.com/watch?v=C4OV2UofPFg :)

I always like Star Wars Imperial March, I just think that it is a perfect match
https://www.youtube.com/watch?v=yHJOz_y9rZE

I see your Imperial March, and raise you the Game of Thrones theme.

While it takes a lot of programming to get floppies, industrial lasers, scanners (if you’re not taking advantage of a built-in easter egg)or dot matrix printers to sing, for overall impressiveness, how about DIY lightning? This HAS to be the only way for an Evil Overlord to play their Leitmotif, while here’s a more conventional Faraday Cage in the way – complete with willing volunteer.

Genius. Insane, but genius at the same time. :-)

I remember a program that was supplied on a magazine cover disk that would play tunes using the stepper motor on my Amiga 500’s floppy drive back in in the late 80’s.

The magazine did warn not to run it for more than a few seconds at a time as it would destroy the floppy drive – an expensive item back in those days, so I only tried it once.

With the multitude of old valueless drives I have lying around I might give this a try.

This is awesome!!!
I just watched Back to the Future :-)
Amazing.

A random pun (with nothing to do with this):
I ate a mosquito.
And it tasted bloody awful!

I have listened to this so many times now! Can’t get the theme out of my head!

Staff room laughed their head off!

I still can’t believe all that sound is coming from disk drives.

For anyone with an old scanjet 5P around, if you can get it to do it’s self test it will play ‘Fur elise’ (using the stepper motor that moves the sensor) – someone obviously wanted to make sure all the bytes in the firmware ROM got used!

Brings back memories of commodore pet 4040 disk drives in 1989/90 and using the 2 floppy drive read heads to play music and then spending many a happy (ish) hour re-aligning them so that I could read my disks!