The Official Raspberry Pi 4 Desktop Kit includes all you need to hook up your Raspberry Pi to an HDMI monitor or TV and get started. 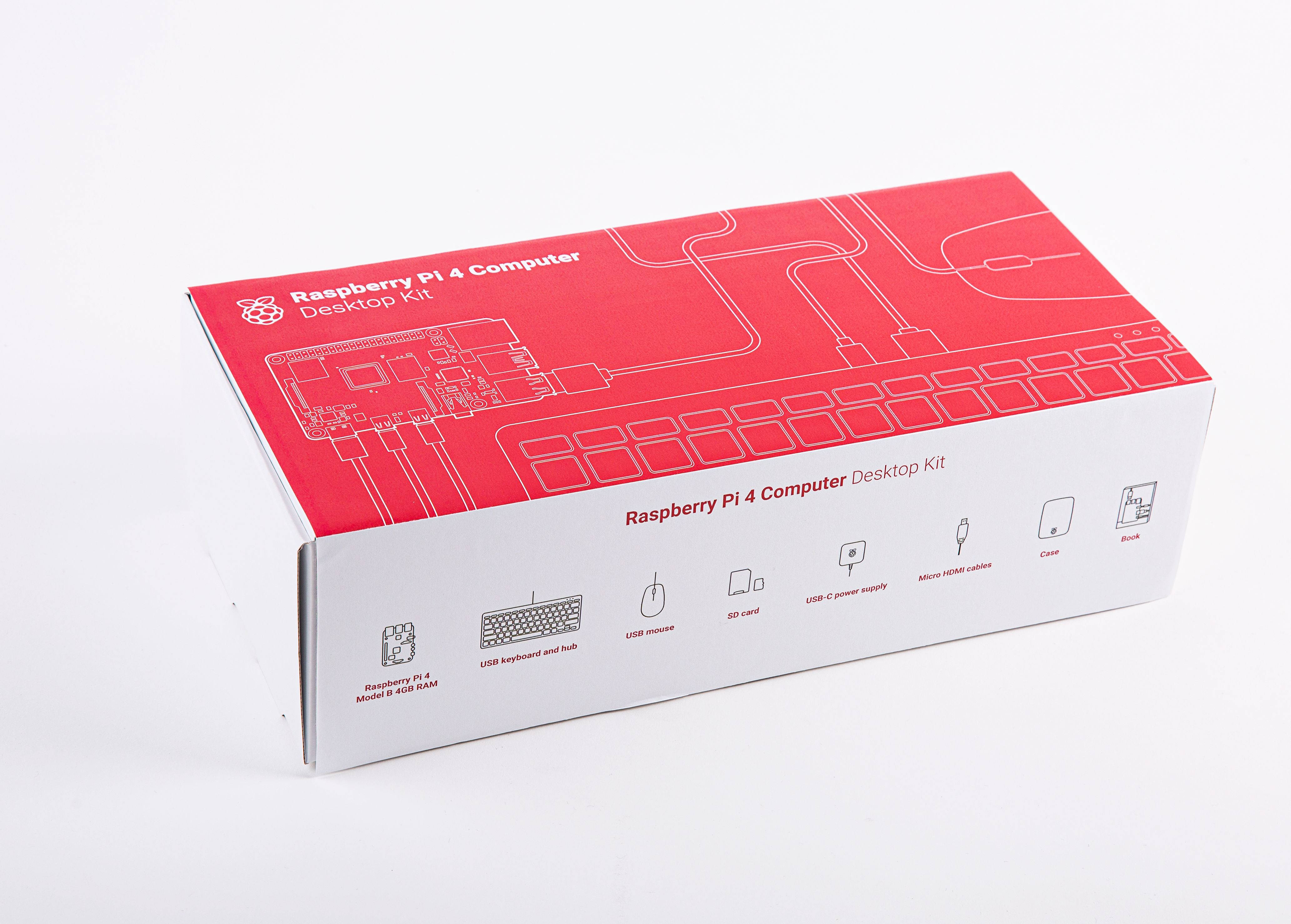 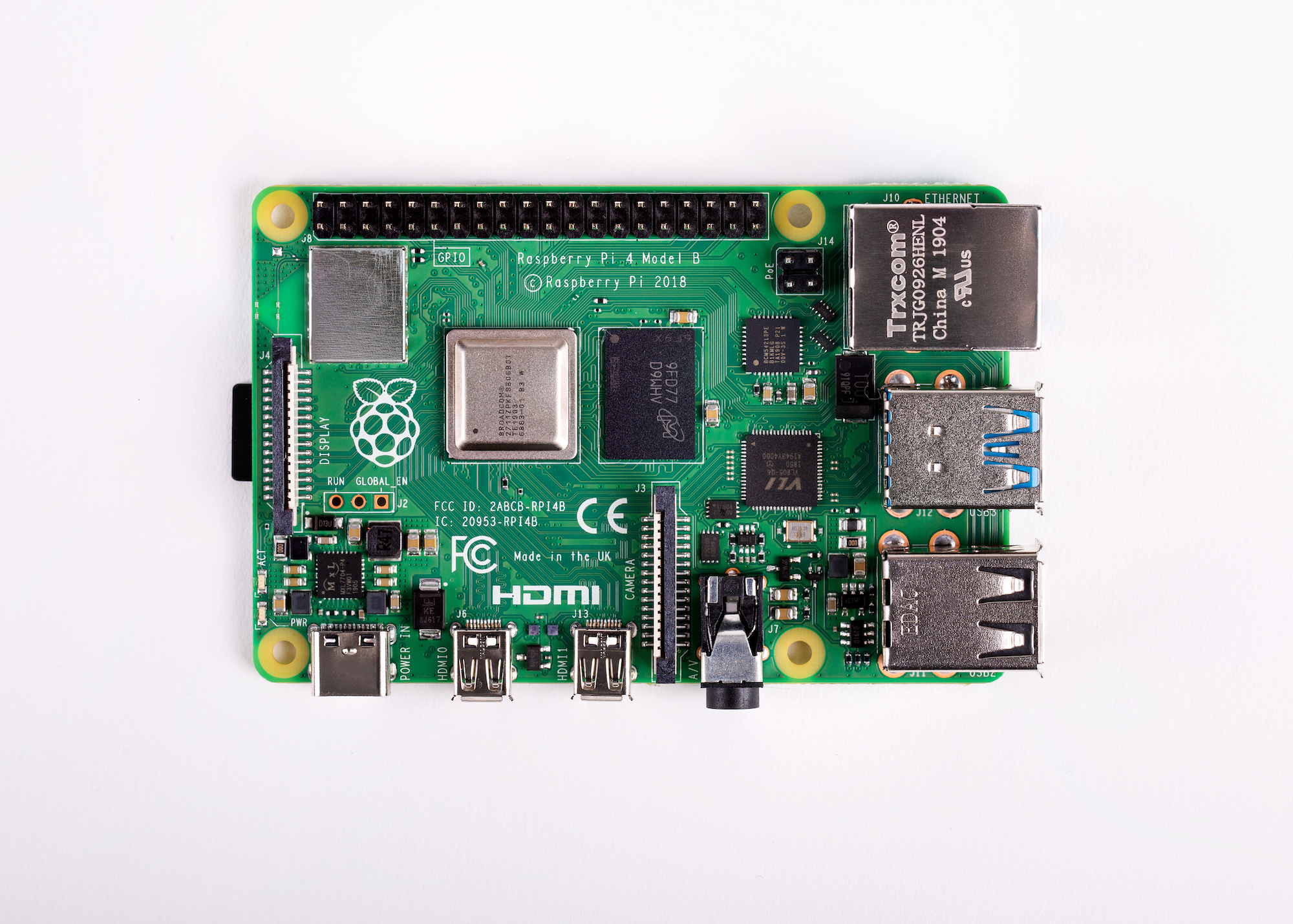 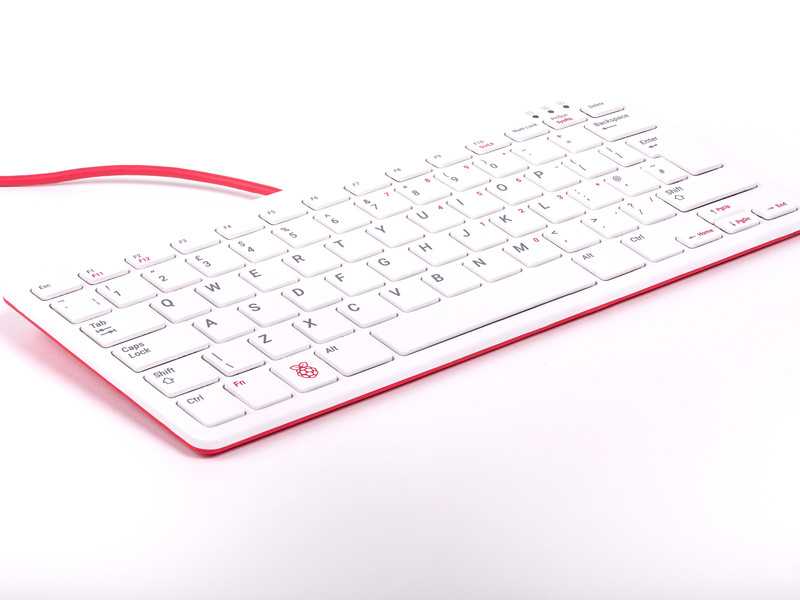 Designed with Raspberry Pi users in mind, the new official keyboard is both aesthetically and functionally pleasing. Available in various language layouts, the keyboard also contains a USB hub, allowing for better cable management on the go. 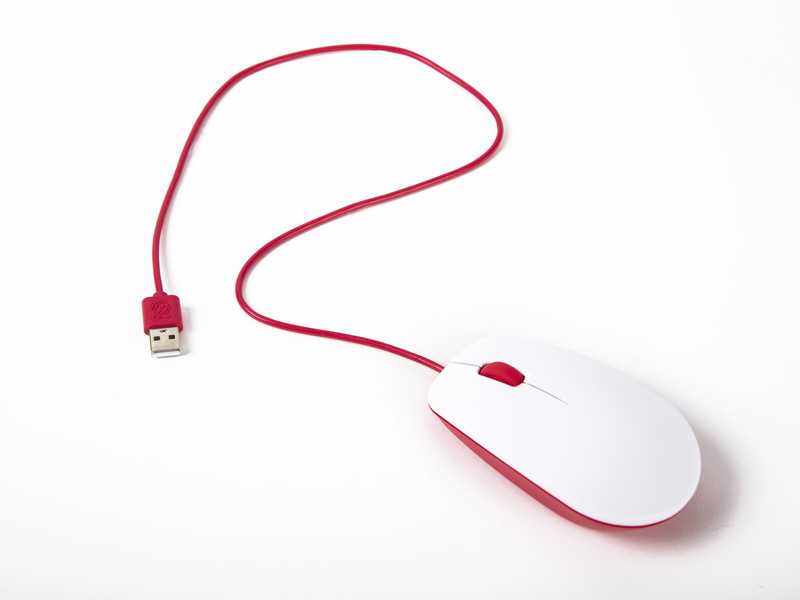 Light-weight and comfortable to use, the official mouse is the perfect pairing for our keyboard. 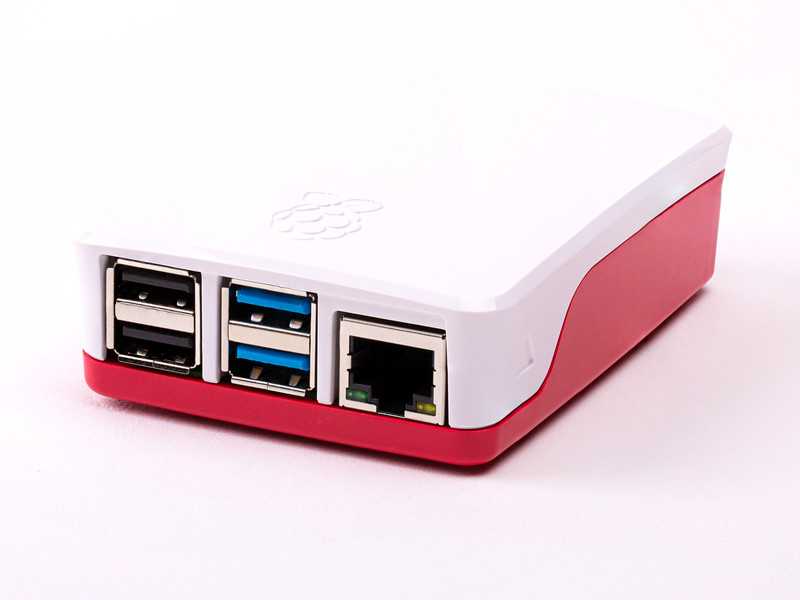 Protect your Raspberry Pi from dust and tea spills with the newly-designed Raspberry Pi 4 case. How did we design it? Find out more here. 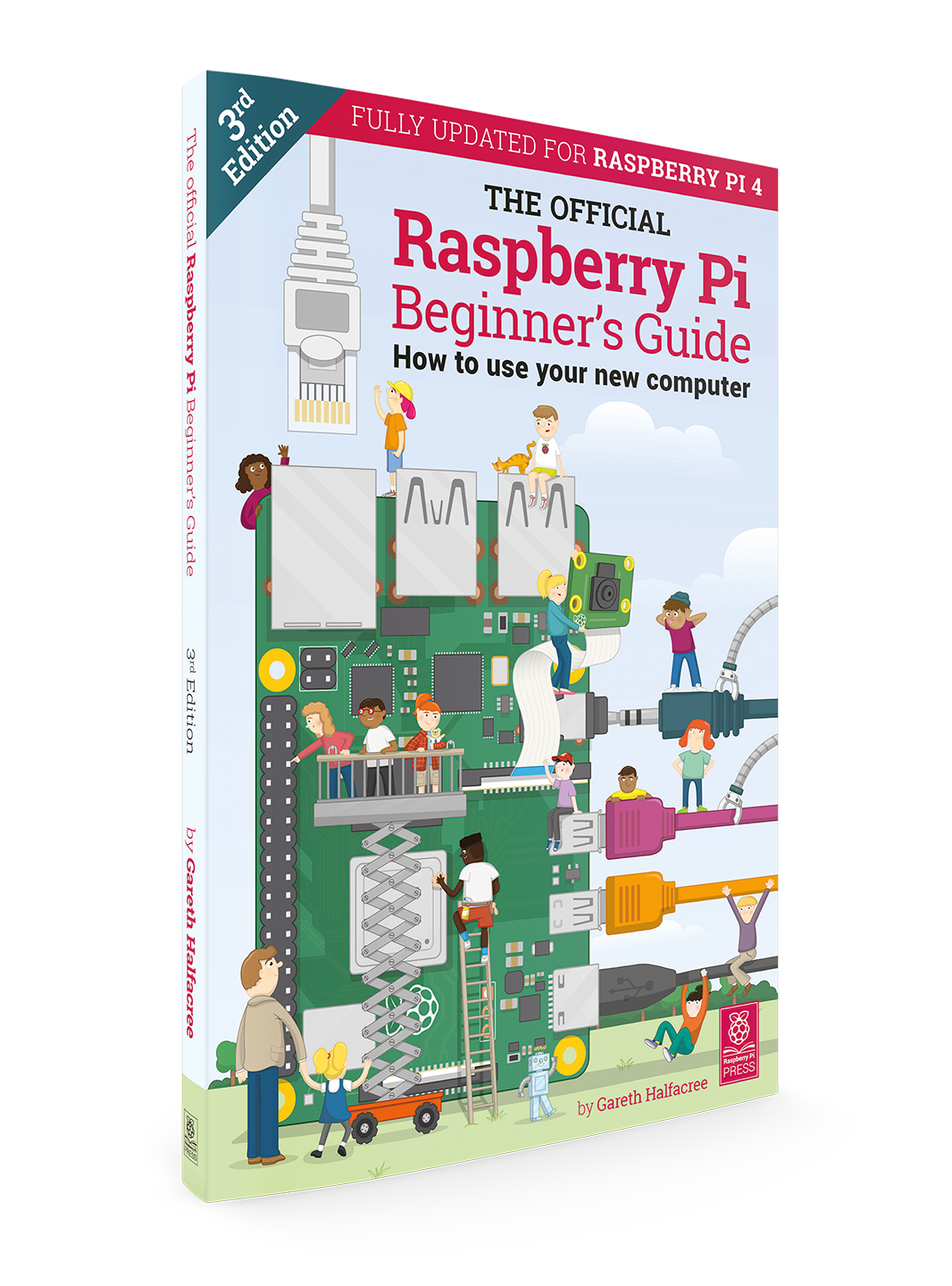 Updated for the new Raspberry Pi 4, our Official Beginners Guide contains all the information needed to get up and running with your new computer and provides several projects to introduce you to the world of coding. It’s great, but don’t take our word for it; Wired said “The beginners guide that comes with the Desktop Kit is the nicest documentation I’ve seen with any hardware, possibly ever. ” 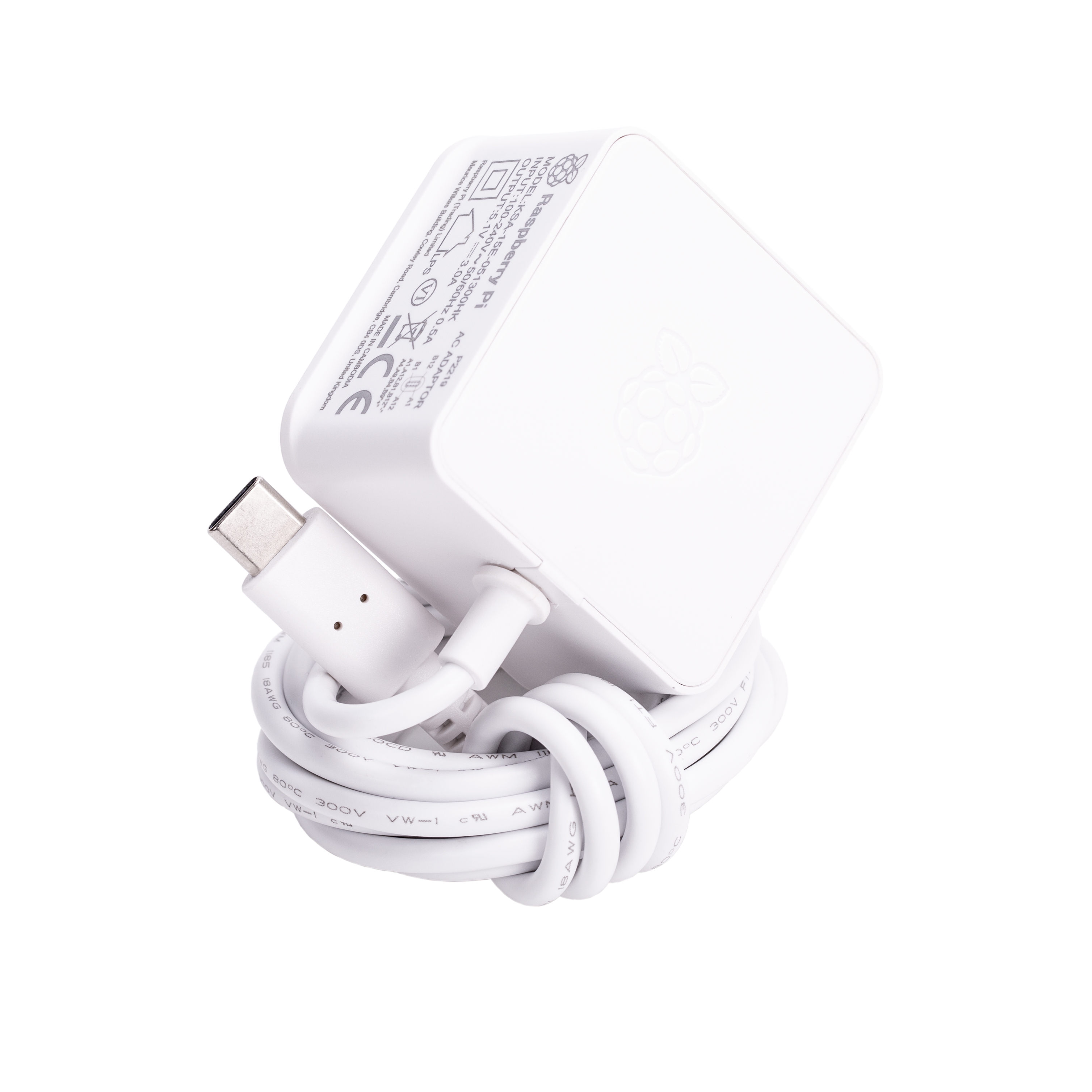 We’ve updated the Raspberry Pis power supply to USB-C, allowing your new computer to receive all the juice it needs to run while supporting add-ons like HATs and other components. 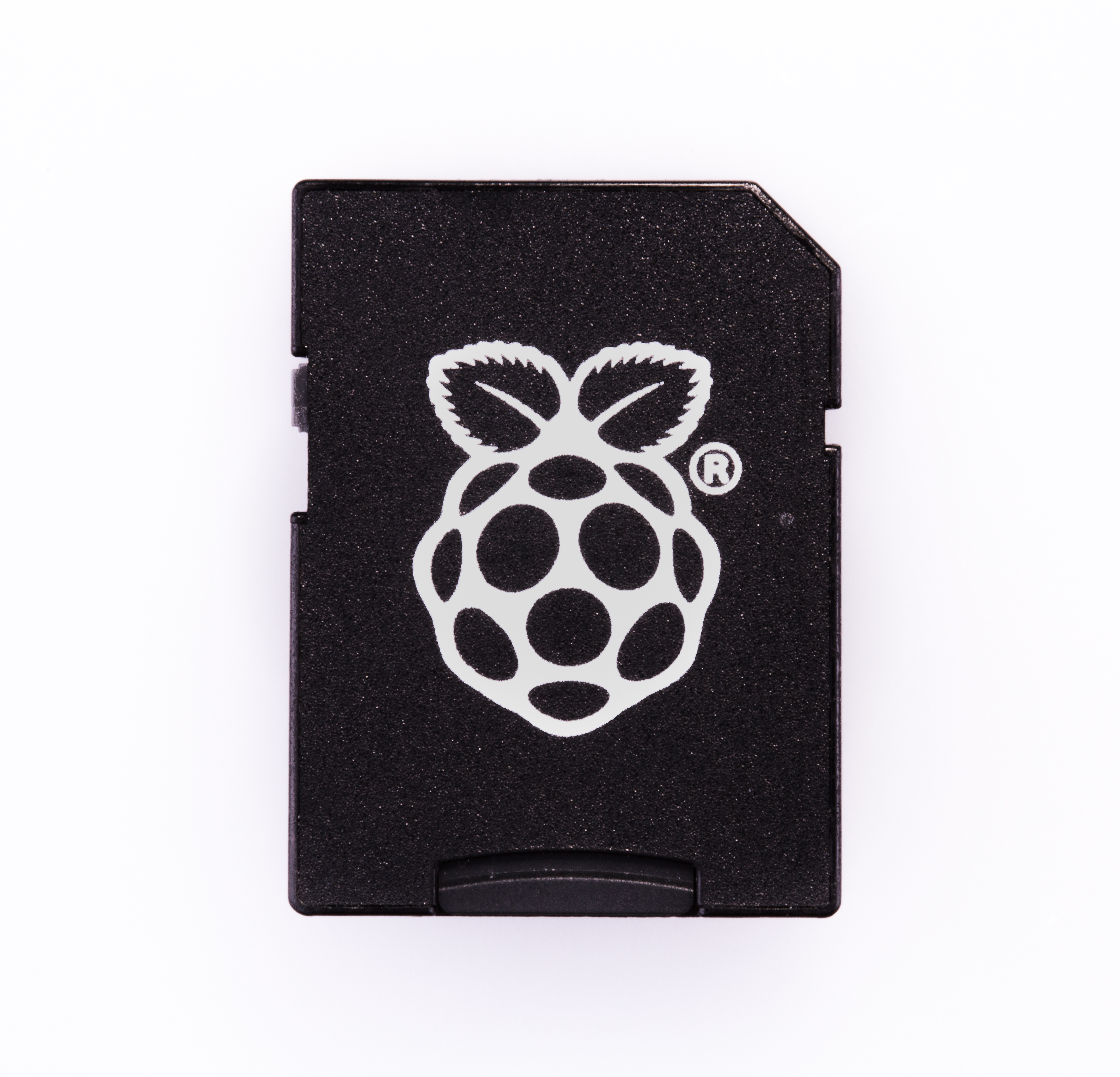 Plugin and get started. With the NOOBS pre-loaded on a micro SD card, you can get up and running straight away, without the need to spend time installing your OS. 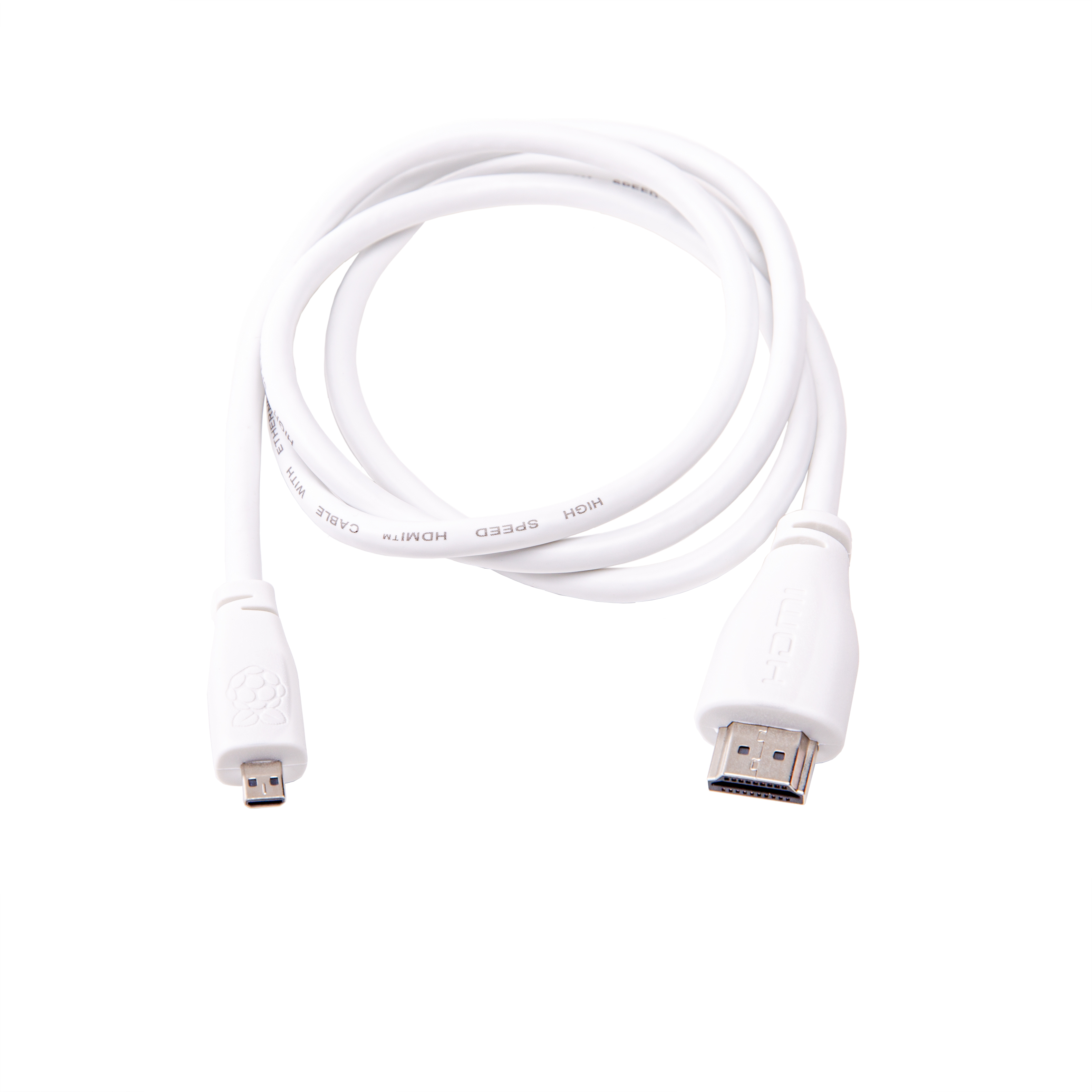 Two?! The Raspberry Pi 4 includes two micro HDMI connectors, which means you can run two monitors from one device.

We’re a charity. 100% of the profit we make when you purchase official Raspberry Pi products goes to support the work of the Raspberry Pi Foundation, and its mission to put the power of computing and digital making into the hands of people all over the world. Thank you!

Get your Raspberry Pi 4 Desktop Kit 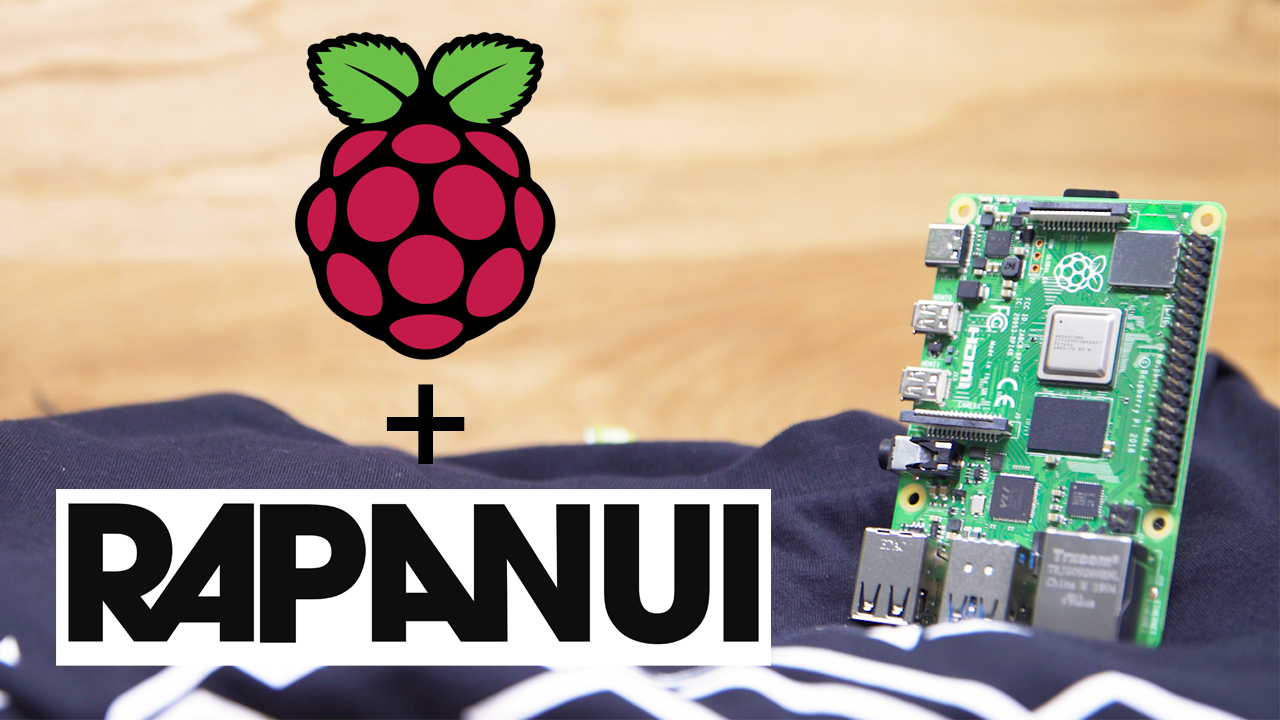 the colour of the sd card adapter for the noobs microsd sort of irks me. surely you’ve sold enough of them that you’d got the buying power to force a manufacturer to make them in Pi brand colours of white&red

This is just about the silliest request I’ve heard. You will spend next to no time looking at that card since it will ideally be inside your pi. It makes sense to retain the contrast for the bit that *does* stick out anyhow, since it allows you to easily identify if the card is seated properly during projects.

And really, complaining about the color of a memory card on a system you’ve clearly bought previous generations of? A) Why haven’t *you* gotten your own matching card and B) Why are you still using NOOBS?

I smell a troll.

Received my Raspberry Pi 4 (2 of them) here in the USA with the kit accessories in black. very pleased with the quality of everything. the Microsofts, Apples, Googles and Amazons of the world should just be throwing money at you guys. you are doing what they do not have the will to do!

Thanks! Really glad you like it. Even once we had Raspberry Pi 4, lots of things (peripheral sourcing, injection moulding, publishing) had to come together to make the kit.

I got one of the 4GB kits when they were about the only way to get a Raspberry Pi 4. It’s really nice!

The keyboard is pleasingly compact while still having a decent feel and the extra USB ports on the back are very handy. The mouse is incredible. I like it so much that it’s my daily driver mouse on my main desktop machine. I’m really picky about mice, and this one’s just about perfect.

In a complete kit with everything you need except the TV, it really feels like unboxing a home computer back in the 1980s. Well done!

Thanks. Definitely agree on the mouse – they’re pretty much ubiquitous on Windows PCs in the Raspberry Pi office now.

Nice kit to start it off, now my most expensive accessory is a 4K monitor ?

Nice! It would be a wonderful gift for my 7y old daughter. Any option to ship it to Brazil?

Maybe try one of the UK resellers (Pi Hut or Pimoroni). They are often able to ship internationally.

It’s a great kit, I bought one for my son’s school projects.

We now have to find out to repair this. Melting glue does not work, as the PI gets too hot, so any other suggestion is appreciated. It’s a bit disappointing for him after just having the Pi kit a few days :-(

You either need to learn how to solder and fix it yourself, if that’s possible or buy a new one.

Depending on what you need for the project. There’s also, the Raspberry Pi Zero, the base unit costs $5, but the connectors will run you a few more dollars.

It’d likely be much simpler to just get a new Raspberry Pi 4.

A bit sad to buy a new one, it is it the cover of the scoket. I will try to solder it….

Hi, Sorry to hear about your Pi4’s SD socket!
May be you can just run your Pi from USB3 reader/flash drive!

I haven’t found the instructions for PI4 yet. All I could find was a workaround that needs a bootconfig.txt on the sdcard (!).

Any suggestion is welcome.

I’ve got the official keyboard and mouse, as well as the Pi 4B. The mouse is really good, and the built-in hub in the keyboard is quite handy as well. I can see the kit being a popular present this christmas, raising some well-earned profit to support the Pi Foundation.

Sorry to abuse this post for this kind of question,

but is there any news if or when to expect a board revision of the Pi4 addressing the USB resistor issue?

Can it boot from anything besides the sdcard ?
I’m hoping to get one that can be used for OpenCL on GPU and/or ASIC. I presume some hat is required for adding a ssd drive for the os. Would i still have to use the sdcard for /boot ?

Currently it can boot from SD card and network (PXE). In the near future we’ll add USB mass storage device boot (as with previous products); for now you’ll need to bootstrap via an SD card, with the rootfs on USB.

Hi Eben, when will this be available please? See my post about the broken SD card socket a bit up here…. My son cannot continue his CO2 metering project :-(

Just tried the updated OS (Buster) on my new Pi 4. Wonderful!
Using the Chromium Browser I can use iPlayer for catchup on BBC but ITV, All4 (error 3307) and FIVE hubs will not play catchups. Seems to be a Digital Rights problem. Any chance of this getting fixed?

The “desktop” kit will throttle the CPU to a dismal clock speed within 5 minutes in the “official” case. Might take 10 minutes in bare-board configuration. A heatsink gains little advantage, the Pi4 requires a fan! Plenty of $10 fan cases are available. Too bad one isn’t “official.” But maybe that’s part of the fun with this lil’ board. I have 4 of them all in cases with fans. Official case is in a drawer (somewhere).