In the UK, plus a few other countries here and there, no Christmas table is complete without the traditional Christmas cracker next to every plate. The Christmas cracker is a cardboard tube, tied shut at both ends. When two people pull it apart, an inner ‘snapper’ gives off a bang while the cracker’s contents fall into your mashed potatoes and gravy. There’s usually a paper hat that tears the moment you try to fit it on your head (or falls away with the after-dinner meat sweats), a gift that tends to be something like a magic trick, a miniature sewing kit or a golf tee, along with a joke, like this one:

Cracker jokes are notorious for being awful.

Because of this, I have created the Crackerjoke-a-tron. It’s the ultimate joke response unit that allows you to pronounce judgement upon the jokes at this year’s Christmas table.

To make your own Crackerjoke-a-tron, you’ll need:

You can download the .wav files you will need directly to your Pi.

Create a new folder on your Pi called ‘crackerjoke’ by entering the following into a terminal window:

You can then enter this folder using this command:

To download the .wav files to your Pi, use this:

To make sure the files play, try typing the following (make sure to plug in your speaker or some headphones):

If this works, you’re ready to get your code written and your buttons and lights set up.

First, we’ll put the components in place. Here’s a picture of what to expect: The GPIO pins we are using are as follows:

If you have a breadboard, ground everything as standard. If you don’t, make sure you ground all your LEDs and GPIO pins.

Now it’s time for the code. Open Python 3, create a new file within the crackerjoke folder called ‘crackerjoke.py’ and type the following:

Save your code, press F5, and you should be good to go.

If you’d like the code to run on reboot, allowing you to detach yourself from the monitor, keyboard, and mouse, open a terminal window and type:

At the bottom of the file, add:

If you make the Crackerjoke-a-tron, don’t forget to share a picture or a video with us via social media, using the hashtag #BerryXmas. 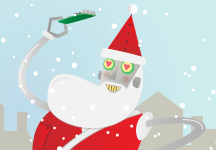 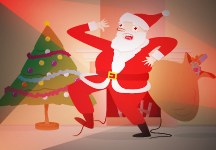 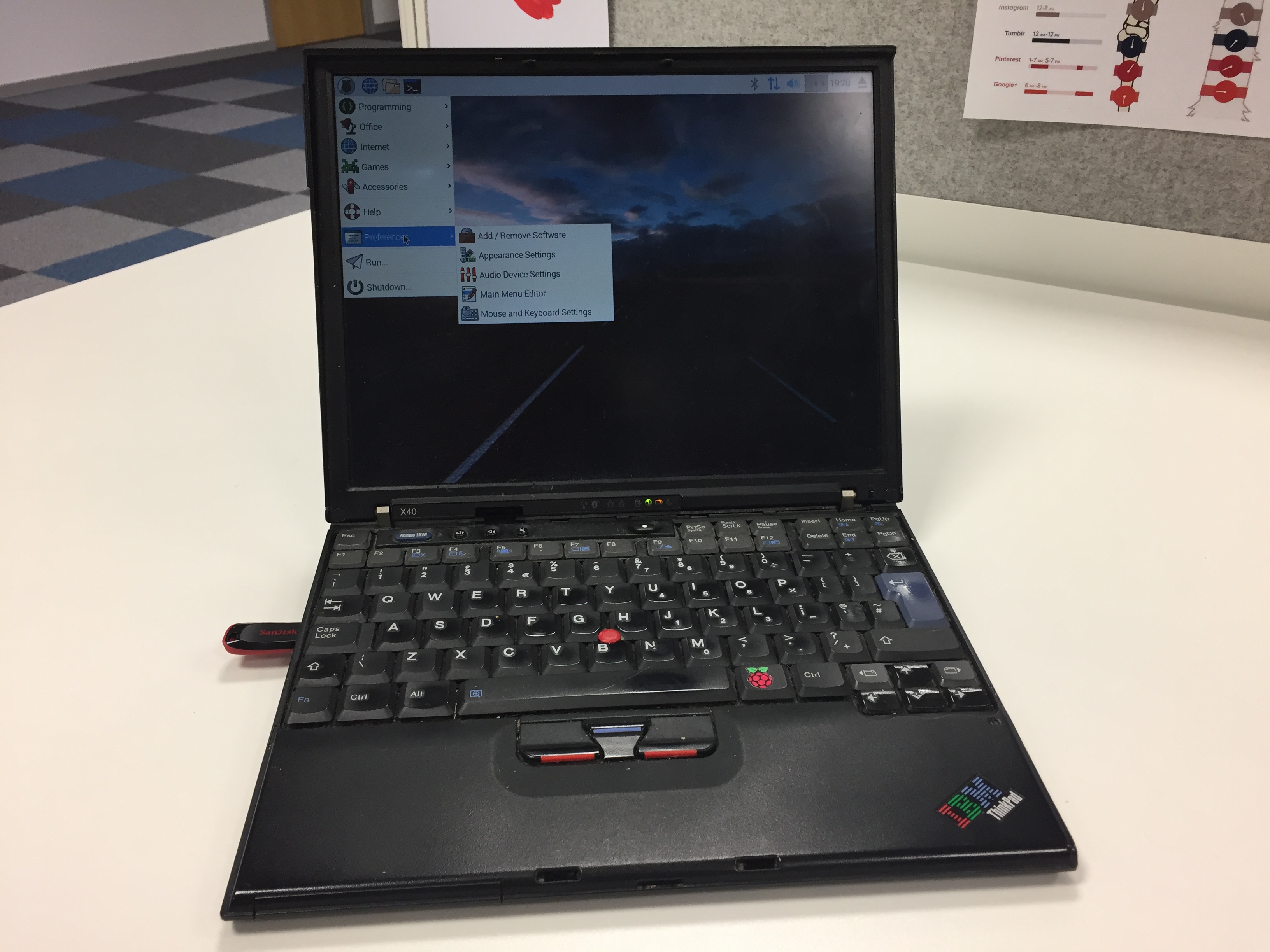 PIXEL for PC and Mac

Q: What did Adam say the day before Christmas?

There’ll be no need to bother downloading http://rpf.io/goodjoke unless you get your crackers from M&S, Waitrose, Harrods or Fortnums. ALL cracker jokes are cornier than anything from http://reallycorny.com/

Q. Where do fish sleep?
A. In a water bed

Why did the Grinch go to the liquor store?

To get some Christmas spirit.

What does Santa suffer from if he gets stuck in a chimney?Claustrophobia.

What do you call a guy with no calves?
Tony

What do you call a Pokemon who can’t see?
I can’t Pikachu

How do you get Pikachu on a bus?
Poke him on.

What did one snowman say to the other?
“Can you smell carrot?”

Q: What do you call a bat with a carrot in each ear?
A: Anything you want as he can’t hear you!

“a Raspberry Pi (any model will work)”, probably not a zero unless you have an audio socket kit, or am I wrong?

A zero has audio through HDMI.

Which one of Santa’s reindeer do you hardly ever hear about?

Olive, the other reindeer…..

Haha, that took me a moment.

Can dogs operate an MRI?
No, but Catscan.

How many elephants can you fit in a mini?

How do you get two whales in a car?

M4, surely! The M6 gets you to Carlisle…

Where do you weigh a whale?
At a whale-weigh station.

Why did the elephant paint his toe nails red?

so he could hide in a cherry tree

What did the grape say when they elephant trod on it?

nothing it just let out a little whine

What do you call an old snowman?
Water

Why did the belt go to jail?
It held up a pair of pants.

Why do ducks have flat feet?
So they can stamp out fires.

How do elephants get flat feet?
From jumping out of cherry trees onto burning ducks!

Where do you go to find out how heavy a pie is?
Somewhere over the rainbow.
(Weigh a pie)

I’ll get my coat!

Where does a Pirate hide his Buccaneers?

But can you come up with something to keep the confetti from getting in my dinner?

I could not get the program to start on reboot as the instructions said. Has anyone else been able to do that?
Other than that, it works great! I’m going to use it at our next team meeting.

Update to my comment earlier about not getting the crackerjoke.py to run in autostart. It seems like it does start because both lights turn on. However, when I press the buttons, no sound go off. The program does work when I run it manually. Any ideas? Thanks. – Henry

Here is an alternate way of having the Pi start the program, then after ten (10) jokes, it shuts down the OS: