While yesterday’s blog post covered YouTubers who create video tutorials about using the Raspberry Pi, today we want to focus on a more traditional medium in honour of #BookLoversDay.

Since we launched the Raspberry Pi back in 2012, staff and community members alike have been writing guides and projects books about our little green board, with some releasing them as free PDFs and others donating a portions of the revenue to the Raspberry Pi Foundation.

Here are a few of our favourite books, written by our colleagues and you, our glorious community.

For beginners just entering the world of Raspberry Pi, there is no end of ‘Getting started’ resources available online. For those of you who want a physical reference work, or who plan on giving a Raspberry Pi as a gift, here are some of the best beginners’ guides available: 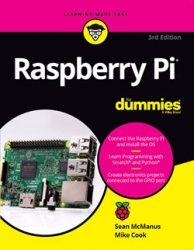 Almost all of us will have at least one for Dummies book lying around at home. Easy to read and full of information, the series is a go-to for many. The third edition of the Raspberry Pi for Dummies book came out in late 2017, and you can read the first two chapters on co-author Sean McManus’s website. 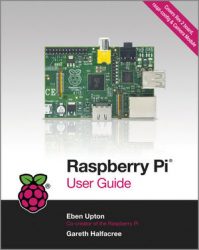 was co-written by Eben Upton, creator of the Raspberry Pi and co-founder of the Raspberry Pi Foundation. So it’s fair to say that the information in this guide comes directly from the horse’s mouth…so to speak. You can read an excerpt of the book on the publisher’s website. 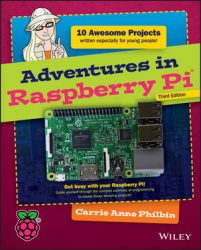 For younger users, Carrie Anne Philbin’s Adventures in Raspberry Pi is both an introduction guide and project book, taking young beginners from the basics of setting up and using their Raspberry Pi through to trying out coding and digital making projects. Now in its third edition, the book is available in both paperback and e-book format.

If you’re looking for some projects to try out, whether they be Scratch or Python, screen-based or physical, the following books will help you get making: 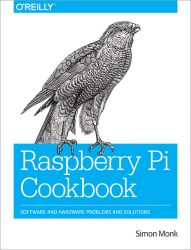 Simon Monk has been writing tutorials and producing Raspberry Pi kits for both beginners and advanced makers. With his Raspberry Pi Cookbook, Simon has written over 200 ‘practical recipes’ for you to try with your Raspberry Pi. 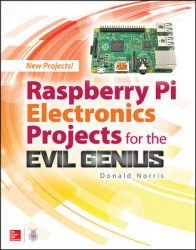 Forget James Bond. If you’d rather be working for the dark side, try Donald Norris’ Raspberry Pi Electronics Projects for the Evil Genius* and build everything you need to take over the world. 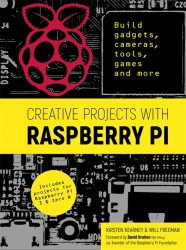 More inspirational rather than instructive, Creative Projects with Raspberry Pi by Kirsten Kearney and Will Freeman is a gorgeous coffee table book of Raspberry Pi projects from across the globe. From small gadgets to art installations and robots to weather stations, if this book doesn’t get your creative juices flowing, nothing will.

Computer science is more than just writing code and lighting LEDs. If you’d like to learn more about the history and science behind STEM, these books are marvelous resources for the inquisitive mind: 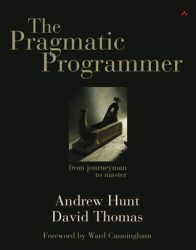 Those wishing to go deeper into learning programming should check out The Pragmatic Programmer: From Journeyman to Master by Andy Hunt and Dave Thomas. Some consider it the classic go-to for novice programmers, with many veterans returning to it when they need a reminder of best practices in the field. 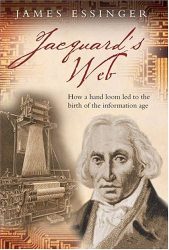 History buffs may want to look into Jacquard’s Web: How a Hand-Loom Led to the Birth of the Information Age by James Essinger. This book explores the development of technology, from the invention of the handloom by Joseph-Marie Jacquard in Napoleonic France to technological advancements of the digital age. 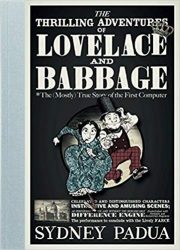 With its lighthearted fun mixed with historical events, the Eisner Award–nominated The Thrilling Adventures Of Lovelace And Babbage by Sydney Padua is a Pi Towers favourite, and should be the staple of every STEM enthusiast’s book collection. In fact, we’re sure that even those with no interest in the field will find this collection of stories entertaining. So there’s really no reason not to try it.

If you’re looking for a periodical or two, may we suggest: 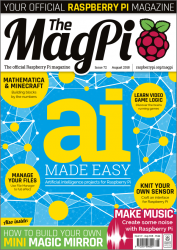 The MagPi, the official Raspberry Pi magazine. Available in both hardcopy and free digital PDF every month, The MagPi covers community projects and tutorials as well as Raspberry Pi–related add-on tech. You may also be interested in the MagPi Essentials Guides, written by community members to help you advance in various areas of Raspberry Pi creativity. 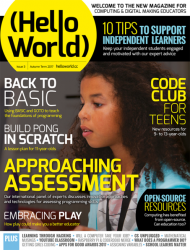 Hello World, the magazine for educators, is released termly and includes articles and advice from STEM educators across the globe. UK-based educators can get Hello World delivered free to their door, and everyone can download the free PDFs from the Hello World website. 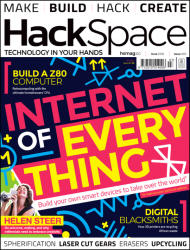 HackSpace magazine covers more than just the Raspberry Pi. Consider it the maker magazine, covering a wide variety of different topics, skills, and techniques. An interesting monthly read that your eager hobbyist mind will love…but your wallet and free space/time, not so much. It’s out in both hardcopy and as a free PDF each month.

If you have a favourite book that we’ve left out, let us know so we can add it. Maybe you have a childhood classic that first got you into coding, or a reference guide you go back to again and again. So tell us in the comments which books we have missed! 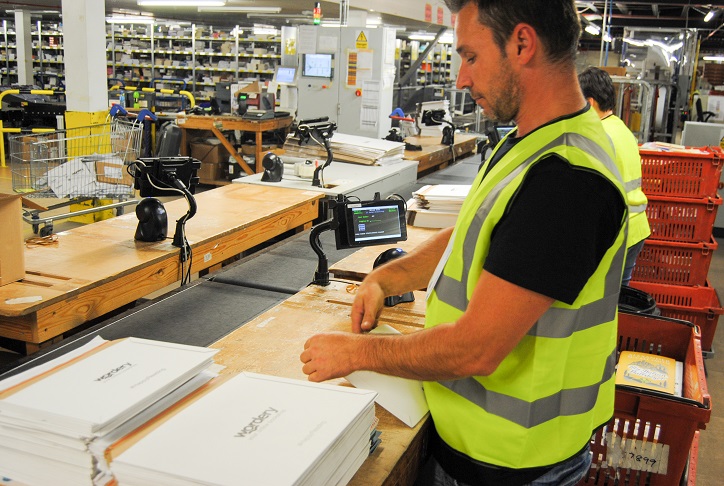 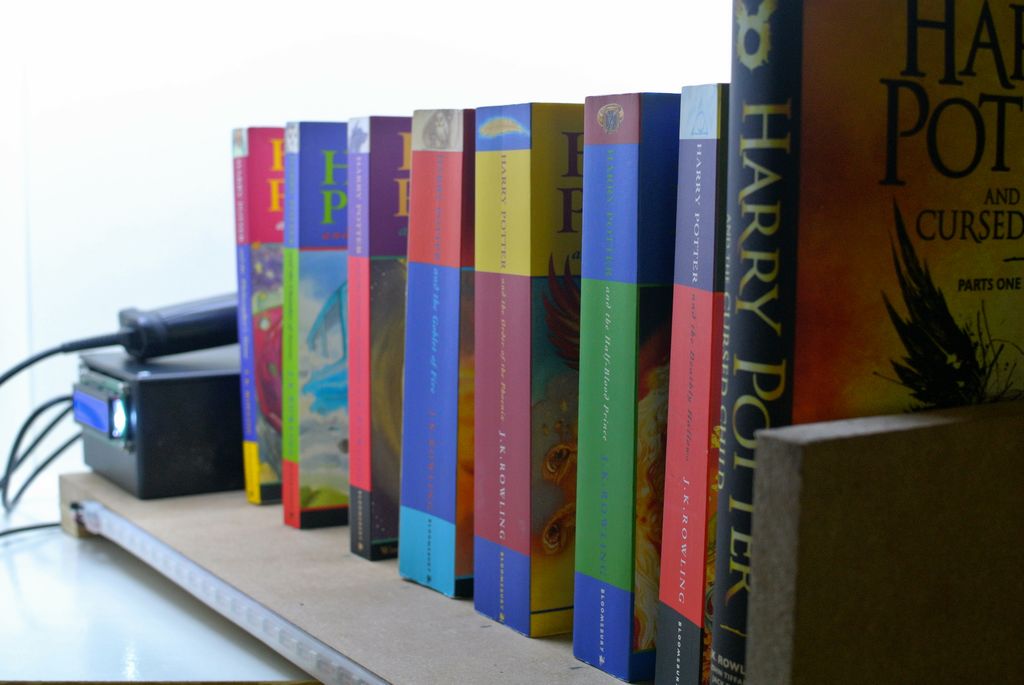 The affordable Raspberry Pi night vision goggles of your dreams

Maker’s Guide to the Zombie Apocalypse by Simon Monk

The latest version of Bruce’s book is entitled “ARM 32 Assembly Language” – it covers 32-bit ARM, NEON, VFP, and Thumb. It is a larger book than previous versions and is a good read for anyone wanting to try assembler on the pi.

I’d like to recommend “Electronic Brains: Stories from the Dawn of the Computer Age” by Mike Hally. It’s a fascinating look at the early days of computing and some of the less well known computer developments globally by independent teams in the period from the 30’s to the 60’s.

from Raspberry Pi for Dummies to Knuth’s TAOCP in three screens… as the saying goes: boy, that escalated quickly

Download a free copy of “Raspberry Pi Assembler” from:

For an introduction to computer organization, using C/C++ and ARM assembler on the Raspberry Pi, go to:
http://bob.cs.sonoma.edu/IntroCompOrg-RPi/intro-co-rpi.html

The book is free online and used in several university computer science programs.