The age of the thermal printer!

Thermal printers allow you to instantly print photos, data, and text using a few lines of code, with no need for ink. More and more makers are using this handy, low-maintenance bit of kit for truly creative projects, from Pierre Muth’s tiny PolaPi-Zero camera to the sound-printing Waves project by Eunice Lee, Matthew Zhang, and Bomani McClendon (and our own Secret Santa Babbage).

Interaction designer and developer Cadin Batrack, whose background is in game design and interactivity, has built the Vomit Comic Robot, which creates “one-of-a-kind comics on demand by processing hand-drawn images through a custom software algorithm.”

The robot is made up of a Raspberry Pi 3, a USB thermal printer, and a handful of LEDs. 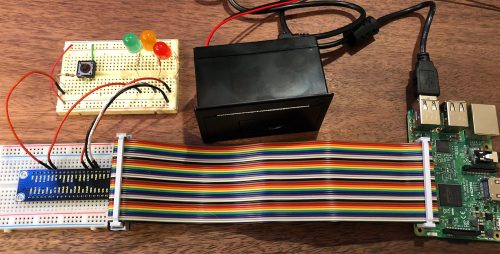 At the press of a button, Processing code selects one of a set of Cadin’s hand-drawn empty comic grids and then randomly picks images from a library to fill in the gaps. 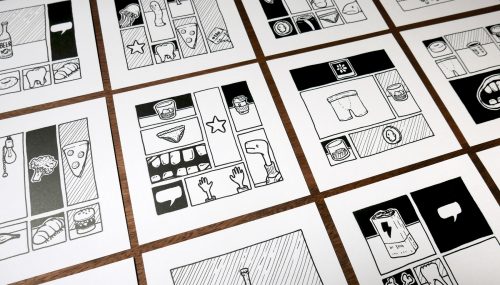 Each image is associated with data that allows the code to fit it correctly into the available panels. Cadin says about the concept behing his build:

Although images are selected and placed randomly, the comic panel format suggests relationships between elements. Our minds create a story where there is none in an attempt to explain visuals created by a non-intelligent machine.

The Raspberry Pi saves the final image as a high-resolution PNG file (so that Cadin can sell prints on thick paper via Etsy), and a Python script sends it to be vomited up by the thermal printer. 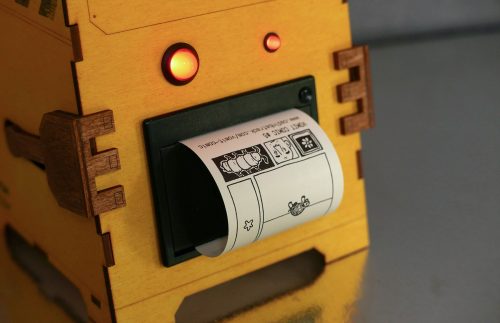 For more about the Vomit Comic Robot, check out Cadin’s blog. If you want to recreate it, you can find the info you need in the Imgur album he has put together.

We have a soft spot for cute robots here at Pi Towers, and of course we make no exception for the Vomit Comic Robot. If, like us, you’re a fan of adorable bots, check out Mira, the tiny interactive robot by Alonso Martinez, and Peeqo, the GIF bot by Abhishek Singh.

Making Waves: print out sound waves with the Raspberry Pi 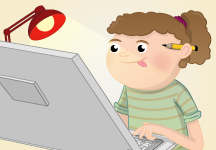 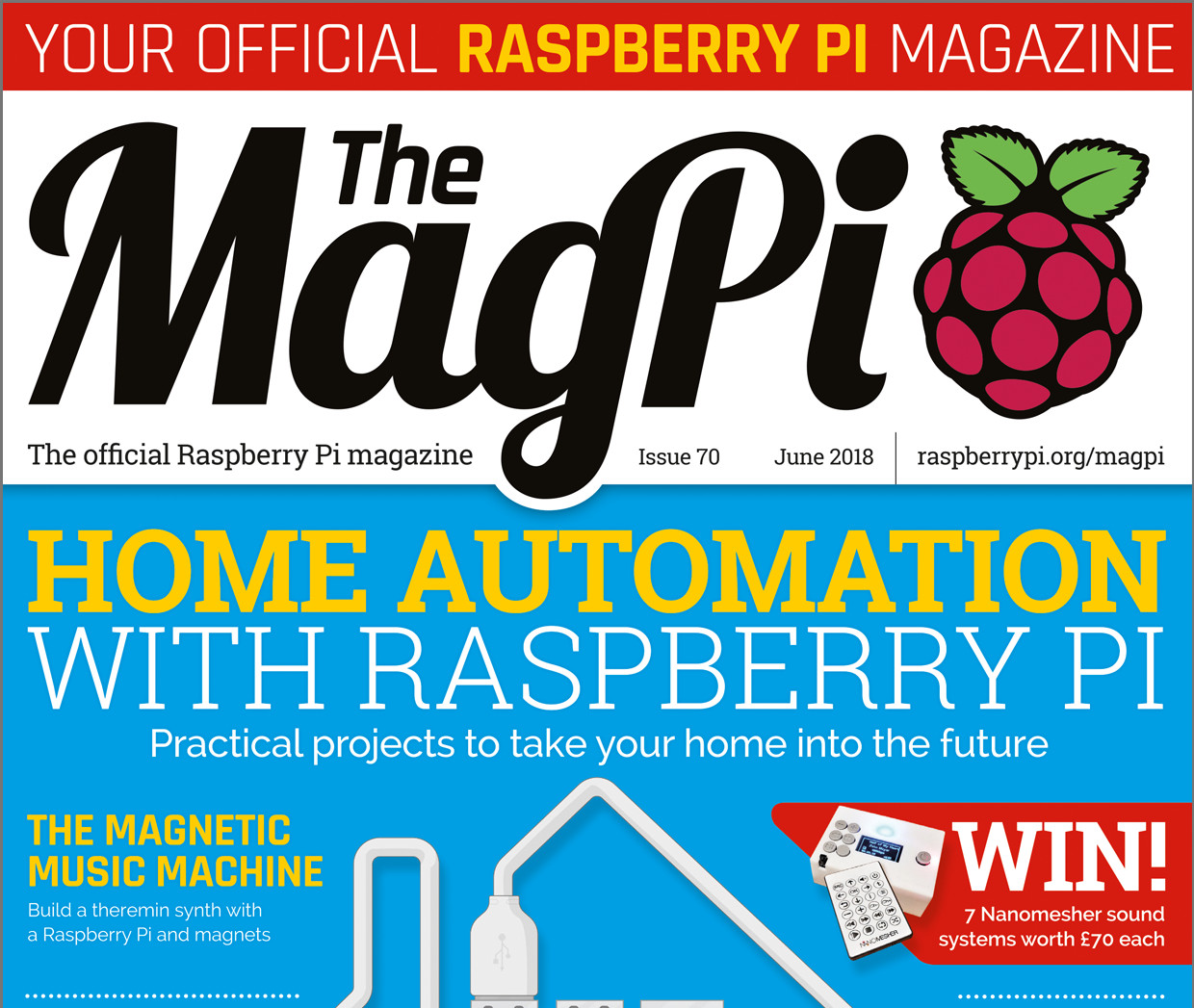