A momentous day: after four years in Mount Pleasant House in Cambridge, we’ve finally outgrown all the available space (insofar as on some days we’re having to sit on each others’ knees), so we’re moving to bigger premises near Cambridge Station. Gordon, centre, has so far packed three Rubik’s Cubes and a mug.

A bit of housekeeping: we won’t have internet after about 11.30am today, and we don’t expect the network to be up and running first thing on Monday morning in the new digs. (We’re also going to be spending a lot of today and Monday, and some of the rest of next week, emptying all these boxes.) So if you’re trying to get in touch with someone at Raspberry Pi, please give us a few days to get settled! We’d like to say a big thank you to all of our friends at Mount Pleasant house for being such great neighbours over the years, and especially to the buildings manager Geoff Cooper, who we wish we could take with us. 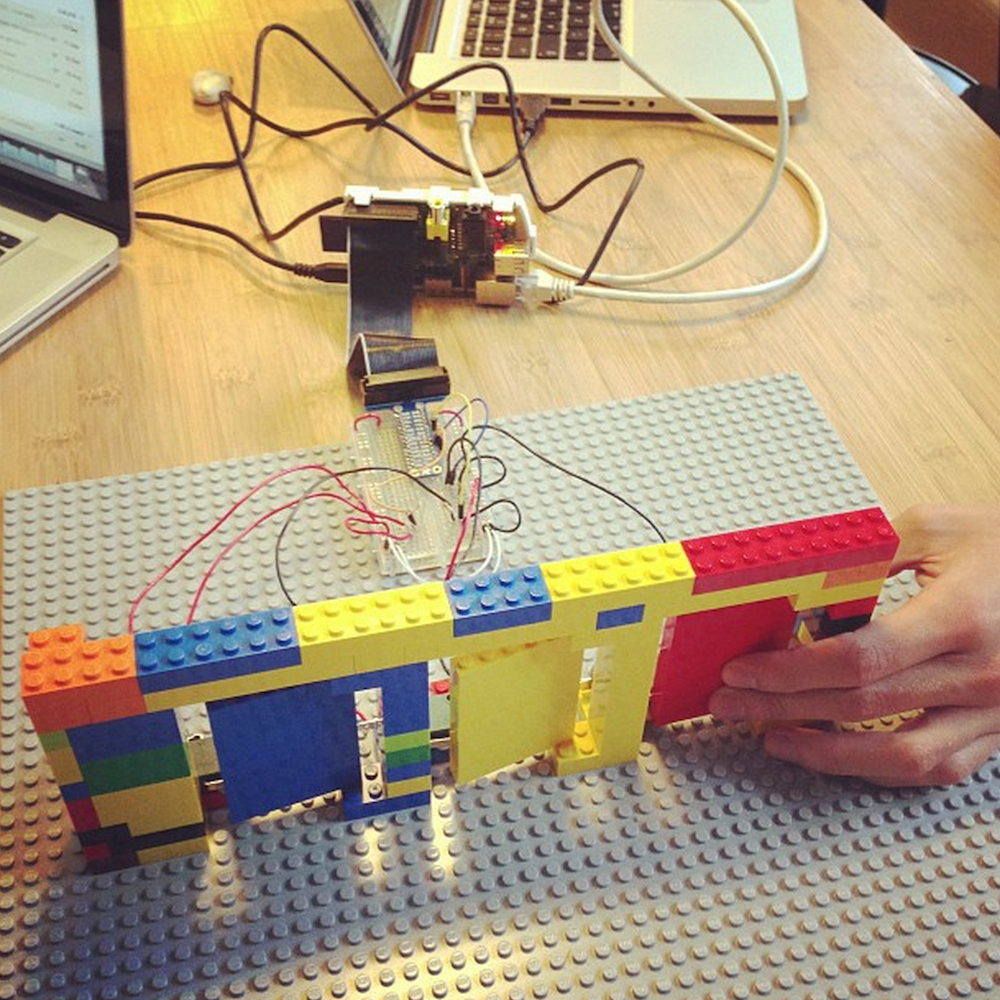 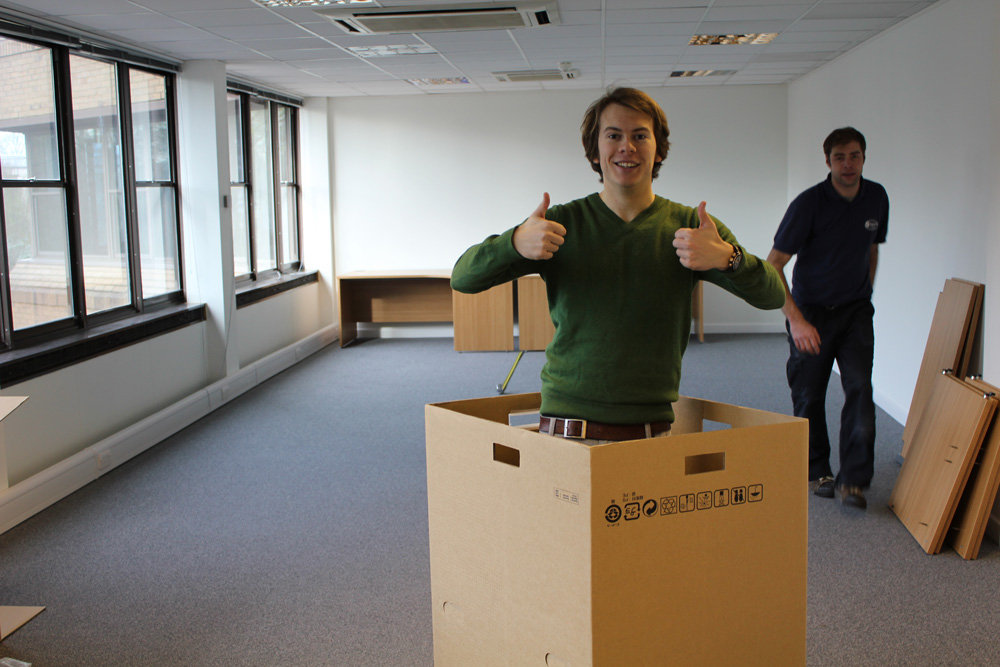 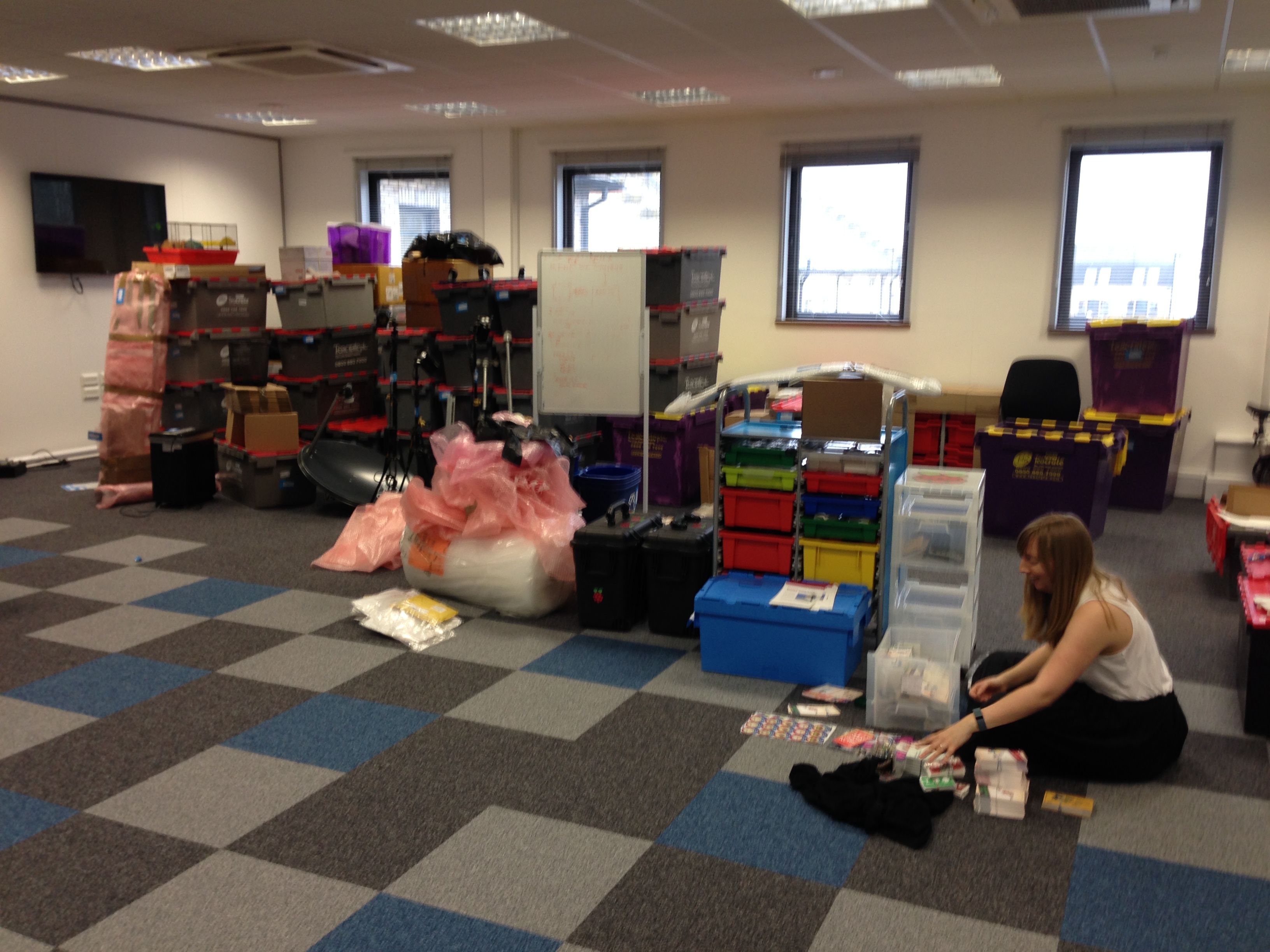 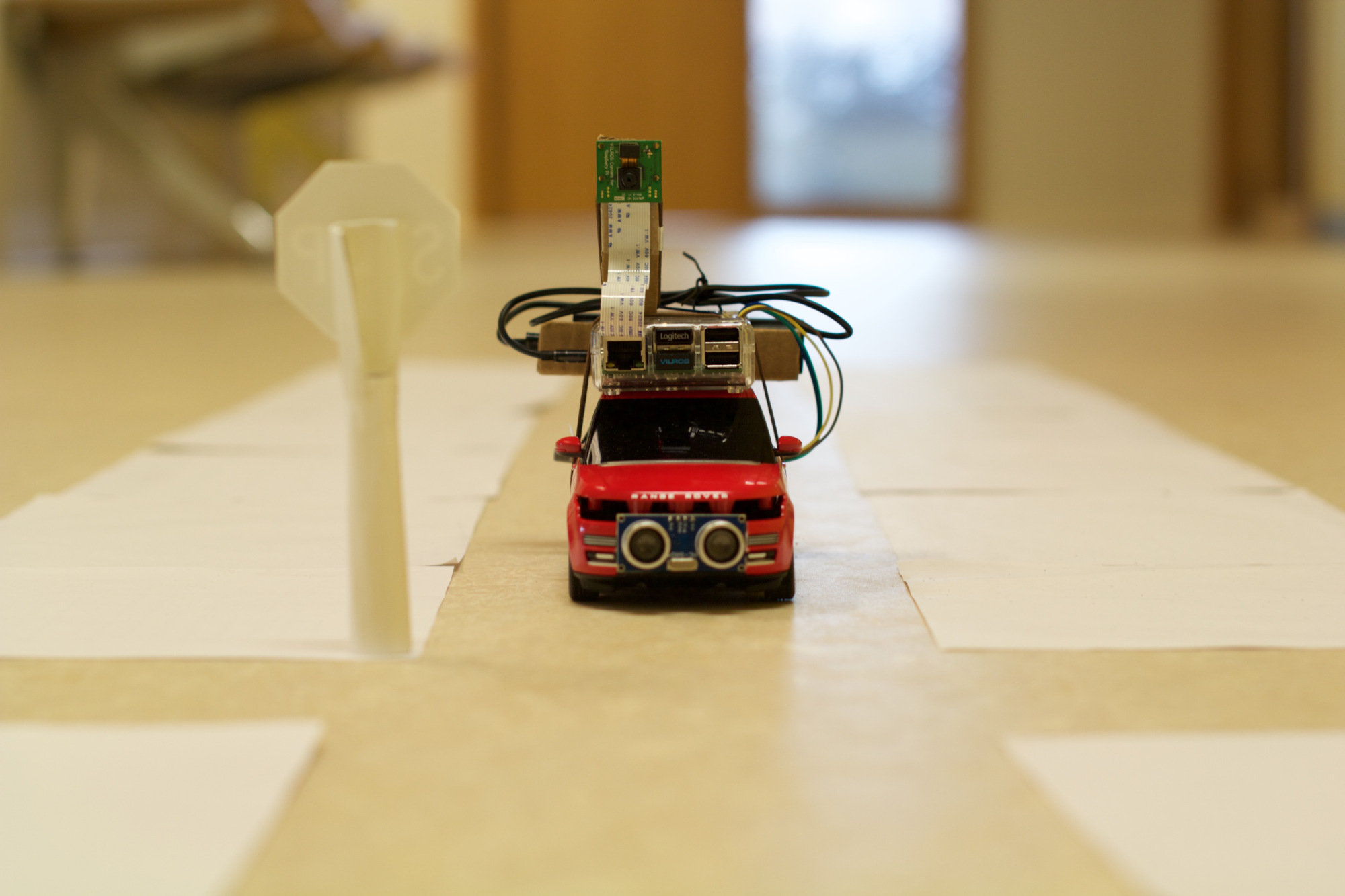 Good luck and may the Pi be with you.

Good luck and may the Pi be with you

Will it still be known as “Pi Towers” or will that feel like the old office? Maybe it’ll be Pi HQ? Pi Place? Pi Station? Pi…I’ll stop now.

Good luck with the move, I guess the new location will also be more convenient for visitors :)

That’s certainly the plan! A lot of us commute in on the train too, so it’s WAY better for them than having to fight their way across Cambridge twice every day.

Do you know if there’s any Windows 10 IOT stuff being done in the Microsoft Research offices near there?
http://www.microsoft.com/en-gb/about/ukoffices/cambridge/

Not in the slightest, unless you arrive by train!

Sadly I agree with you James – no more quick trips over the road to discuss things with DC4 or GSH, nor to nab hardware. Can’t have everything though, and we’re only occasional visitors rather than employees.

Have fun unpacking everything on Monday – just as long as you know where the kettle is you’ll be OK.

You’re always VERY welcome, Dave. Come and swing by when we’ve moved in – I’ll note we’re very near where all the foodtrucks park.

It’s a longer journey from Castle Park – my boss might notice my absence!
Though now you’ve mentioned the incentive of food…..

I’ll have a much shorter cycle!

Oh? Did someone steal your penny-farthing?

So glad you’re finally able to do the move. Don’t forget the champagne! :-)

Hours of Fun playing Desk Tetris.
The ancient art of wiggling curvy desks in and out of buildings. Which often requires getting the desk the right way around three steps before the ‘problem’ doorway.

Those of us in Cambridge who sometimes cycle past the station are curious to know your new address. Or is it a secret! ;-)

No secret I think. Cambridge News reported on 31st December that the Raspberry Pi Foundation was moving into 30 Station Road. I’ll wave as I go by on the bus.

Happy house warming! … (that’s not just tea in that chest is it?)

Good luck with the move, looking forward to visiting the new Pi Towers!

Top photo caption: “Fortunately, R2D2 got the garbage crusher shut down in time…”

It’s always fun to have a new place to play and work, but unpacking is always the hardest part…

If my own house is anything to go by, two years from now there will still be at least five boxes we haven’t bothered to unpack.

Yey! All the best guys!

Good luck. The area around the Station is just one big construction site right now, so looks like it is going to be the right place to be in a year or two.

Cool, Good Luck and have fun in the new building :)

Do not forget the coffee machine !

That and the kettle and teabags were in the first box that we moved!

Which means 3,146 (rounded up :) other boxes will be piled on top of it, if my dozens of moves while in the Navy are any indication … : /

Congratulations on the new digs! Being a railroad nut (we’re actually called “fans” … but “fanatics” would be more descriptive :) now that you’re near a train station, and presumably the tracks that lead to/from it, I will definitely make my way there by hook or by crook … and probably both! However, it will be perceived as “long-term borrowing” by the bookkeepers! “These are not the quid you’re looking for … ” :D

I suspect you’d have been fascinated when they were building the new platform a few years ago :)

Good luck with the move! As long as there’s wifi, tea and pizza all is well.

Good Luck and Best Wishes with the move. More Power to your Pi!

Wishing you good luck in your exciting “upgrade” — may it run as smoothly as your awesome Raspbian OS! :-)

Please let us know how the move goes and don’t forget to write a blog post about Pi Towers V.2.0! :-)