We apply our demanding testing principles to the latest festive pastry treats to find this year’s top mince pie.

The Greggs mince pie doesn’t look like it’s trying very hard. It’s a shallow, flat, plain pie, and while this is a distinctive look in itself, there’s nothing about it that looks promising. Until you eat it. In this case, the proof is in the pie and the pie is good. A strong flavour to the filling, but pleasant with it. The pastry is great, but isn’t supplied in an overwhelming amount. There’s also a subtle but sweet aftertaste – it’s all here. All substance, not so much style, but we’re not reviewing pies as table decorations. As an added bonus, they’re also vegan-friendly.

A star-shaped vent surrounded by holly and sprinkled with sugar is a curious decoration, inviting the kind of juvenile humour that we’re not going to indulge today. Oh no. No butt-hole jokes today. Even if some pie designs clearly present themselves for it. The M&S Classic All Butter is a fairly decent offering. There’s buttery pastry, as advertised, although in our pack, it’s a little dry and darker than the picture on the packaging, almost but not quite to the point of burned. There’s an agreeable filling too, although it’s nothing fancy. Even with its flaws, this is a reasonable feed.

A sizeable pie with a star and snowflake pattern, plus a fruity, pudding-like filling. There’s a good texture to it all as well, and a little sprinkle of sugar on top helps, although there is some blandness to the pastry. It doesn’t stray so far as to be bad, but it’s also not wowing anybody with its masterful baked goodness. In a year where the average pie is a pretty good pie, the Aldi Specially Selected Mince Pie makes its way comfortably into the pack, although it begs the question of what happened to the pies that didn’t get selected.

A big and well-constructed pie. The ASDA Extra Special Luxury does everything by the numbers from the first bite. The pastry has a good taste to it – it’s on the dry side, but that’s only noticeable because everything else feels like it’s exactly how it should be. There’s a citrusy edge to the filling, but it’s not too severe – it’s well balanced with the rest of the chunky fruit. A great all-round contender.

These rather small pies share a similar design with the Waitrose Heston oddities, but Tesco seems to have pitched its design at a more conventionally Christmassy approach. As much as the top is crumbly and sugary, and the base is thick and biscuity, it’s still recognisably a mince pie once you’re munching on it, with a light boozy flavour to the filling and a sticky consistency. The flavours don’t quite mesh as well as they might, tending towards cancelling each other out, but it is still an interesting take on a mince pie, even if it doesn’t quite nail it.

It seems so simple. A big, tall, solidly constructed pie with great pastry and a delicious filling. It’s visually so on point that it looks almost like a cartoon of a mince pie, from an encyclopaedia or a flashcard teaching about Christmas snacks. The Simmons Luxury Mince Pie is bafflingly good, to the extent that you wonder what this Hertfordshire bakery’s secret is, or what everybody else is up to in the ten months of the year that they too could have been perfecting their pies.

The drawbacks are the price and relative scarcity – Simmons is a bakery chain that’s local to Hertfordshire and the surrounding area, but you can’t get them anywhere else. That’s brilliant if you’re Antony, who brought these pies into the office, but it’s rubbish if you live anywhere else (which includes the rest of the tasting panel). If you have a local Simmons, though, you’ll want to grab these pies.

Underneath this neat little star-and-snowflake combo decoration, plus a sprinkling of sugar, sits an extremely good pie. The pastry is yielding, but not mushy, and tastes satisfyingly buttery, while the filling is chunky, and sweet with clear undertones of citrus that linger, and are welcome to do so. The Waitrose All Butter hits all the right notes, right across the board.

This hearty-looking pie is decorated with an attractive lid of overlapping stars and icing sugar, and it’s assembled solidly out of fine tasty pastry. With this pie, however, it’s what’s inside that counts, and what’s inside tastes of rum. This is so rummy. Rum for days. Rum for nights. Rum for the hills. You’ve never tasted so much spiced rum, short of actually taking a hefty swig from the bottle. This is formidable stuff.

Where it gets into trouble with the judges is that, even those who like spiced rum don’t want almost the entirety of a minced pie barring the outer edge of the crust to taste like it. Everything is overwhelmed. It’s not unpleasant, and it’s not rum in a bad way, but it’s still very, very rum.

Tesco’s standard pie is a sad-looking effort with a rather slapdash construction. Unfortunately, the presentation is indicative of what’s to come, with bland, crumbly pastry that feels like it takes too much effort to chew. There’s an opportunity for the right filling to save the day, but that doesn’t happen. It has a strong flavour – you can’t miss it – but it isn’t the right flavour. It’s worth paying slightly more for better pies.

M&S has opted for a Christmas shuriken as its Collection pie decoration this year, an oft underappreciated festive favourite. The innovations continue throughout the pie, such as the surprising choice to make the pastry so very, very dry. That can’t have been accidental. The flavour is good in spite of this, although the general consistency isn’t helped by the dryness of the pastry. It still manages to be quite good overall, just a little wayward.

Waitrose Heston Spiced with a Lemon Twist / £3.50 for four

The weird and wide Waitrose Heston returns to see if the world is ready for a big circular lemony beast for its Yule snacking pleasure, and it turns out that the answer is no. The Heston rolls in with a biscuity base, a crumbly lemony top layer and a spicy citrusy filling. It’s all very well executed, but where is it trying to go?

The crumble mince pie is a rare specimen, not completely unique this year, but leaning so heavily on the lemons doesn’t feel quite as Christmassy as the judges would prefer. You only get four in a box, but they are big units. More of a case of the wrong pie in the wrong holiday, but it’s not without its charms. That said, previous tasting panels have loved this pie, and it’s really down to a matter of taste rather than poor execution. If you want a mince pie, then go elsewhere, but if a crumbly round biscuit with a lemony taste sounds like your thing, then you’ll like these.

The Mr Kipling pie leads with a slightly bland pastry, and unfortunately that’s kind of the overwhelming theme here – there’s just so much of it. You’re working your way through this bland pastry, helped a little on the first bite with a sprinkle of sugar but if you’re baking a pie this reliant on sugar for the pastry flavour then you’ve messed up somewhere. The filling is present, but its flavour isn’t strong enough to fight its way out of its weighted pastry blanket.

These large, brandy-infused lumps manage to deliver both a decent buttery pastry, sprinkled with a light dusting of sugar, and an enjoyable filling that marries fruit flavours with the titular brandy infusion. The filling has a good amount of chunkiness to it – there can be a tendency for some pies to have the filling blended down almost to a paste, but this one brings the lumps. It doesn’t quite come together as well as some pies on test this year, but it’s very pleasant nonetheless.

This pie has a slightly uneven assembly with a double star-shaped lid that doesn’t quite hold it all together. It’s fairly insubstantial and the pastry isn’t particularly interesting, although the filling then punches into your taste buds with some nice boozy notes and a pleasant lingering aftertaste, dragging the whole pie up to the good side of average. Calling these pies ‘The Best’ might not be entirely accurate, but they turned out okay.

This large, understated pie has a light dusting of sugar. The pastry is fragile, though tasty, but the main event is the filling. It has such a rich flavour of cognac that you could eat one of these while assembling murder suspects in a drawing room. If you have an aversion to cognac, this pie is a bad idea, but if you like it, the taste is very well delivered here. It’s perhaps a little overpowering, but it’s good.

The first bite is with the eye, and in this regard the M&S Joyous Lattice Mince Pies are exceptional – they look great, the latticework is neat and tidily cut, and the presentation is immaculate. It all takes a turn for the worse when you eat them, though, which is about as fundamental a disappointment as you can fit in a pie. Despite the lattice-like nature of the lid, there just feels like there’s so much pastry here, and so little filling relative to it. The pastry is bland and has a grainy consistency that turns to a muddy one while you chew. What hints of the filling you can get aren’t enough to mitigate the mess.

This small, snowflake-bedecked pie has a sprinkle of sugar and a slightly wonky construction, evoking a look of either ‘home-made’ or ‘slapdash industrial process’ depending on how well disposed you feel. In this instance, nobody was feeling particularly well disposed. The flavours hit strangely, with an artificial over-egged vibe, as though a stronger flavour might cover for an imperfect one. The overall result is a less than pleasant taste and aftertaste. Less is more, and sometimes none is best.

The presentation here isn’t bad – there’s an effort made with the double star and sprinkle of icing sugar, which makes the general off-kilter appearance look a shade more palatable. The texture is a little wide of the mark though – the pie is squishy and a little bland, although the flavours, when they come together, are where they ought to be. The pastry is a little sad, and the filling could do with a little more chunkiness. Overall, though, while this pie is might not be irresistible, it definitely isn’t bad.

A snowflake-patterned pie with a very light dusting of sugar suggests a confidence in this pie’s flavour. Sadly, though, the pastry is tasteless and takes a long time to chew. There’s some filling in there, and it’s not all bad – you can get hints of something better while munching the pastry into submission, but that’s hardly a ringing endorsement. This was a properly rough one. 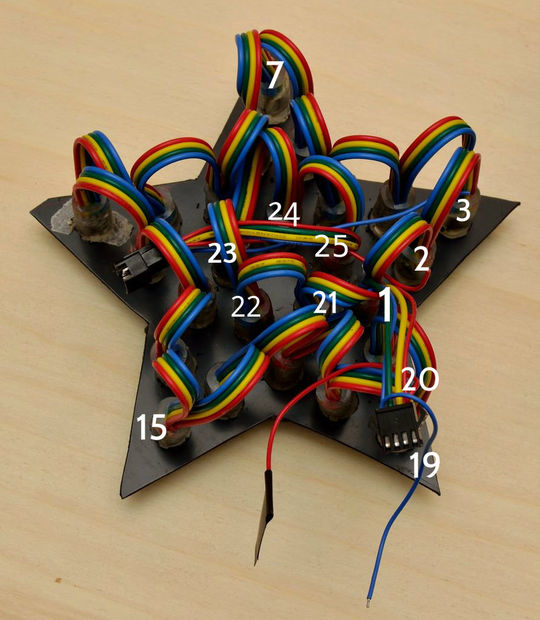 Need to test how they are warmed up too.
Costco frangipane topped ones deserve a mention. But meanwhile I’m off to get some Simmons ones.

Bloody good with Christmas cake, though.

Living in the far East, I don’t have access to an array of mince pies like these, but I love a good mince pie review.

So happy to be of service!