Norbert “Homofaciens” Heinz is a long-time Friend of Pi (you may know him as That Guy with the Amazing Voice). His videos, available in both German and English, showcase some brilliantly imaginative engineering, and we’re always excited whenever a new one comes out. (You’ll see several featured on this blog.) Homofaciens’ rover goes for a trundle

The Homofaciens website is intended to educate and enthuse people about technology and making. One of the ways you can engage with Norbert’s creations is via the Robospatium, a space in the roof of his house where he leaves a selection of web-enabled robots for people to control and explore via an interface on his website.

The RoboSpatium is a place where you can operate my camera equipped robots. The name is derived from the words Robot (Slawic: “robota”, for “forcedlabor” or “socage”) and Spatium (Latin word for “space”). The spatium, thus the robot space is (most of the time) located above me and it is furnished with things I have treated at the column technology. Besides those things, there is some more stuff arranged there which can be observed live (well, with a few seconds delay) and colored with the help of my mechanical servants. It is some kind of playground for scientists, students or pupils – so have fun!

The RoboSpatium is successful, but limited in scope because it’s stuck in one room. So Norbert’s decided to broaden the project’s horizons – by sending one of his robots, still controllable via a web interface, on a world tour.

Here is an absolutely charming video from Norbert to tell you what the project (which he’s funding via Indiegogo) is all about:

The rover will, if this all works out, be sent from location to location around the world, seeking out new life and civilisations and all that good stuff. We’ll be hosting it here at Pi Towers, so you’ll be able to drive it around and annoy Gordon by running over his feet.

You can support Homofaciens’ Indiegogo here – and if you’ve a little time to spare today, spend some time on his website, where you’ll find plenty to amuse and surprise. 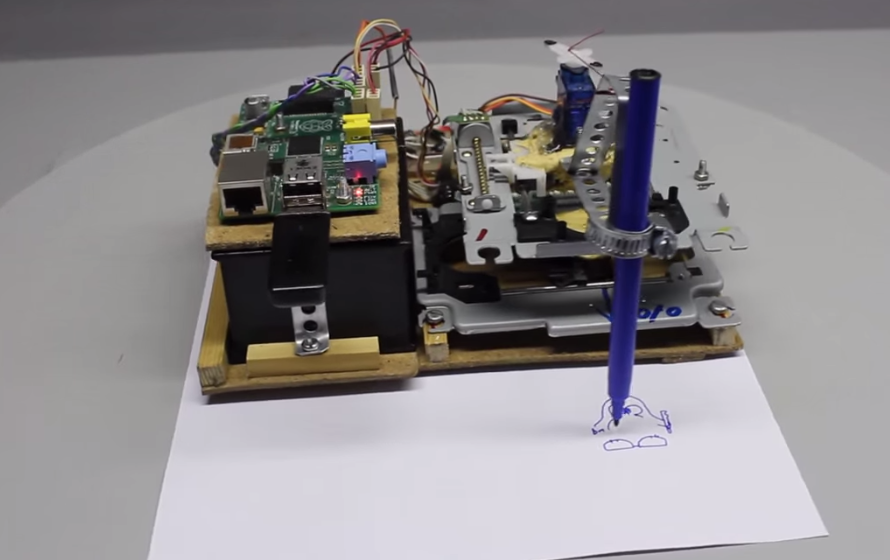 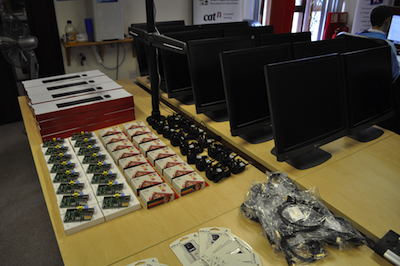 Scouts land in the Fubra Universe 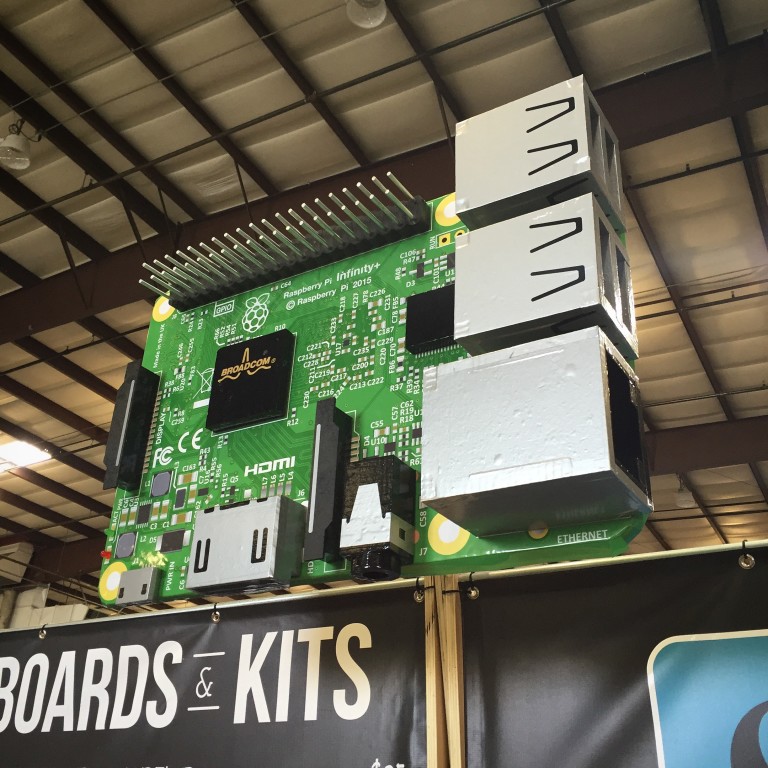 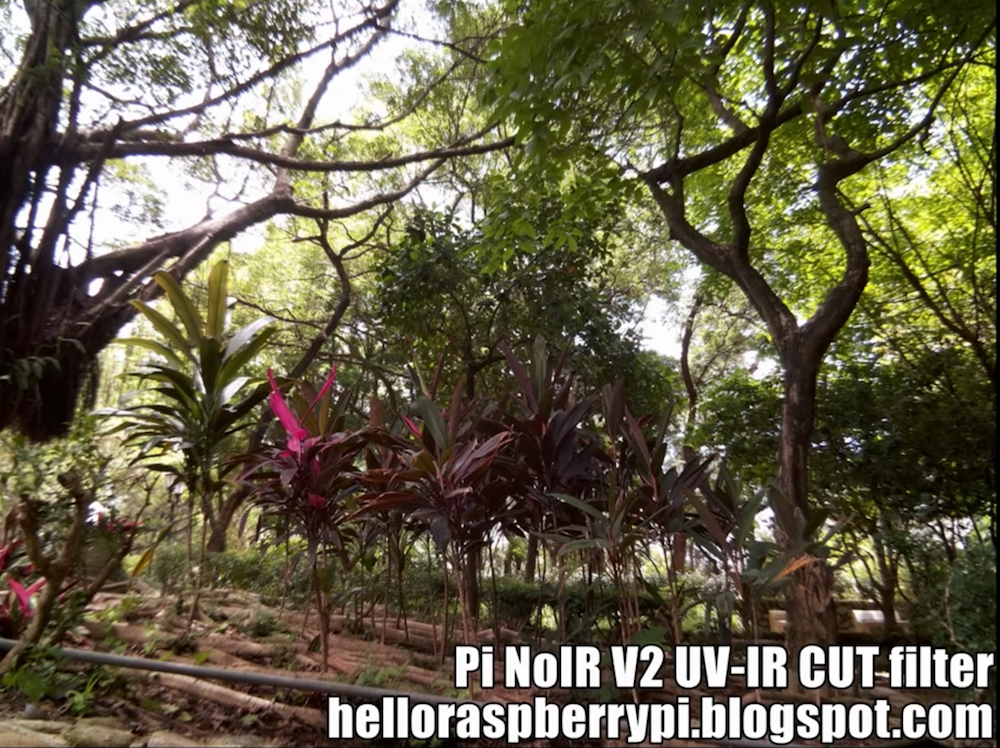 At first I was like this is trolling. But then I realized that this is just a prototype. Looks promising

Well, the rover that will start the world tour won’t be looking totally different. The less high tech materials used to build the chassis and the simpler the base design, the easier the rover can be repaired locally.
Of course it won’t have those loud, cheap geared motors, the headlights must be improved, more sensors have to be added and what ever you’d like to see implemented.
Join the discussion on my pages:
http://homofaciens.de/robospatium-crowdfunding2016-01_en_navion.htm

Hi Liz,
thanks a lot for supporting my rover world tour!
Most of all I need earthlings that are willing to prepare a mission target – anybody out there interested in inviting the robot?

We would be more than happy to post it at Pi Towers, but unfortunately, because we’re a charity, we can’t fund the Indiegogo – let me know if you can come up with a workaround!

There is no need to fund the campaign to make an application for a landing area and since you are a non profit organisation you totally comply with the main rules for preparing a (non commercial) mission target. The robot will be sent to Pi Towers free of charge and there is no rental fee to pay. I know that your foundation needs the money to keep up with the fantastic work in improving the Raspberry Pi ;-)

Thanks Norbert – I’ve edited the post to reflect that!

Thanks, this is the first application for a mission target and a very exciting one. Hope to get more, soon.
I have added a topic to the forum for discussing details:
https://www.raspberrypi.org/forums/viewtopic.php?f=37&t=150792

Can schools be landing areas? If so Eastlea Community School in East London would love it if you dropped by.

Of course, schools can prepare a mission for the robot. The Campaign was created with school kids and students in mind.
Eastlea Community School is listed on my page.
Thanks again for your participation!

I certainly hope the video can be recorded. That would be fun to watch, particularly if Pi Towers is a destination. I think this would be a fun project to support.

The robot will stream live videos and high resolution images from it’s destination areas. How to support or participate in the project is written on my pages:
http://homofaciens.de/robospatium-crowdfunding2016-01_en_navion.htm

The more feedback I get, the better.

Liz, will we be able to use it to spy out the super secret plans for the next pi model?

…tell me, what kind of sensors you’d like to be added to my robot ;-)

Time to go back it.

Would be glad to send my robot there. Do you know somebody on the Isle of Wight that could set up a mission target?

Oh.My.Gosh. This is a nerd’s paradise. Love the idea of getting the schoolkids involved. I peruse the Internet daily to find new topics to discuss on my FB page – the magnitude and scope of what’s happening in the tech world is staggering. Next thing will be the ability for humans to shrink themselves and ride/fly around in these ‘bots!

Wow this looks great – I agree with Steve and Noel. I think a school will be a great destination. The kids will love it and it might enthuse a new generation of inventors.