Connect your gaming PC to your TV with ease, thanks to Steam Link and Raspberry Pi. 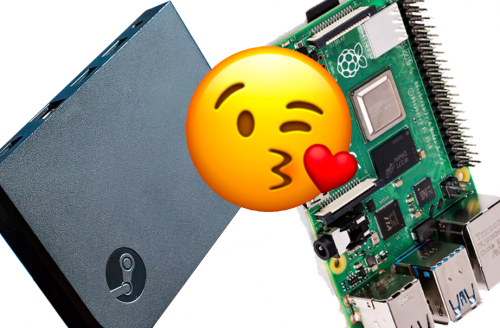 A Steam Link to the past

Back in 2018, we asked Simon, our Keeper of the Swag, Organiser of the Stuff, Lord Commander of the Things to give Steam Link on Raspberry Pi a try for us, as he likes that sort of thing and was probably going to do it anyway.

Valve’s Steam Link, in case you don’t know, allows users of the gaming distribution platform Steam to stream video games from their PC to a display of their choice via their home network, with no need for cumbersome wires and whatnot. 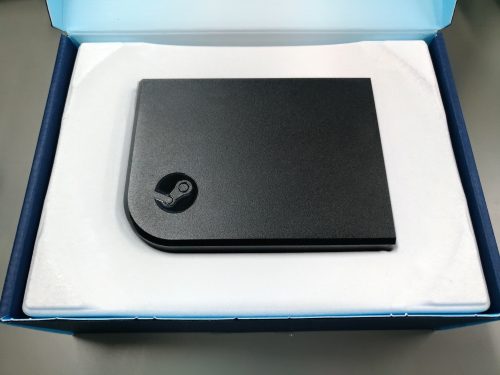 Originally produced as a stand-alone box in 2018, Valve released this tool as a free download to all Raspberry Pi users, making it accessible via a single line of code. Nice!

The result of Simon’s experiment was positive: he reported that setting up Steam Link was easy, and the final product was a simple and affordable means of playing PC games on his TV, away from his PC in another room.

Well, it’s 2020 and since many of us are staying home lately, so we figured it would be nice to remind you all that this streaming service is still available.

To set up Steam Link on your Raspberry Pi, simply enter the following into a terminal window: 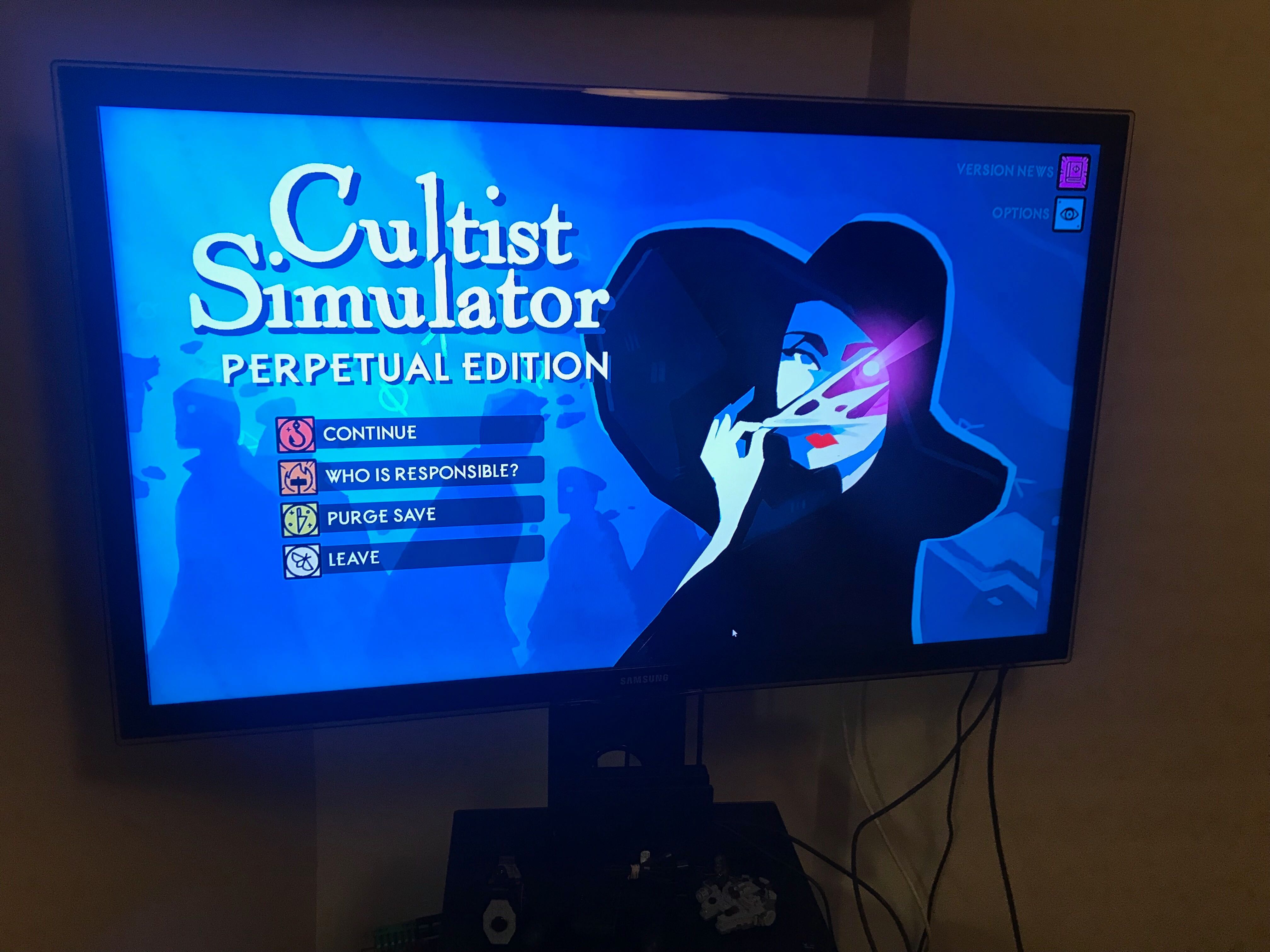 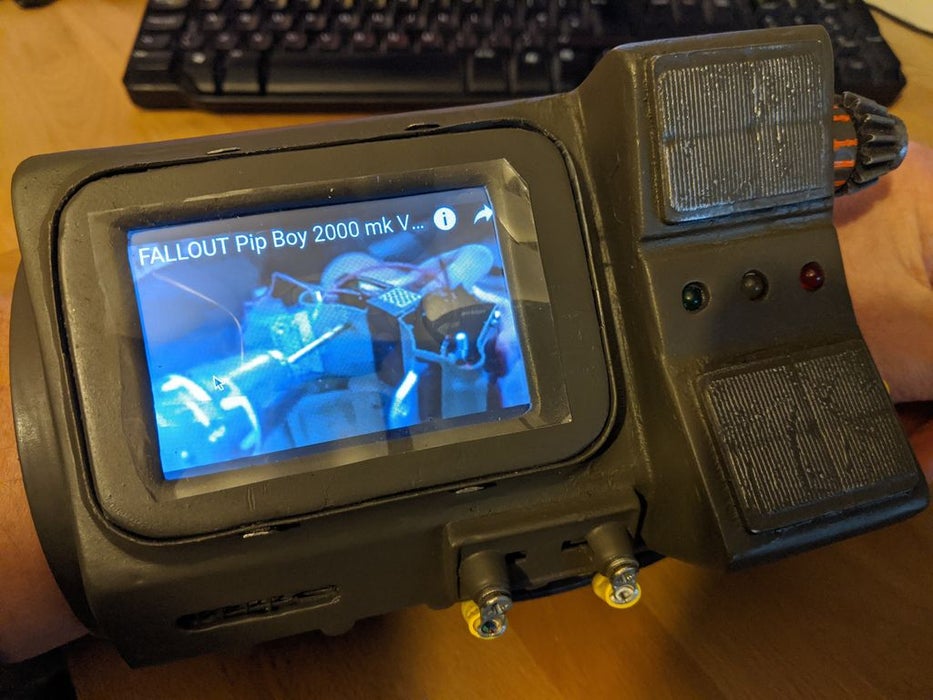 Stay busy in your Vault with a Raspberry Pi Zero Pipboy 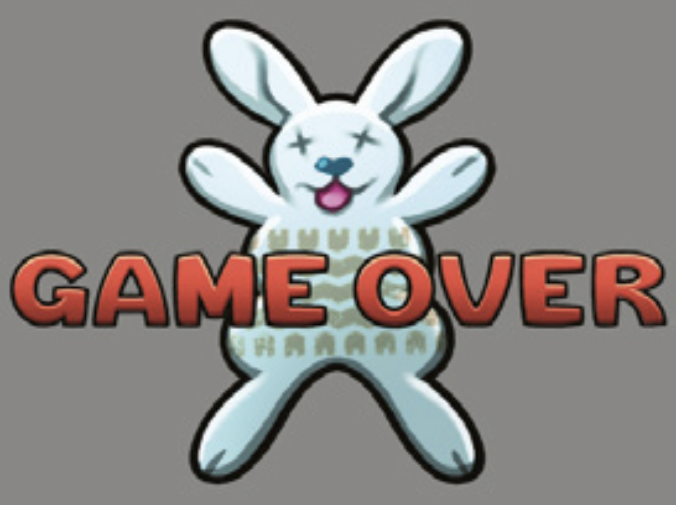 Except it doesn’t work smoothly on a 100mbps network…

Nothing anywhere is working smoothly on anybody’s network, and it’s not your Raspberry Pi’s fault; it’s because every on the planet is at home streaming Netflix and using online conferencing.

Steam in home streaming only uses your local network so it would not affected by anyone else’s internet usage outside your home. That being said, a Raspberry Pi 4 has full gigabit ethernet and hardware h264 decoding which should be more than enough for steam link.

Steam link is local. An alternative is moonlight as long as you have 1060 or better Nvidia card.

Keep server and clients wired if possible, if wifi only use 5Ghz.

This makes absolutly no sense at all. The RPI and the streaming PC are on the same LAN , it has nothing to do with the WAN.

Steam Link is local streaming within your own network. There is no reason why streaming done by other people outside of your local network should have any sort of impact on this.

But steam link is local…
Afaik the problem is the Ethernet on old pies being bottlenecked on the internal connection to cpu. Using USB adapter will help.
This was fixed on the pi4 I believe?

Also any way you can get a aarch64 binary out? Afaik it’s 32bit arm only right now so can’t use it on my 64bit only OS setup.

Think the point Liz was making is if you home network looks like a typical home network modem and wireless router. Then it in fact does matter if someone is streaming Netflix because that wireless router is doing processing of packets for both WAN and LAN… LAN doesn’t magically get a free pass on the packet processed. If your wireless routers is saturated with external traffic it will affect your LAN. Actually a lot of things cause issues in home networks one in particular that I’ve seen in the past is the multicast packets that Apple devices famously love to use! Don’t take my word for it.. https://wyebot.com/2019/02/13/multicast-broadcast-traffic-worry-part1/

Are you using Wifi maybe? It is recommended to have a wired internet connection on both the computer running the game and the raspberry pi.

I thought Steam Link was entirely local and doesn’t send data over the internet. Do I have the wrong idea?

“Valve’s Steam Link, in case you don’t know, allows users of the gaming distribution platform Steam to stream video games from their PC to a display of their choice via their home network, with no need for cumbersome wires and whatnot.”

Local network. It is possible that SteamLink is sending data to the steam servers ( analytics ?)

It is local, but the Pi is the bottleneck (or at least was, I believe the Pi 4 fixes this) where it couldn’t actually use its own 100mbps ethernet connection at anything close to the speed it was supposed to. I assume a combination of low power and slow I/O being the cause but hopefully someone from the foundation can explain the details.

I agree. It should run on your local network, but running it on 100mbps WiFi has it’s limitations.

I take it you still need a PC for the games? That’s not for me. I’m strictly Raspberrypi user now. No PC or Mac. I wonder if Stadia is an option with Raspi4, though?

Yes, you need a computer that is capable of running the game correctly. It can be either a windows or Mac (or maybe even Linux, i’m not sure). A wired connection on both this computer and the raspberry pi is highly recommended.

Throughput isn’t the deal here, it’s latency. So if you have a high throughput, high latency wifi network, you will probably have a crappy steam link experience. If you have wired gigabit between the steam link and your computer, it will probably be a lot lower latency.

After thinking about it for a long time, I finally decided that my friends and I are going to make a 3D printing kit based on Raspberry Pi by hand. All the processes and steps are accompanied by screenshots and text to show everyone the process. Interested friends can make a photocuring 3D printer of their own.

You should be using a gigabit network

Well , let’s clear it up then. Wap=incoming connection to router (local network), line from the web. Lan = internal network hardwired. If you are worried about WiFi try the new WiFi 6 ax, it is capable of all bands on the WiFi range and transfers and receives data in a better way. I also believe that the pi4 can make use of wifi6, adding perfermence both power and security. Does any one know if it’s possible to set up the shield gameing platform on a raspberry, as in principle as it is web based and will work on am androide it should be possible. This way you could have something that would outclass shop bought platforms. Hummm,…

Even though I use the built-in WiFi for SteamLink I’d say the quality is very good. Biggest factor when it lags is usually encoding speed on my host machine.

I have steamlink device and rpi 3+
Rpi has input lag problem, it’s impossible to play platformers via rpi’s steamlink.
Steamlink hardware works much better.
P.s I use 1G wired connection.

If you have an Nvidia Shield use it in place of the rpi and you’ll get a much better experience!

I connected my rpi using 5G wifi but it wasn’t great (I read that the onboard wifi chip isn’t the best and can sometimes have a lag of up to 250ms). However I’m now using my rpi wired up to my router via ethernet, and it works great even though it’s streaming from a PC that in a different room on a different floor. :)

Liz is absolutely correct. Most people will only have the cheap router supplied by thier ISP. These only have a small bandwidth. If you’ve only got basic broadband, then you’ve probably only got a router with 100Mb ports with at most 300Mbit backbone speed (the maximum throughput between all ports). So if you’ve indoors with the rest of the family you’ll be lucky to get 50Mb.

Even if you’ve got the fibre broadband, you’ll still be sharing a lot. ISPs only pay for devices that can get traffic from phone line to devices at the advertised speed. They’ve no business case for giving customers good speeds between ports (wired or wifi).

If you need to decent speed and decent latency, hand a gigabit switch off one of the ethernet ports from your router, and connect your PI and PC into the ports on the switch, using CAT-6 cable in the switch ports. You can pick up a good 8 port gigabit switch from the likes of TP-Link, D-Link or Netgear for under £30.

Don’t forget that it’s possible to set up a LAN that is totally removed from the Internet. Many people have an old DSL modem/network-router lying around which can be used to set up a ‘really’ Local area network, unimpeded by the likes of cable-TV/Netflix flowing through the router. It is well explained in the linked article (an earlier draft of a highly readable journal paper) titled:
‘Local Area Network (LAN)-Based Digital Signage Solution Using Raspberry Pi’
The pdf is about 785K and is available here: www. DigitalFriend.org/document/LAN_Based(nonInternet)DigitalSignageUsingPi_V2. pdf

I have been trying on my raspberry 4 to use steam link for quite some time and cannot figure it out. I can play steam link just fine on my iPad and it works perfectly, but when I use the RPi4 it is very laggy and an extreme amount of input lag, is there something that I am doing wrong?

Does it work on a Raspberry Pi 0w?