The history of Pokémon in 30 seconds

The Pokémon franchise was created by video game designer Satoshi Tajiri in 1995. In the fictional world of Pokémon, Pokémon Trainers explore the vast landscape, catching and training small creatures called Pokémon. To date, there are 802 different types of Pokémon. They range from the ever recognisable Pikachu, a bright yellow electric Pokémon, to the highly sought-after Shiny Charizard, a metallic, playing-card-shaped Pokémon that your mate Alex claims she has in mint condition, but refuses to show you.

In the world of Pokémon, children as young as ten-year-old protagonist and all-round annoyance Ash Ketchum are allowed to leave home and wander the wilderness. There, they hunt vicious, deadly creatures in the hope of becoming a Pokémon Master.

Adrian is a bit of a deep learning pro, as demonstrated by his Santa/Not Santa detector, which we wrote about last year. For that project, he also provided a great explanation of what deep learning actually is. In a nutshell:

…a subfield of machine learning, which is, in turn, a subfield of artificial intelligence (AI).While AI embodies a large, diverse set of techniques and algorithms related to automatic reasoning (inference, planning, heuristics, etc), the machine learning subfields are specifically interested in pattern recognition and learning from data.

As with his earlier Raspberry Pi project, Adrian uses the Keras deep learning model and the TensorFlow backend, plus a few other packages such as Adrian’s own imutils functions and OpenCV.

Adrian trained a Convolutional Neural Network using Keras on a dataset of 1191 Pokémon images, obtaining 96.84% accuracy. As Adrian explains, this model is able to identify Pokémon via still image and video. It’s perfect for creating a Pokédex – an interactive Pokémon catalogue that should, according to the franchise, be able to identify and read out information on any known Pokémon when captured by camera. More information on model training can be found on Adrian’s blog. 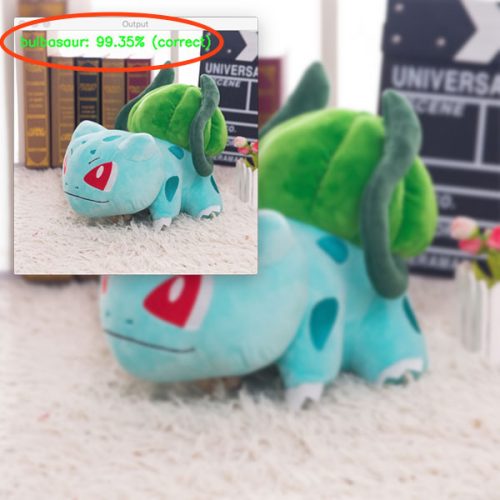 For the physical build, a Raspberry Pi 3 with camera module is paired with the Raspberry Pi 7″ touch display to create a portable Pokédex. And while Adrian comments that the same result can be achieved using your home computer and a webcam, that’s not how Adrian rolls as a Raspberry Pi fan. 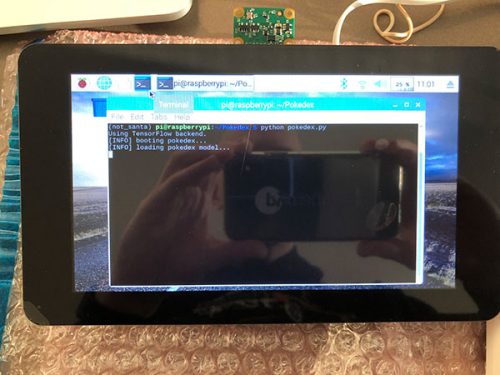 Plus, the smaller size of the Pi is perfect for one of you to incorporate this deep learning model into a 3D-printed Pokédex for ultimate Pokémon glory, pretty please, thank you.

Adrian has gone into impressive detail about how the project works and how you can create your own on his blog, pyimagesearch. So if you’re interested in learning more about deep learning, and making your own Pokédex, be sure to visit. 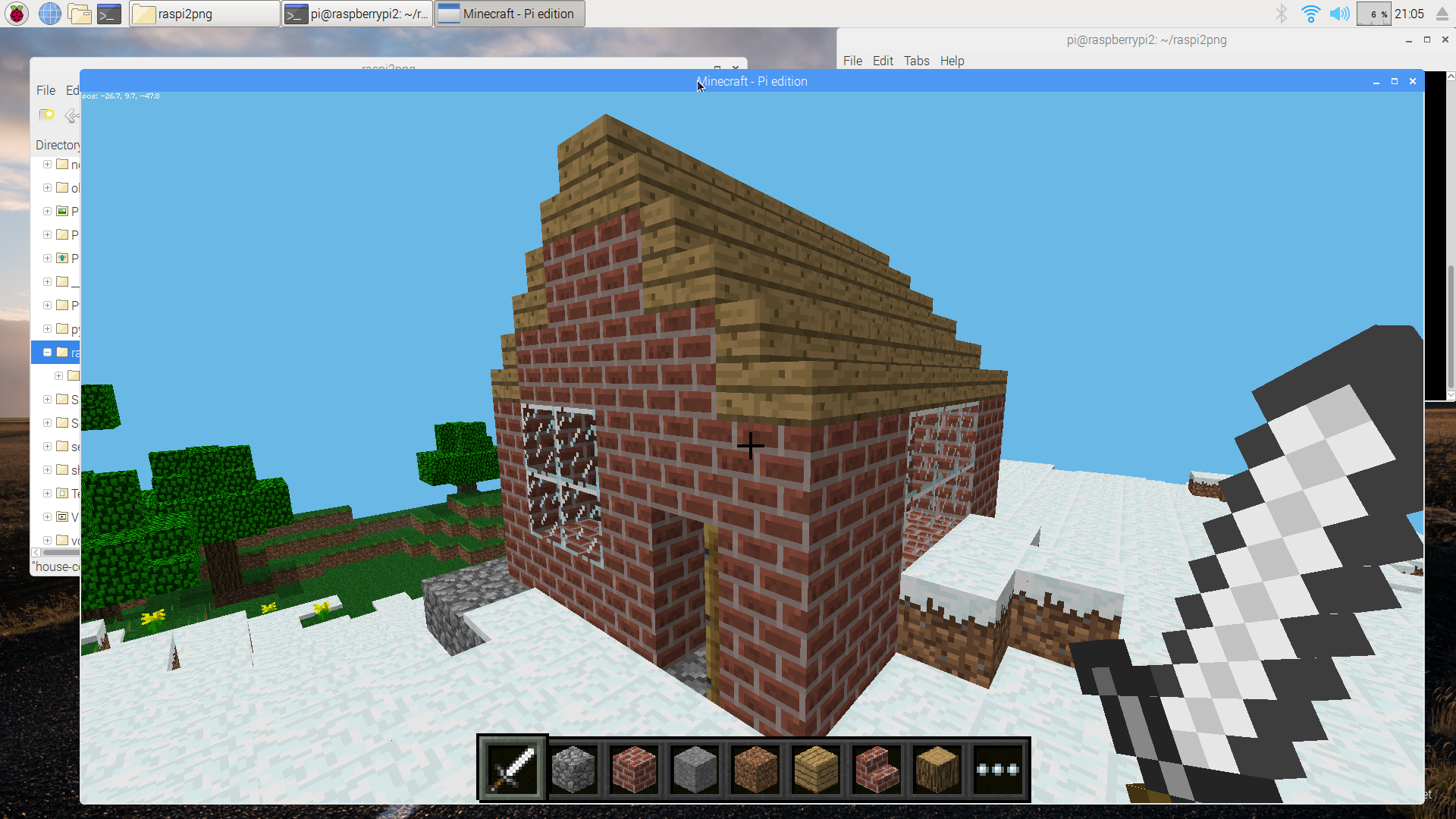 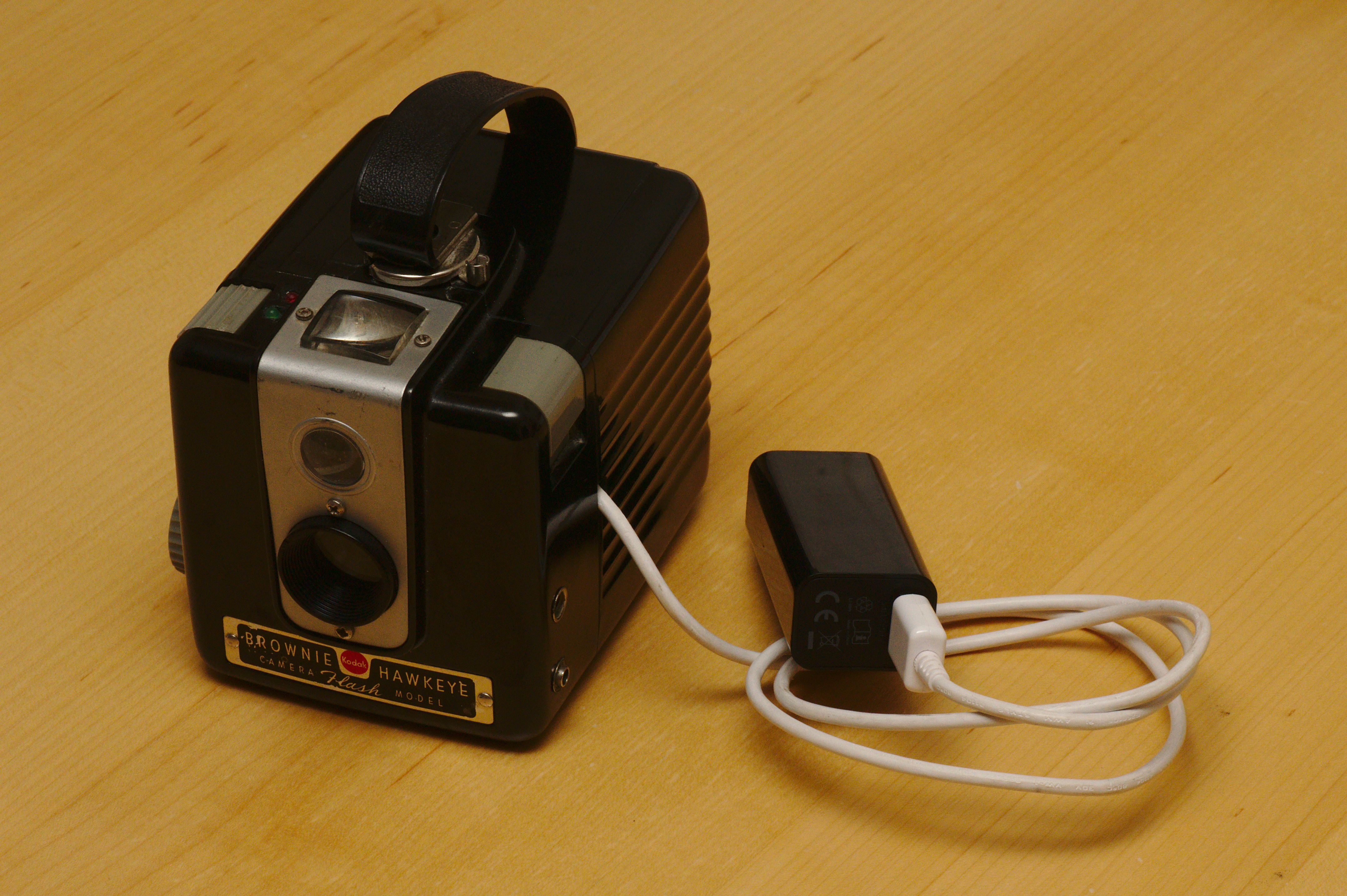 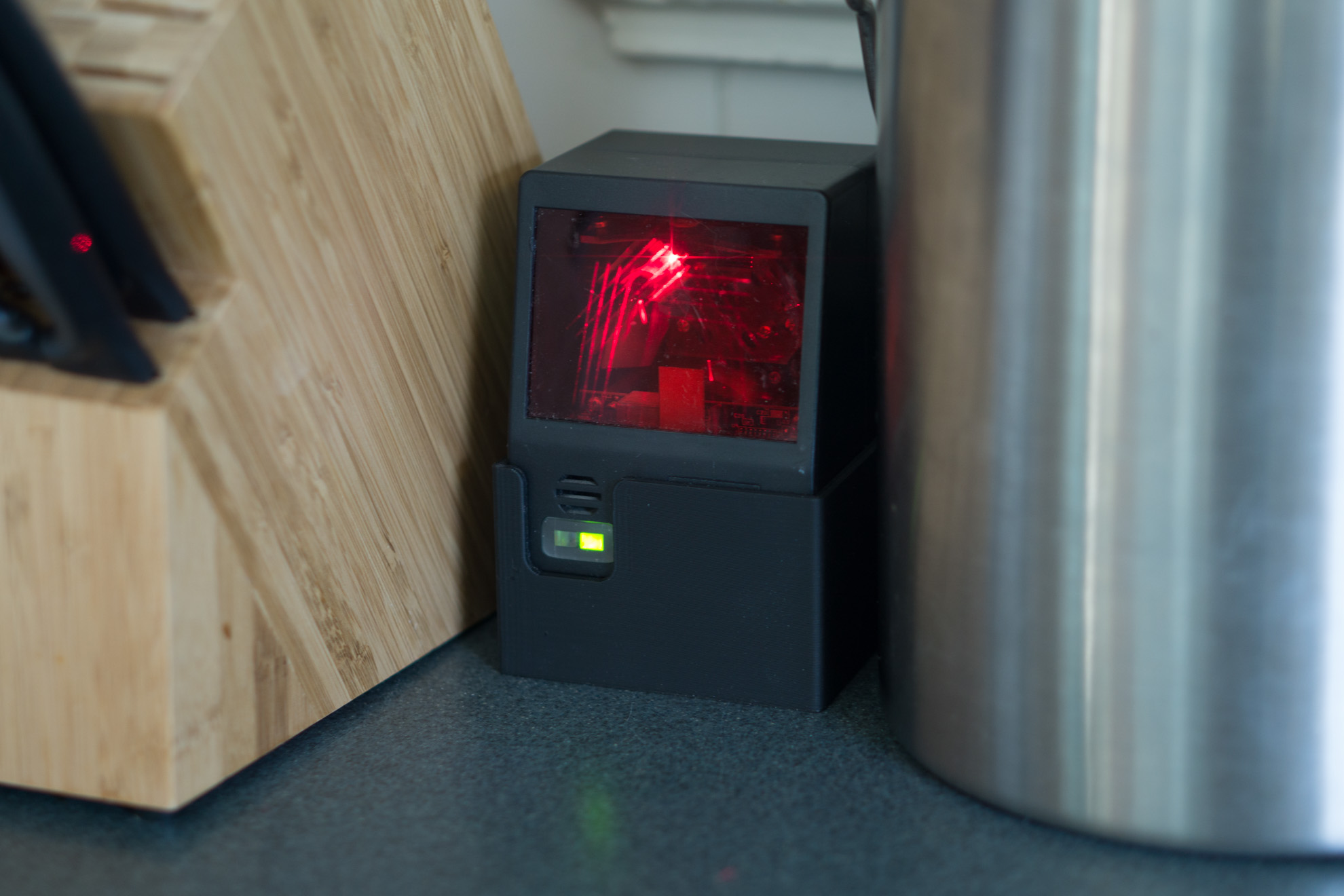 Scanning snacks to your Wunderlist shopping list with Wunderscan

When it comes to artifical intelligence (AI) this realtime(!) standalone pi-zero application may be of interest :

https://www.youtube.com/watch?v=zRaQS5MA2fU
(No extra Hardware (except the cam) is required)

The software is cool, but it’s needs MORE HARDWARE! I want to see this with a red 3D printed case. Oh boy, something else to add to my ever growing list of cool things to do that I probably won’t ever get around to doing….