We came across this tweet from Stephen Reid, an IT department head showcasing his students’ finished project: a full-size Raspberry Pi Zero-powered arcade. So we asked him how they made it.

Art, IT, and Design students from Meridan State College in Queensland, Australia collaborated to build this arcade machine. And they even made their own games to play on it.

They followed Microsoft’s ‘cardboard’ guide which takes you through all of the technical instructions for creating your own arcade machine.

Teachers ran a competition to create games for the arcade machine using MakeCode Arcade. All the students who contributed to the project got to sign their name on the back of the cabinet. They found Raspberry Pi Zero to be a little underpowered for some of the more detailed games the students made, but Stephen says that overall it’s “rock solid”. Not bad for a $5 bit of kit.

The school’s manual arts teachers constructed the cabinet based on designs found on the internet. It was configured to fit a Dell VGA monitor as the screen. The panel where the controls go slides into the cabinet so it can easily be opened to access the wiring and components inside. Finally, the teachers fitted the cabinet with castors so it’s easy to move between faculties at school. Genius.

They chose to mount the speakers inside the cabinet at the top to keep it clean, and drilled holes near them to let the sound pass through. However, the sound turned out to be a bit rubbish so there are plans to incorporate an amplifier.

Art students were tasked with painting the cabinet so that it looked the part. Their design brief was to incorporate school colours and a retro game aesthetic. 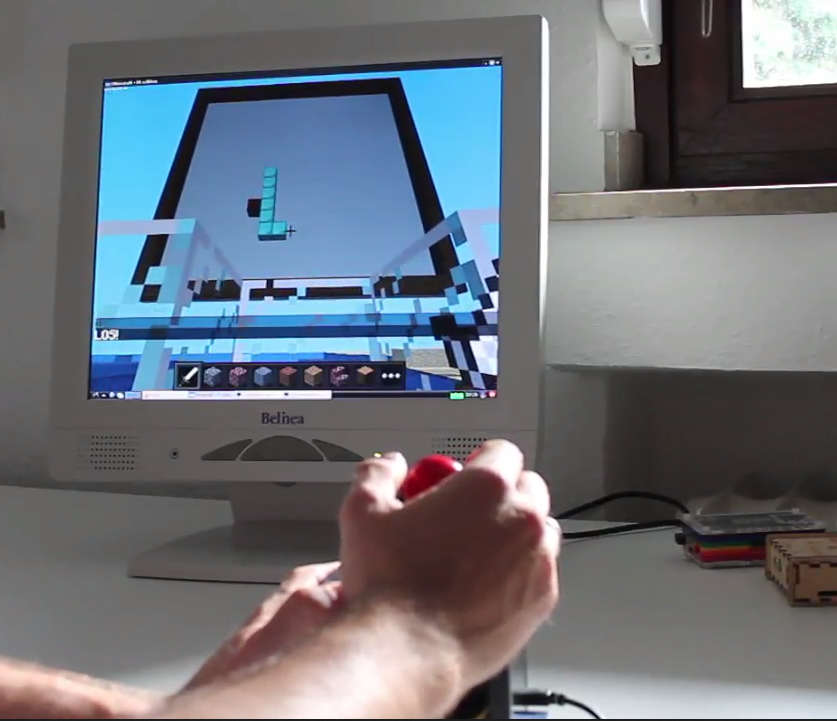 It’s a problem with graphic driver and lack of software optimalisation. Retropie is able to run Quake on rpi1 256MB