Here at Raspberry Pi, we get to attend all sorts of exciting events, from Maker Faires and Raspberry Jams to education and technology gatherings. So far, we have never made it to the American Library Association’s annual conference and exhibition. There’s a first time for everything, though, so at the end of June, Matt, Courtney, and I packed our bags with stickers, books, and heavy-duty sunscreen, and headed off to the enormous Orange County Convention in Orlando, Florida to spread the word about Raspberry Pi to the library and information science community.

You may wonder what libraries have to do with coding in general and with Raspberry Pi in particular. Remember that libraries have transformed their spaces to respond to the needs of modern users, and deal with coding and digital making on many levels, as well as providing an inclusive venue for teaching and learning within the local community. We met many librarians, both from school libraries and from public ones, who were either already running makerspaces within their library service, or were figuring out how to offer makerspace facilities to their users. While libraries, particularly those outside the school system, may not have a formal requirement to support the local educational curriculum, it is clear that the vast majority of staff were keenly aware of current developments in ICT education, and were eager to support these to the best of their abilities. On the second full day of the conference, Matt Richardson delivered his talk, Library of the Future – Learning with the Raspberry Pi Foundation, which sparked an enormous amount of interest from conference attendees. At our stand in the exhibition hall’s Maker Pavilion, we met many people who had heard Matt speak, and who were now full of excitement about the ways in which they could use Raspberry Pis in their own library service, as well as those who were delighted to hear that their own programmes were inspirational to others.

Hello #alaac16 librarians! Come meet some of the Raspberry Pi team at booth 875! Try out our $35 computer! pic.twitter.com/GUvxsvSAed

Makerspaces and coding lessons within the library itself may be one way in which services can provide innovate resources for users, but these were far from being the only ways in which we saw Raspberry Pis being used in the industry. Many libraries were using Raspberry Pis to provide educational resources for children and young people of all ages, while others were providing similar services to adult users. Others were thinking of ways to put the tools for learning literally into the hands of their users, by making up kits of Raspberry Pis and necessary peripherals, which could then be put into circulation for home use. Gratifyingly, nobody reported problems with hardware going missing, and the potential danger of personal data going astray was dealt with by a policy of formatting and re-imaging the SD cards of returned Pis. The low cost of the Pi was also instrumental in its integration into other aspects of library service life: many Pis were reportedly being used to drive digital display screens, or as general public workstations. At least one library is using Raspberry Pis to drive their OPACs (web-catalogue terminals, for the uninitiated!), and there was a great deal of interest in the possibility of Pis being used to run self-service book checkout kiosks. This would, however, mean that the Pi would also have to deal with the deactivation of RFID tags, which might make for a more complicated conversion process. Our stand in the Maker Pavilion. The stickers proved to be very popular!

Elsewhere, Raspberry Pis were being used in more unexpected projects: the ResCarta Foundation are a non-profit organisation working on low-cost digitisation projects and open-source software and community metadata standards to support them. They are currently using Raspberry Pis to run their scanners, and are working on making their cataloguing and indexing software able to run on Raspbian. It’s easy to see how this could be an extremely important resource for archives and records management services anywhere where budgets are tight. ResCarta already have plans to work with archives in the developing world to help safeguard historic documents, photographs, and recordings. Another wonderful Pi-powered device with a very different intended user group was the Call Me Ishmael telephone. This retro telephone, controlled by a Pi, can be installed in libraries, bookshops, and other places, and functions as in interactive book-recommendation device. It’s a lot of fun! Perhaps one of the most cheering things about attending the ALA conference, though, was how very inclusive we found it. In an exhibition hall full of publishers, zine makers, LMS software vendors, and, at one point, several full-size bookmobiles, a computing charity might have expected to feel a little out of place. Nothing could have been further from the truth, and we were welcomed with open arms. An impromptu bookclub meeting which sprang up in one of the meeting areas.

In a broader sense, the entire conference was marked by a widespread drive towards inclusion, tolerance, and embracing diversity. Opening less than two weeks after the devastating mass shooting at the city’s Pulse nightclub, the conference’s organisers and delegates were to be commended for their outspoken and all-pervading commitment to all ALA members and library service users, and to the LGBTQ community in particular. Pride flags were in evidence throughout the venue, and all attendees were offered rainbow ribbons to wear, with most people sporting them proudly throughout the event. The conference website featured a page on support activities which might be helpful in the wake of the tragedy, and several bathrooms were specifically designated for the use of any person regardless of gender identity or expression. In a statement released the day after the shooting, and shortly before the conference opened, ALA president Sari Feldman underlined the important role libraries play in society: “Our nation’s libraries serve communities with equity, dignity and respect. ALA will carry this legacy to Orlando. In defiance of fear, ignorance, and intolerance, the library community will continue its profound commitment to transforming communities by lending its support…Librarians and library workers are community leaders, motivators, and social change agents”. On a more personal level, one librarian who visited our stand proudly told me, “whenever someone comes into the library, no matter who they are – whatever race, sexuality, or religion – it’s my job to help them. And that’s what I do”. Although we were only a small part of a very large conference, we at Raspberry Pi are delighted to work with such a wise and welcoming group of people as the bad-ass librarians of ALA. ETA: How could I have forgotten to include this ALA moment? A rather bemused Matt (not a Harry Potter reader) meeting Dobby the elf for the first time… 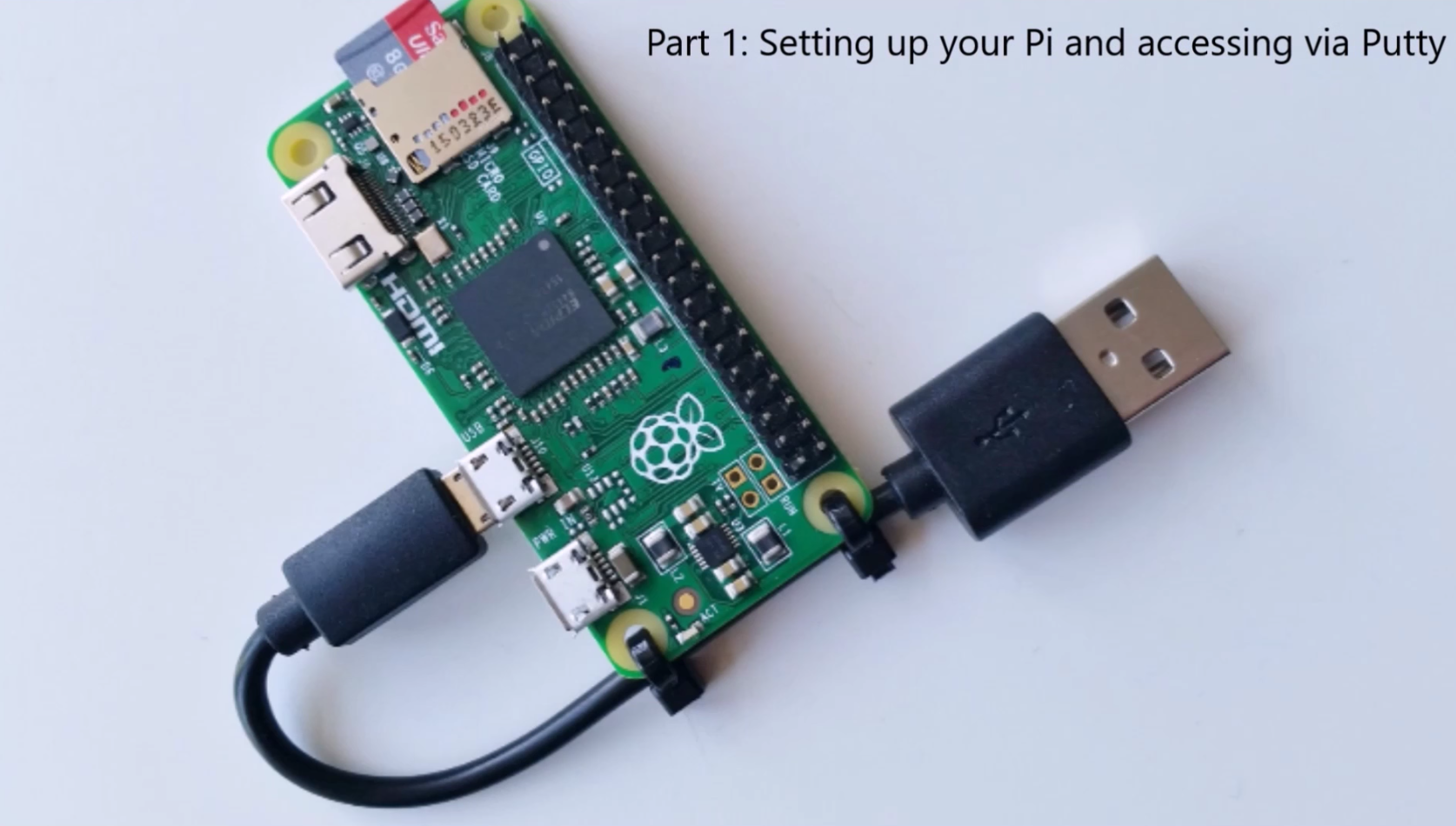 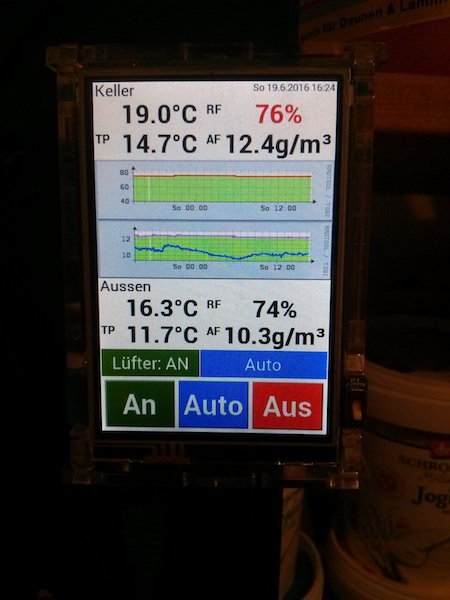 I used a non gender specific toilet in Poland and had a conversation with a female colleague ‘through the wall’ in an attempt to make it ‘not weird’ …. I’m not sure either of us managed to do what we set out to …

I’ve used quite a few in the US and the UK (always in big cities, and usually in restaurants); didn’t find it weird at all. And a mixed toilet is an absolute blessing from the point of view of the queuing times.

The waiting times are a blessing for women maybe, but not for men :)

I would not object to finding Tony Stark in the work toilets. (Quite apart from anything else, he might bring Captain America with him.)

Expediency seems to be informing much of design these days. One WC is also cheaper to buy, build and maintain.

Interesting.
Last week, at the Chalke Valley History Festival, there were the usual Gender-Specific Loos, and a number of porta-loos, inevitably Non-Gender-Specific.
The mud was deepest in front of the female GSLs, probably because they only had one door. In front of the NGSLs – each with its own door – the mud was only a couple of inches deep.

I’ve noticed that at the Bay Area Maker Faire as well. Inside toilets are gendered, portapotties are a free-for-all. The line for the ladies’ inside is always tens of minutes long (there are about 150,000 attendees). The portapotties never have a line. (Neither inside nor outside loo is noticeably more or less clean than the other.)

Lorna has outed me as one of the few people out there totally ignorant of the world of Harry Potter! I had no idea who that little troll was until she filled me in.