Computer science teacher Chris Aitken fitted an old rotary phone with a Raspberry Pi so users can dial up and listen to oral history recordings.

First, Chris had to find a way to translate the rotation of the phone’s old-style dial into something the Raspberry Pi can read. Once he had sorted that out, it was fairly simple to make the Raspberry Pi play the right recording and output the sound.

Chris took inspiration from Dan Aldred for the Python code. It was fairly simple to link each MP3 recording to a specific phone number once the code dealing with the rotary dial was in place. The rotary dial connects to the Raspberry Pi via the GPIO pins. There’s one pin to manage the “pick up” switch, one to detect the start of dialling, and one that pulses according to the number you’re dialling.

When Chris first started work on the project, he tried using Raspberry Pi Zero, because of its tiny footprint. But after some debugging, he found that the 3.5mm audio from a standard Raspberry Pi better suited his needs.

Using an LM386 amplifier for the sound worked well. Chris wired the amp up directly to the speaker in the phone handset. Then his build was ready to share one of the three hundred oral history recordings stored on the Raspberry Pi.

Chris’s focus for this project was that it should resemble, as closely as possible, an original rotary handset. Even down to the dial tone when you pick the phone up. He thought this would enhance the experience for older users keen to hear stories from their past.

The phone is now making its way around local day centres for older people. It allows them to listen to the recordings in the Wick Society’s Wick Voices project without even needing an internet connection. 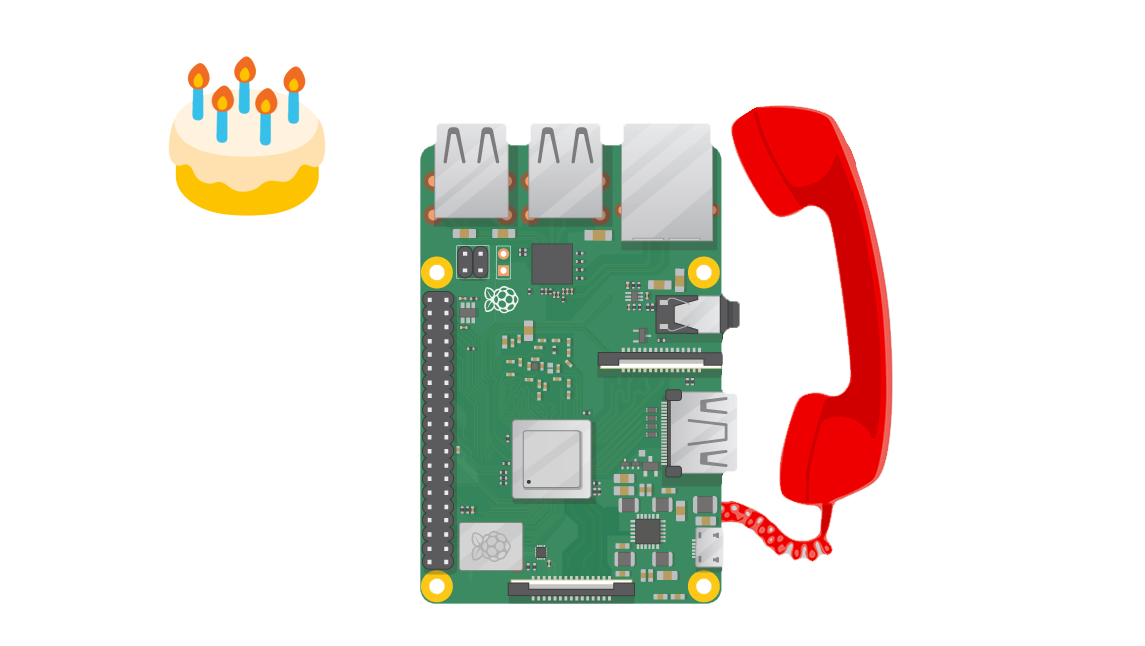 Yayagram makes it easy for grandparents to keep in touch

This is an excellent idea, I have a couple of old rotary phones which could be put to good use. Please can you share the code and circuit diagrams? ☎️😎

This is an absolutely brilliant idea! I might have to do something similar to myself just for fun.

And bonus points for the Rick Roll!

This project is awesome! Load them up with batteries and put them in museums across the globe!

Pretty cool. I like ‘Wick’ on the label.
The dial tone should stop on the old rotary phones as soon as you dialed the first digit. I’m a retired telephone company employee.

An amazing project! Are there any links to the project itself, rather than Twitter links?

Nice project. Reminds me of a Dutch project for dementing people, still knowing how to use an old phone, so they can listen to their favourite songs (https://www.wonderfoon.eu/en/home_en/).

Links to design and code docs or it didn’t happen! ;-) Please?