If you’ve read a blog on a Raspberry Pi website, chances are it was written by Liz. If you’ve replied to a Twitter post from @Raspberry_Pi, chances are that Liz wrote it. In the latest issue of The Magpi, we get to know her a little more.

For several years, at the start of Raspberry Pi as a computer and charitable Foundation, Liz Upton was the entirety of the team relaying official Raspberry Pi news. While she doesn’t have to do everything any more, her influence is still there, despite that never really being the plan.

“I was a freelance copywriter and editor, working on food, travel, and fragrance beats; it was a lovely job,” Liz explains. I got to review the maiden voyages of cruise ships, travel around the world eating weird stuff, and feel accomplished (I was the main collaborator on a bestselling National Geographic book on food travel, and won a bunch of awards).

“I’d come on board to help out with Raspberry Pi on the understanding that I’d get press and community on an even keel, then hand off to someone else so I could go back to swanning about in nice hotels and writing about eating gelatinous cubes in Japan. Ten years later, I’m still here running our now-quite-hefty marketing and communications department, and I’ve got absolutely no intention of going anywhere else!”

From your position, how did you think the original Raspberry Pi release would go?

We knew it’d be a success; it was pretty clear that there was a really engaged community out there, and I spent a lot of my time talking to those people in person at Maker Faires and other events, and online. The degree of success was completely unexpected. There’s a concept called the Success Disaster, and honestly, we only just skirted around one of those; on day one we had 2000 Raspberry Pis on a pallet and enough parts to make another 10,000 or so; but we got orders for more than 100,000 just on that first day. At one point on that day, we were getting 700 orders every second. I will admit to several moments of blind panic. Thankfully, we had some great manufacturing partners and a community that responded really well when we explained exactly what our pipelining issues looked like.

Even after that, I never imagined we’d be where we are today. By the end of last year we’d sold 45 million Raspberry Pis; I remember the day we sold a million and being blown away. To have got here and to still be steaming ahead still seems extraordinary to me.

What are your favourite things you’ve made with Raspberry Pi?

There are two different categories for me: the practical (the Pi-hole in the cupboard with the router and the NAS box) which I use every day; and the fun stuff. My most fun project was stupidly simple, but made me very happy: it’s a big hand-painted box with arcade buttons on top that I made for my son so he could press them to play his favourite tunes. His big sister has a RetroPie setup that I painted too.

Oof: that’s a hard one – there are so many. The earliest ‘wow’? A couple of months after we launched, a fella called Dave Akerman started using Raspberry Pis to send live pictures and GPS data from hydrogen balloons he was launching into near space. He invited me and Eben to come to a launch, and it was just the best fun: watching these beautiful images of the curvature of the Earth and the darkness of space coming in in real time, then going on an off-road drive and hike to find the remains of the balloon (and the Pi!) once it had popped at altitude. Dave’s a superstar; I should catch up with him soon! 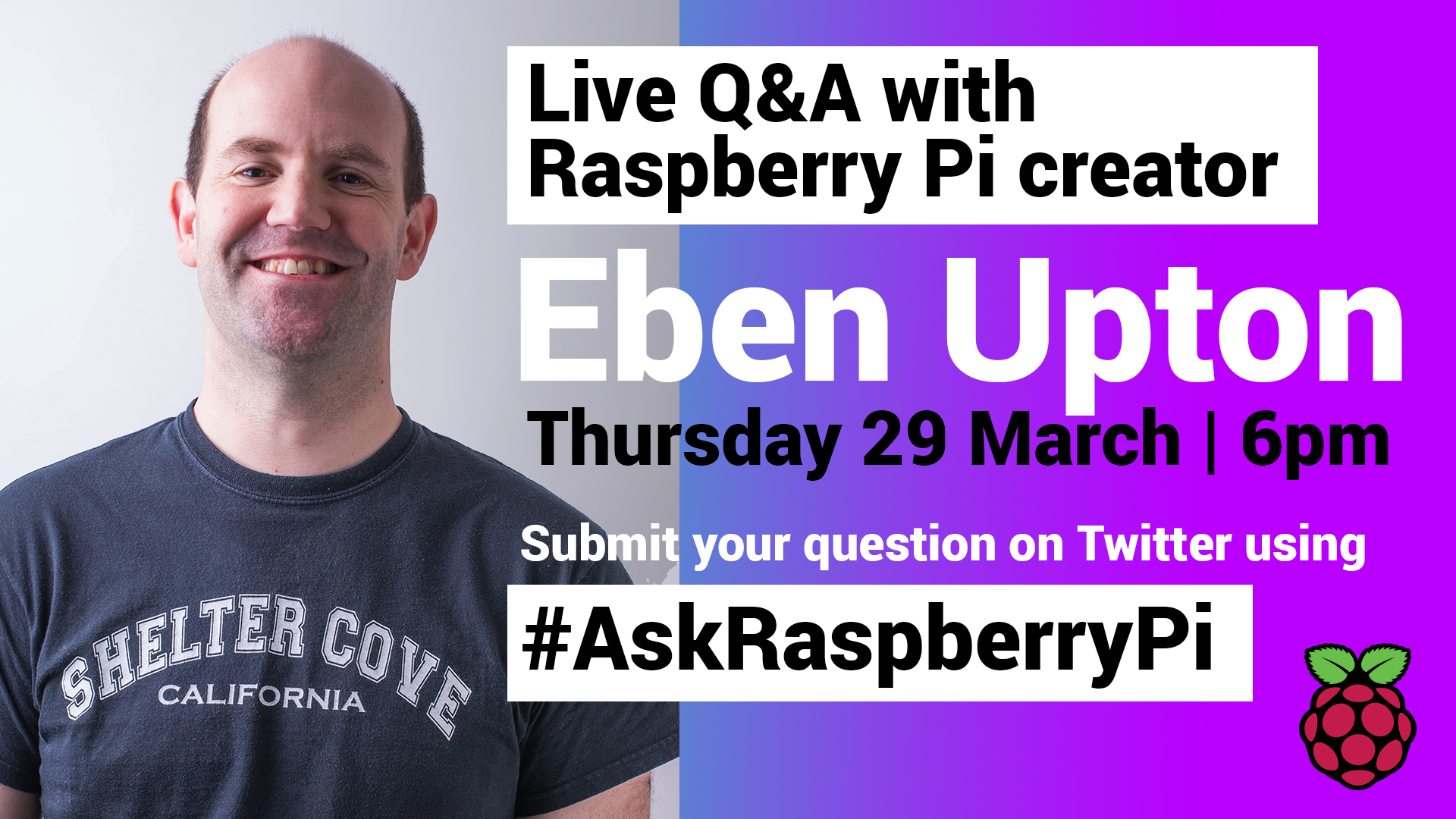 The answers to your questions for Eben Upton

Continued: the answers to your questions for Eben Upton

Hi Liz,
Can you fill us in on that super-fun BigHak you’re sitting in? Is that RPi-powered in any way? I’m looking around for Mattel PowerWheels mods, and thought this might be one. And if it had anything Pi-flavored with it, all the better. TIA.

It’s a thing of beauty, isn’t it? (And yes, it’s driven by a Pi.) It’s made by the folks at Hitchen Hackspace. You can find its Twitter account here: https://twitter.com/thisisbighak